The Washington Capitals placed Brendan Leipsic on unconditional waivers on Friday, two days after it was revealed the forward made misogynistic comments in a private group chat. The team said the move was made with the intention of terminating Leipsic's contract.

The Washington Capitals placed Brendan Leipsic on unconditional waivers on Friday, two days after it was revealed the forward made misogynistic comments in a private group chat.

The team said the move was made with the intention of terminating Leipsic's contract. The 25-year-old signed a one-year, $700,000 US deal in July.

The Washington Capitals have placed Brendan Leipsic on unconditional waivers for purposes of terminating his contract.

Screenshots from the chat featuring Leipsic, who is from Winnipeg, were published on the Instagram account @angelszeee2020. That account has since deleted them, but they continue to circulate on social media.

In a statement on Twitter, Leipsic said his friend's account was hacked and acknowledged he was part of those conversations.

"I fully recognize how inappropriate and offensive these comments are and sincerely apologize to everyone for my actions. I am committed to learning from this and becoming a better person by taking time to determine how to move forward in an accountable, meaningful way. I am truly sorry," Leipsic said. 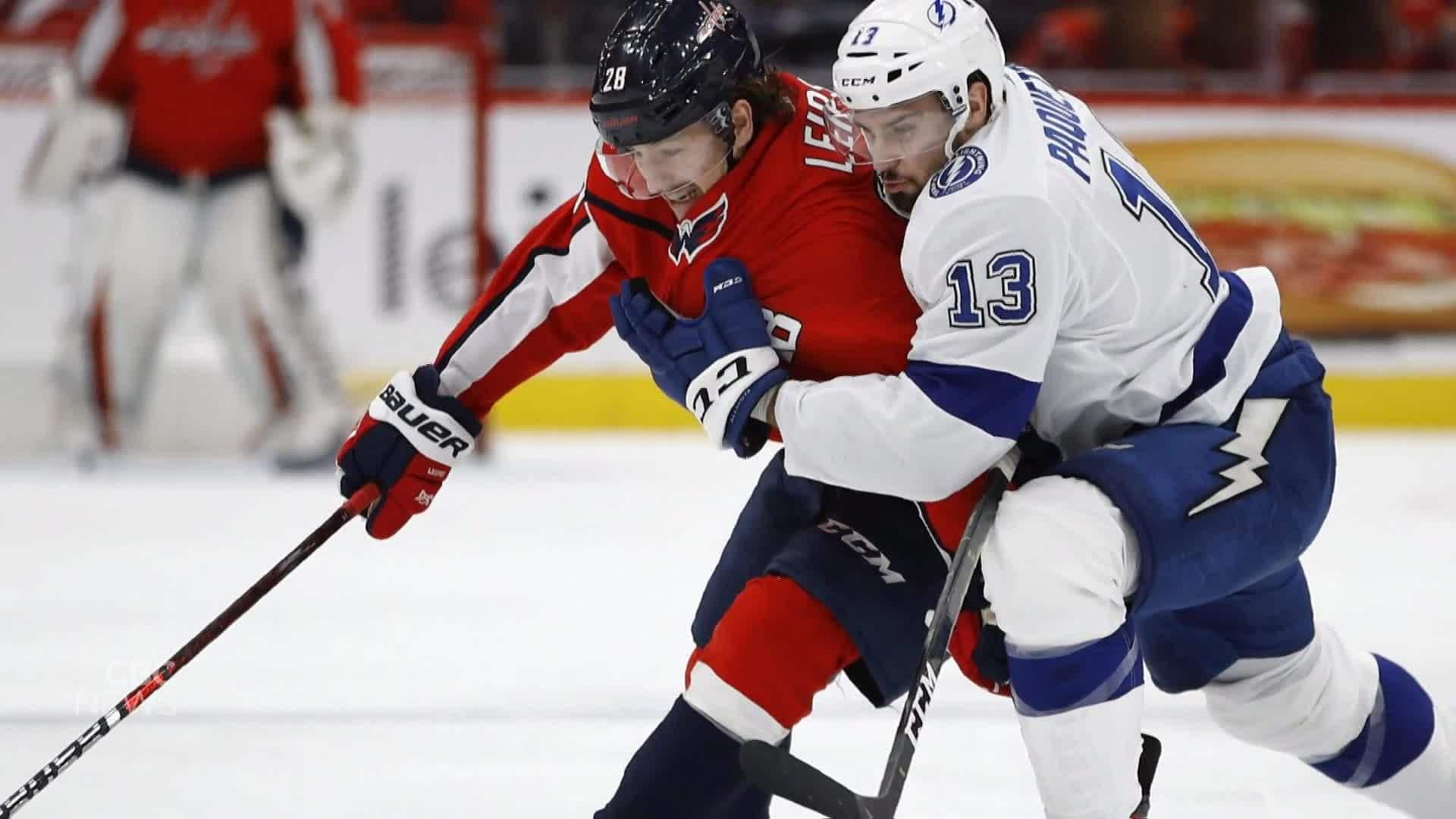 Leipsic's younger brother, Jeremy, also participated in the group chat and was kicked off the University of Manitoba hockey team on Thursday.

Agent Craig Oster did not immediately respond to a message seeking comment whether Leipsic would file a grievance over the contract termination through the NHL Players' Association.

In a statement to CBC Sports, the Capitals had said they were investigating the situation.

"We are aware of the unacceptable and offensive comments made by Brendan Leipsic in a private conversation on social media. We will handle this matter internally," the statement read.

Jack Rodewald, a 26-year-old also from Winnipeg, who has played 10 games with Ottawa Senators since 2018, was also involved in the group chat.

The NHL later released a statement saying it would address the "inexcusable conduct moving forward.

"The National Hockey League strongly condemns the misogynistic and reprehensible remarks made by players Brendan Leipsic and Jack Rodewald.... There is no place in our league for such statements, attitudes and behaviour, no matter the forum," the statement read.

Leipsic tallied 11 points (three goals, eight assists) in 61 games with the Capitals during the 2019-20 season. He has collected 59 points (16 goals, 43 assists) in 187 career games with the Toronto Maple Leafs, Vegas Golden Knights, Los Angeles Kings, Capitals and Canucks, where he was briefly a teammate of Pearson.

In one instance of messaging in the group chat, Leipsic posted a photo of a former teammate's wife and wrote "look how fat" she "is lol."

Leipsic also refers to women as pigs and makes light of other women's weights in various other messages.

He also insults other NHL players.

In one, he reposted a picture of Canucks forward Jake Virtanen on vacation with friends, calling it "easily the worst crew in the world."

He also posted a picture of Capitals teammates with the comment "f--k they're losers."