Auston Matthews continued his dominance on opening night. The Maple Leafs centre scored twice as Toronto defeated the Ottawa Senators 5-3 in the curtain-raiser on the 2019-20 NHL season Wednesday.

John Tavares started the night by stepping in front of an adoring crowd with a white 'C' — possibly the most talked about piece of fabric in hockey — stitched to his blue sweater.

Then like the three previous season openers of his young career, Auston Matthews took over.

The Maple Leafs centre scored twice as Toronto defeated the Ottawa Senators 5-3 in the curtain-raiser on the 2019-20 NHL campaign Wednesday.

The Leafs unveiled Tavares as the 25th captain in franchise history during a raucous pre-game ceremony at Scotiabank Arena, with Matthews, winger Mitch Marner and defenceman Morgan Rielly named as alternates.

Tavares was told the news Monday, with his wife Aryne and the couple's first child — three-week-old Jace — playing a key part. 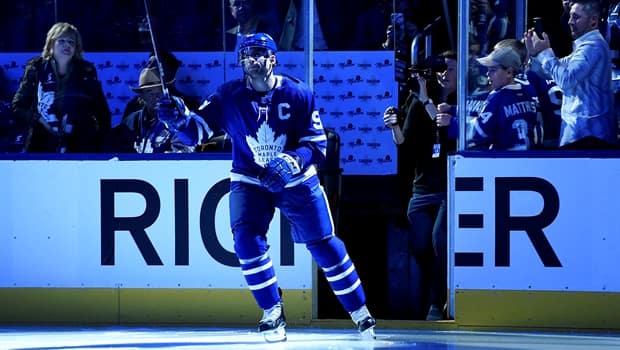 1 year agoVideo
0:33
Tavares took the ice during the pre-game introductions with a 'C' on his jersey for the first time in Toronto. 0:33

In a five-minute video released by the team, the younger Tavares donned a miniature version of his dad's No. 91 jersey with and a 'C' on the left shoulder before head coach Mike Babcock presented him with the real thing.

"It was amazing," Tavares said after the game. "From when I found out and how I found out to the anticipation of that ovation and the support from the fan base, and to start tonight like that and go out and play like we did, it was special.

Ilya Mikheyev, with a goal and an assist in his NHL debut, Frederik Gauthier and Trevor Moore also scored for Toronto, which got 23 stops from Frederik Andersen. Tyson Barrie, acquired from the Colorado Avalanche in the off-season trade for Nazem Kadri, added two assists. 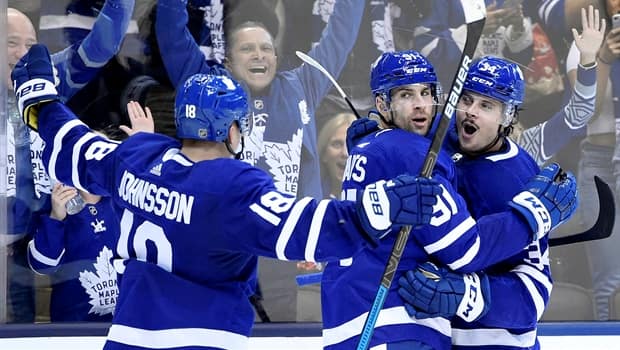 Matthews now has nine goals and two assists in the four season-opening games of his young career — including the four he bagged against the Senators in his debut back in 2016. The 22-year-old is also just the fourth player in NHL history to score in each of his first four career openers.

"I try to score every game," Matthews said in trying to downplay the accomplishment.

"The guys worked hard for the most part," said Senators head coach D.J. Smith, an ex-Leafs assistant making his debut as an NHL bench boss. "Some people had a little bit of a tough night. In saying that, guys fought right to the buzzer."

A native of nearby Oakville, Ont., Tavares fills a captaincy that had been vacant since Dion Phaneuf was traded to the Senators in February 2016. The 29-year-old centre signed with the Leafs in unrestricted free agency on July 1, 2018, and has been everything Toronto could ask for — and possibly more — in his 15 months with the team.

WATCH | Where do Leafs, Sens stand among Canadian NHL teams? 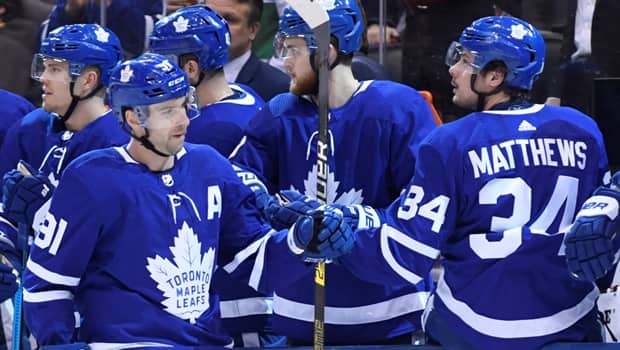 Tavares put up a career-high 47 goals and 88 points in his first season with the Leafs, and was a calming influence both on and off the ice as a young team with boatloads of skill looks to navigate the tricky NHL waters.

"Johnny's the perfect guy for the job," Rielly said. "A poised, confident person who carries himself like a true professional."

Down 1-0 after the opening period, Gauthier scored Toronto's first goal of the season 2:20 into the second when he beat out former Leafs defenceman Nikita Zaitsev to a loose puck.

Moore made it 2-1 for the home side at 4:42 when he poked a shot home in front of Anderson off a feed from Mikheyev.

But Sabourin — like Mikheyev also playing his first NHL game — finished off a pretty passing play just 1:09 later to tie it up.

Ottawa looked to have retaken the lead at 7:28, but Ron Hainsey — another ex-Leafs blue-liner — had his goal called back after an offside challenge.

WATCH | 9 things you need to know about the upcoming NHL season...in 90 seconds: 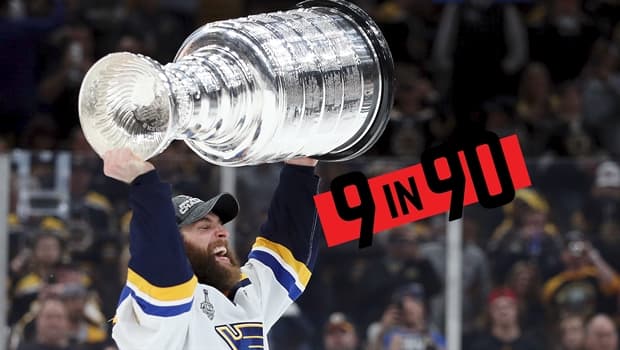 9 things you need to know about the upcoming NHL season...in 90 seconds

1 year agoVideo
1:50
Need a refresher before the NHL season kicks off? Rob Pizzo has you covered. 1:50

Matthews promptly went to work just 34 seconds later, taking a slick feed from William Nylander on a 2-on-1 and beating Anderson.

Tkachuk was then whistled for goalie interference with just over five minutes left in the period, and Matthews made Ottawa pay by burying a one-timer over Anderson's shoulder off a great no-look Marner feed.

The crowd at Scotiabank Arena followed that laser by chanting Matthews' name the following shift. The top pick in the 2016 NHL draft has had a rough stretch after news broke last week that he's facing a charge of disorderly conduct and disruptive behaviour stemming from an alleged incident — which he failed to disclose to the team — in his hometown of Scottsdale, Ariz., back in May.

Mikheyev put the game out of reach at 9:43 of the third when he got enough of a pass from Barrie to beat Anderson upstairs for his first in the NHL.

Ryan got a consolation goal for Ottawa with 2:15 left in regulation, beating Andersen through the pads from the slot.

Matthews came close to getting his second-career hat trick late into an empty net, but couldn't quite find the range in close before getting checked to the ice.