Antoine Vermette scored two minutes into the third period as the Chicago Blackhawks edged the Tampa Bay Lightning 2-1 in Game 5 of the Stanley Cup final on Saturday. 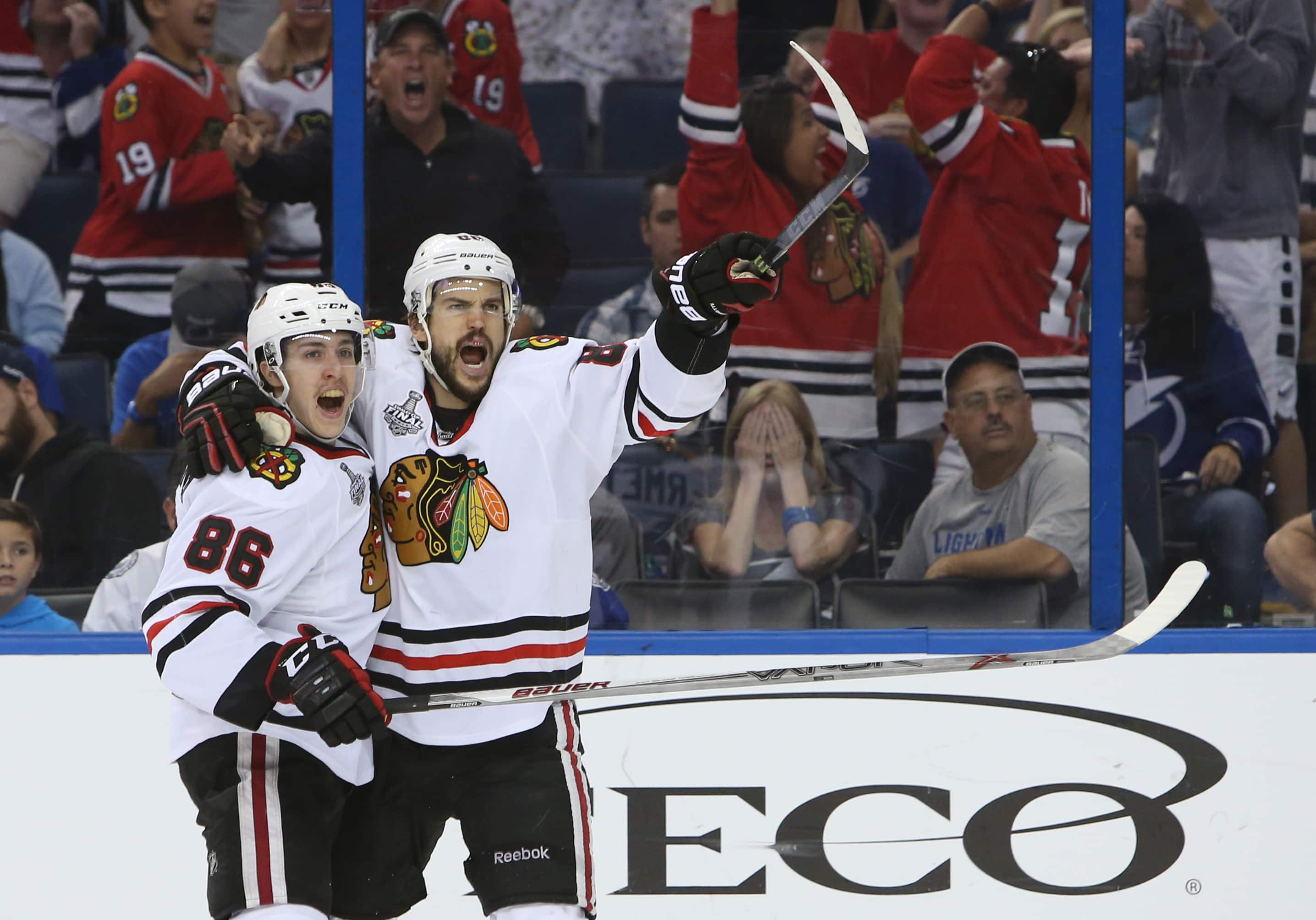 5 years agoVideo
0:33
Antoine Vermette's goal in the 3rd period was all Chicago needed as they secured the 2-1 win, taking a commanding 3-2 series lead home to Chicago 0:33

Just as the Tampa Bay Lightning look to be feeling the effects of the playoff grind, the Chicago Blackhawks found their groove.

The Blackhawks beat the bruised and battered Lightning 2-1 to win Game 5 of the Stanley Cup final Saturday night at Amalie Arena. Up three games to two, they're one victory away from their third championship in six years.

Antoine Vermette scored the winner on a rebound in the third period, and Corey Crawford stopped 31 of the 32 shots he faced to give the Blackhawks a chance to lift the Cup on home ice at United Center for the first time.

"You just have to find a way to calm down and just be excited to play in front of our own crowd and having the possibility to do something extremely special," Blackhawks defenceman Niklas Hjalmarsson said.

By Game 6 Monday, there's no telling how banged-up the Lightning will be. Nikita Kucherov left early in Game 5 with an injury, while goaltender Ben Bishop gutted through his.

Bishop made a major mistake to hand Patrick Sharp a goal when he left his net and collided with Victor Hedman but finished with 27 saves.

"It's just unfortunate," said Bishop of the play. "It's the first time it happened. Bad time to happen."

"We made a couple more mistakes than they did and they capitalized on their chances."

Valtteri Filppula scored the only goal for the Lightning, who face elimination on the road for the third time in the playoffs.

With Bishop labouring and struggling to move side-to-side, the Blackhawks tested him early and often with the first seven shots of the game. Bishop said after the game that he was feeling better.

It took until 4:34 in for the Lightning to put one on net against Crawford.

The game and potentially the series changed just past the five-minute mark when a Crawford turnover to Kucherov turned disastrous for the Lightning. Kucherov tripped over Chicago's goaltender and crashed right-shoulder-first into the left post.

Kucherov went off the ice in pain and didn't return.

Lightning coach Jon Cooper said he had no update on Kucherov's status other than that the forward will be evaluated.

"It just wasn't our day," Tampa Bay defenceman Anton Stralman said. "The series is not over."

Less than a minute later, things got worse for the Lightning when Bishop inexplicably left his net to play the puck in the left faceoff circle with Hedman and Sharp coming back for it. Bishop and Hedman collided, and Sharp skated the puck in all alone and dumped it into the empty net to make it 1-0 Blackhawks 6:11 in.

The easiest goal Sharp ever scored was his first since May 3, Game 2 of the second round against the Minnesota Wild. As he celebrated, Bishop stayed down on the ice in some distress and talked to a trainer before deciding to stay in the game.

Aside from his gaffe, Bishop stopped 13 shots in the first as the Blackhawks completely controlled the play and limited Tampa Bay to five shots.

"Our start was something we haven't seen the first four games," Blackhawks coach Joel Quenneville said.