Stanley Cup final: Blackhawks know how to close out opponents

The Chicago Blackhawks are in familiar territory heading into Game 6 against the Tampa Bay Lightning, but this time with the added pressure of closing out at home. 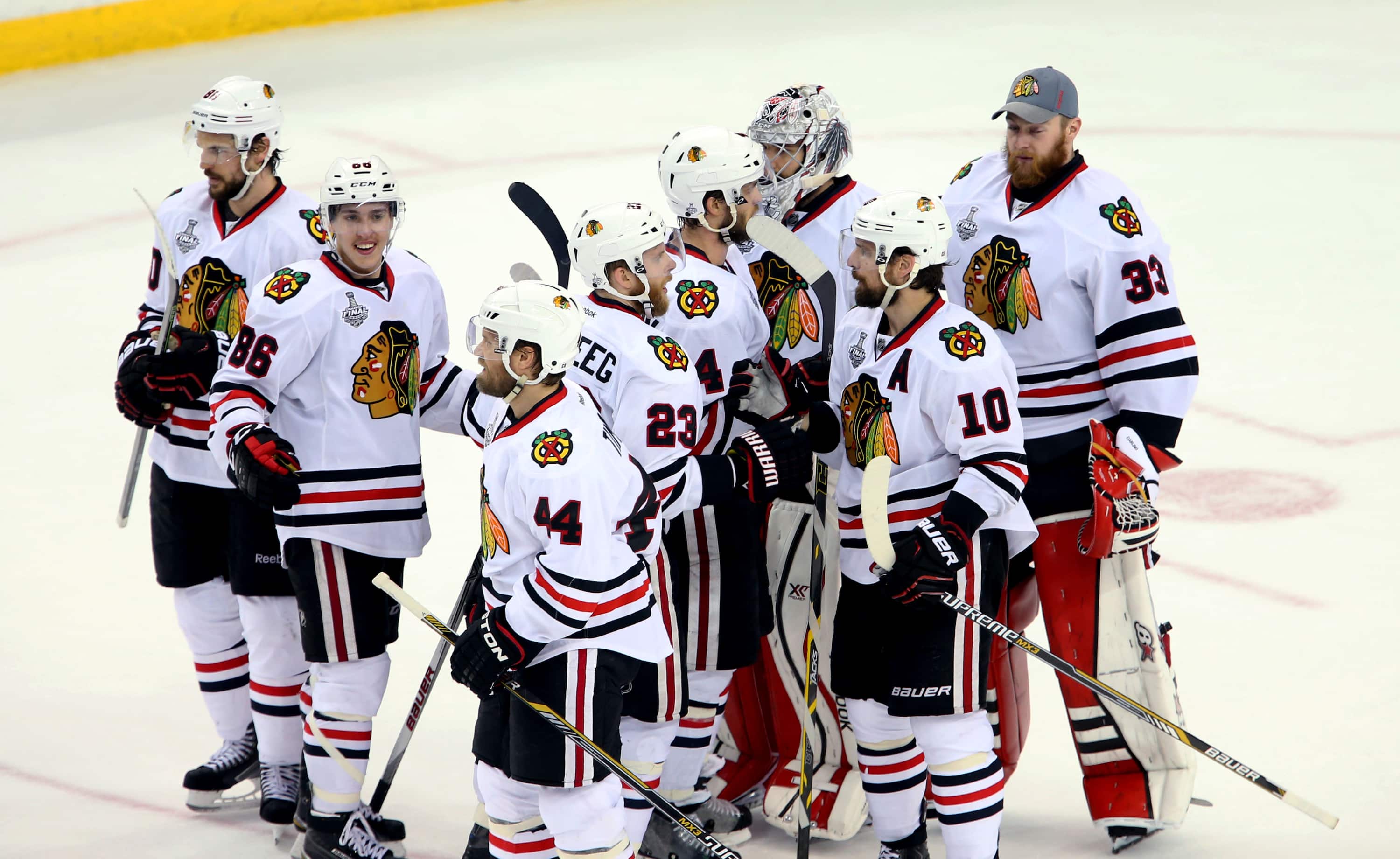 Chicago Blackhawks will lean on experience in Game 6

5 years agoVideo
0:45
Coach Joel Quenneville , players Brad Richards and Jonathan Toews discuss upcoming Game 6 and what they must do to win the Cup on home ice 0:45

This isn't the Chicago Blackhawks' first rodeo going for the Stanley Cup. It is the first time they're going for it at their own stampede.

For the third time in the Patrick Kane/Jonathan Toews era, the Blackhawks are up 3-2 in the final going into Game 6. They won those first two chances in 2010 and 2013 on the road in Philadelphia and Boston.

So this group knows how to close like a champion thoroughbred with the finish line in sight, but with the new twist of trying to beat the Tampa Bay Lightning and lift the Cup on home ice at United Center.

"Our team's been in a lot in these situations — played in some big settings, some big stages, a chance to win Cups before," coach Joel Quenneville said Sunday. "It's a whole new process for some guys, a new situation being at home for the first time.

"It's an exciting time."

This is the Blackhawks' time.

Toews explained his team's killer instinct more as an ability to get better as the series and the playoffs go on. Chicago's captain doesn't think it's as much flipping a switch as shining brightest with the spotlight turned way up.

"We get into these later games where we have the chance to play these games that are more meaningful, I think that's when we play our best," Toews said.

Toews, Kane, Duncan Keith, Brent Seabrook, Patrick Sharp, Marian Hossa, Niklas Hjalmarsson and Bryan Bickell remain from the two previous Cup champion, while other pieces have moved in and out. Somehow the Blackhawks remain a team that smells blood and knows how to close the deal.

"I think the more you do it, the more you get addicted to it," said newcomer Brad Richards, who won with Tampa Bay in 2004. "You're comfortable in those situations."

The Blackhawks are plenty comfortable at home, but they've never faced this scenario before. In franchise history Chicago hasn't had the chance to win the Cup on home ice since 1971 and hasn't actually done it since 1938.

With that history and their own history in their minds, players are trying to focus on the task at hand instead of the scene, the national anthem and the unique opportunity ahead of them.

"Obviously there's a lot of buzz, a lot of excitement, a lot of things going on around the entire event," Toews said. "I think we're just going to do our best as individuals to focus on our job as players and focus on the game and nothing more.

"None of that stuff is really going to help us achieve what we want to achieve."

What would do it is continuing the recipe that won the Blackhawks Game 5 Saturday night. They jumped all over the Lightning early and took advantage of the breaks they got.

"Pucks were just hitting sticks or going off of skates, goalies were bumping into defencemen," Tampa Bay coach Jon Cooper said. "That's kind of the way it's gone the last two games for us."

At this point of the series, the Lightning are banged-up. Goaltender Ben Bishop is playing through what the team is calling an undisclosed injury, Tyler Johnson an apparent hand, wrist or arm problem and Nikita Kucherov was forced to leave Game 5 after crashing shoulder-first into the post.

Kucherov is questionable to play in Game 6.

"We're hoping that he's back," Lightning captain Steven Stamkos said. "If not, we have guys that are capable. We've proved that before. We just got to keep believing that."