Sidney Crosby is 1st to reach 40 goals after hat trick

Sidney Crosby earned his 10th career hat trick against the Florida Panthers on Sunday. Crosby's three goals tied him with Connor McDavid for the NHL points leader with 80. 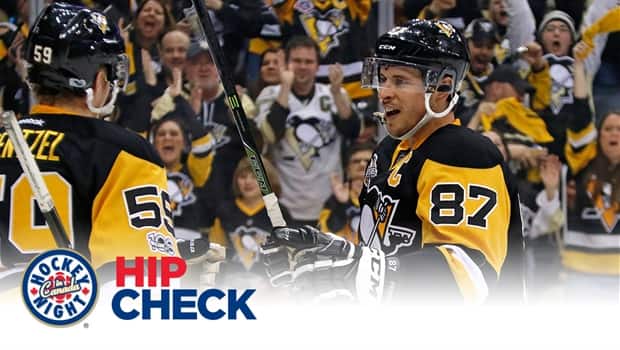 Hip Check: Sidney Crosby is the first to 40 goals after hat trick

4 years ago
0:36
Crosby's 10th career hat trick lifted the Pittsburgh Penguins to a 4-0 win over the Florida Panthers 0:36

The three goals helped him reach the 40-goal mark for the second time in his career. He is the first to score 40 goals this season.

Crosby's big night tied him with Connor McDavid for the NHL points leader with 80.

Hockey fans showed their love and appreciation for Crosby:

Sidney Crosby is still the best player in the world.

Sidney Crosby is so dominant that it really doesn't matter who he plays with. Makes every linemate so much better

The Pittsburgh Penguins went on to defeat the Florida Panthers 4-0.