1,003-point Sid has no love for Anthony Mantha

When Detroit's Anthony Mantha bumped Sidney Crosby into the boards it was enough to set the Pittsburgh Penguins captain off. The two exchanged rough slashes that put them both in the penalty box. 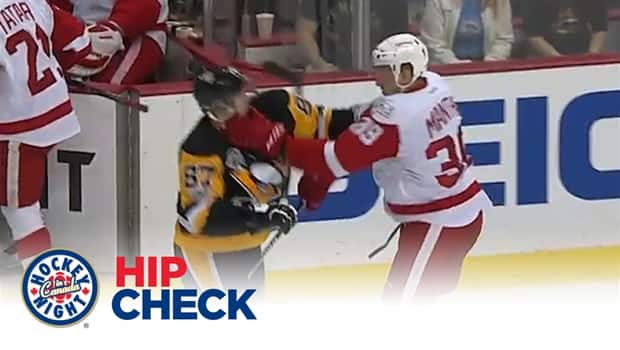 Even with a goal and more than 1,000 career points to his name, Sidney Crosby was not in a good mood Sunday afternoon when the Detroit Red Wings came to town.

The Pittsburgh Penguins captain took exception to Anthony Mantha's bump and took out his frustration with his stick.

Crosby cross-checked and slashed Mantha. 20 inches higher and he takes out his eye. <br><br>Suspend him for 10 games

Mantha literally got penalty for getting attacked by Crosby

Mantha swinging his stick like that on Crosby? show some respect Little boy.

Whether or not Crosby's slash was warranted, the Red Wings would go on to earn a decisive 5-2 victory.

Crosby was honoured Sunday afternoon prior to the game with a gold-plated stick and a pre-game ceremony for earning his 1,000th career point on Feb. 16.