No comeback for Senators as Rangers cruise to Game 3 win

Henrik Lundqvist made 26 saves to lead the New York Rangers to a 4-1 win over the Ottawa Senators on Tuesday night in Game 3 of their Eastern Conference semifinal. 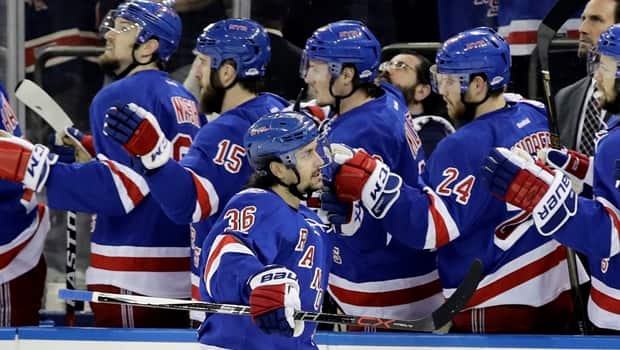 Guy Boucher spoke calmly. His message, though, was anything but serene.

"We were off with everything," Boucher said after the Ottawa Senators' 4-1 loss to the New York Rangers on Tuesday night in Game 3 of their Eastern Conference semifinal.

"There's nothing for us to take from this game," Boucher said. "We flush all of it and move on to the next game." 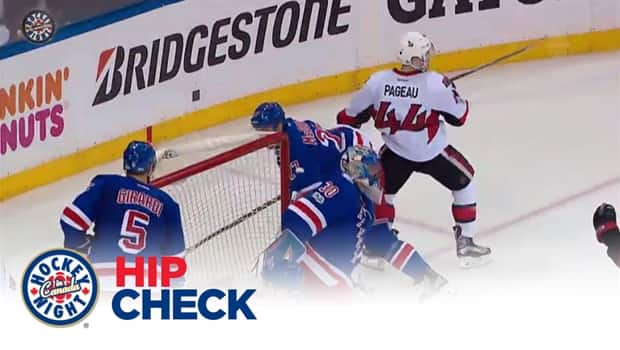 The Senators appeared overwhelmed by the pressure the Rangers applied early in the game, even though everyone on Ottawa's roster spoke on Monday about the understanding that New York would be desperate to salvage its season.

'We knew they were going to come hard'

"We knew they were going to come hard," Cody Ceci said. "We just didn't manage their push that well."

New York took a 1-0 lead on Zuccarello's fourth goal of the playoffs just 5:31 into the game. The play was made by former Senator Mika Zibanejad, who carried the puck around the net before finding Zuccarello driving down the slot for a point-blank scoring opportunity.

Anderson and Ben Harpur's miscommunication set up New York's second goal as both the Ottawa goaltender and his rookie defenceman attempted to play a Zuccarello dump-in behind the net. Anderson came halfway out of his net while Harpur couldn't control the puck. Grabner jumped on the loose puck and tucked it into the net to give the Rangers a 2-0 lead with 6:36 left in the period.

"It happens," said Anderson, when asked about the mistake between him and Harpur.

Essentially, the outcome of the game was decided 12:21 into the second when Nash fired his third of the playoffs through Anderson's five-hole. The play began with New York centre Derek Stepan carrying the puck into the offensive with Nash on his wing and Marc Methot defending. Stepan found Nash with a pass and the New York winger did not have any other option to shoot as Methot had dropped to the ice in an attempt to take away a passing lane.

'Our group was confident'

"Our group was confident," Stepan said. "For the most part we were real solid."

Lindberg pushed the advantage to 4-0 with his first career playoff goal with 1:43 left in the second, 32 seconds before Pageau scored to spoil Lundqvist's shutout bid.

"We have to play to a much higher level," said Ottawa defenceman Dion Phaneuf.

The Rangers skated a nearly identical lineup from Game 2 — despite a shocking late-game collapse — with the only change being Tanner Glass replacing Pavel Buchnevich on the fourth line.

"I liked the six periods that we played in Ottawa," said New York coach Alain Vigneault. "We were able to score a couple, get early pace and win the game."

Ottawa lost centre Zack Smith and right-winger Bobby Ryan to injuries during Tuesday's game. Smith only skated three first period shifts totalling 1:50. His last shift began at 9:03 of the first and ended at 9:27 before leaving with what the team called "an upper body injury." Ryan left with about 12 minutes left in the game after being struck by a shot. Boucher said Ryan's injury was a "lower body," and added the team will "reassess" whether one or both can play in Game 4 tomorrow.