3 times Sidney Crosby's team has got the better of Alex Ovechkin's, and all 3 times led to a Stanley Cup

Still, Crosby sounded like a cautious investor on Tuesday when asked if Pittsburgh has a mental advantage over rival Alexander Ovechkin and the Capitals heading into yet another post-season showdown in the Eastern Conference semifinals starting later this week.

Past performance, the two-time MVP stressed, does not guarantee future results.

"I think it depends on what you do in the series and how you play," Crosby said. "I don't think it plays a huge role. I guess to answer your question, no."

A mantra Crosby's teammates repeated over and over they prepared for yet another showdown in a rivalry that somehow manages to be both compelling and one-sided. Pittsburgh is 9-1 all-time in the post-season against Washington regardless of who is in the black-and-gold sweaters and who is in red, white and blue. 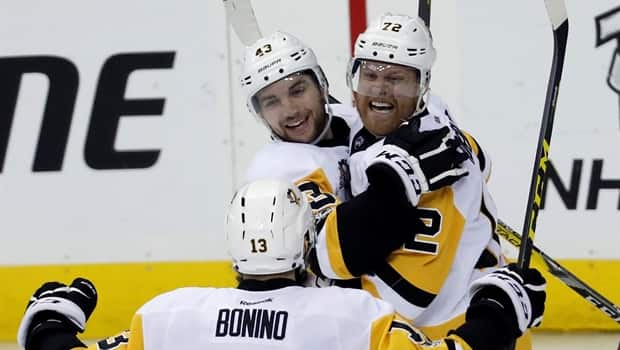 Not that Ovechkin is intimidated. The Capitals star said he "can't wait" to get another shot at the Penguins after spearheading Washington's first-round win over Columbus in six games. That's fine by Pittsburgh, which has played Lucy to Washington's Charlie Brown for more than a quarter century, dangling a potentially deep playoff run in front of the Capitals only to pull it back at the last minute.

The Penguins, however, remain wary. Just because they always beat Washington doesn't mean they're going to always beat Washington. The teams split their four meetings during the regular season, with the Capitals wrapping up their third straight Metropolitan Division title with a 3-1 win in Pittsburgh on April Fool's Day.

Of course, none of it matters once the puck drops in Game 1.

"It's a new year," Pittsburgh defenceman Kris Letang said. "The series is going to play out differently. The game is going to be won differently. You don't know how it is going to go. The only thing I know is it's a good rivalry, two really good teams, two teams that have a lot of punch offensively. It's going to be fun to be a part of." 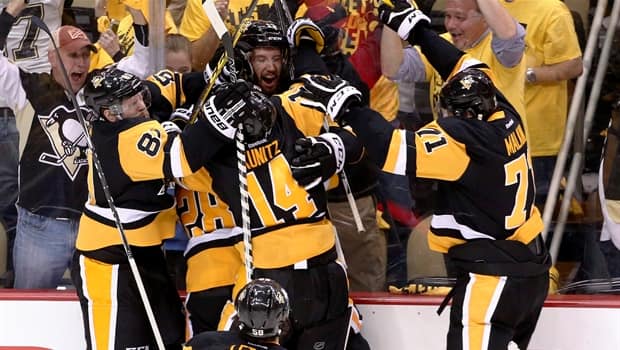 Particularly for Letang. He missed all of Pittsburgh's run to a second straight Stanley Cup last spring while recovering from neck surgery, though he was able to make his way to the arena for Game 7 of the conference semifinals, when Marc-Andre Fleury stopped all 29 shots he faced and the Penguins escaped with a 2-0 victory to finish a series in which both teams scored 20 goals and won on opposing ice at least twice.

Though there are a handful of new faces on both sides, the principals remain the same. Ovechkin and Crosby. Evgeni Malkin and Nicklas Backstrom. Letang and Braden Holtby. Two weeks of taut, tense hockey in the offing.

"I think it's the same old dangerous team," Letang said. "Like, don't get me wrong, those series went the distance, they went to overtime. It was a tough matchup that could have gone either way. They cause the same problems to our team. They cause problems on the power play. They have a lot of skill. They make a lot of plays."

Yet the Penguins have always found a way to make at least one more, though they may be at less than 100 per cent when things get going. Malkin and forward Carl Hagelin both missed practice on Tuesday. Malkin is dealing with a lower-body injury while Hagelin has an upper-body issue after colliding with Philadelphia's Claude Giroux in Pittsburgh's clinching victory over the Flyers in Game 6.

That could provide more playing time for players like Riley Sheahan — who filled in capably on the second line for Malkin in Game 6 — and rookie Zach Aston-Reese. The 23-year-old was in high school the first time Crosby and Ovechkin met in the playoffs in 2009 — when the Penguins blitzed the Capitals in Game 7 of the conference semifinals on their way to the Cup.

This time, Aston-Reese's view will be markedly different. He noticed an uptick in intensity from the regular season when the Penguins fended off the Flyers. Now, the dial goes up to 11 and stays there.

"I expect every game to be almost like a Game 7," Aston-Reese said.

That's because it almost always is.