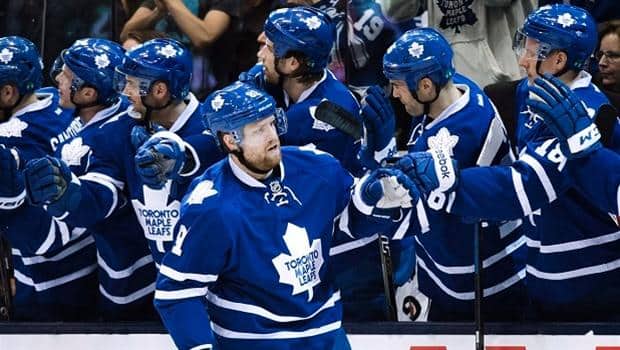 Just when I thought the story couldn't get any better, considering the irony of four years ago, Team Toews threw a huge twist into the plot.

Phil Kessel was front and centre in the early-going of the 2015 NHL All-Star Fantasy Draft and then made a curtain call when he was traded to Team Foligno for...wait for it...Tyler Seguin. I'm pretty confident that I don't have to explain why this is significant.

Seriously? Regardless of what Team Toews does the rest of the weekend, they made this happen and sprinkle in the fact that it was the first trade in the history of this event.

<a href="https://twitter.com/DonGiovanna">@DonGiovanna</a> ICYMI, Tyler Seguin got traded for Phil Kessel. I almost threw up my dinner. It was beyond hilarious.

Earlier in the evening, Jonathan Toews and his assistant captains Ryan Getzlaf and Rick Nash made the Toronto Maple Leafs forward the first player chosen for Team Toews.

Team Foligno won the puck flip and opted for Ryan Johansen of the Columbus Blue Jackets with the first overall pick.

The selection of Johansen was an obvious choice, given that the festivities are taking place in Columbus, but the selection of Kessel gave the event an early jolt of energy.

Toews then made a funny comment when responding to his top choice, saying that he felt that Kessel was one of the more coachable players in the league. Not sure what to make of that now, but it seems like more of a dig post trade.

Of course this was all in stark contrast to 2011 when Kessel was famously picked last.

Whether Toews was also sending a message that he feels Kessel is receiving too much criticism from the Toronto media is also a possibility, but again, not too sure about that after the swap.

What started out as a pleasant distraction for Kessel, probably took an unwanted turn there, given how the season has unfolded in Toronto.

However, he seemed to have a good sense of humour about the whole ordeal.

At least one fan, and likely more, was hoping for a repeat of Kessel's previous experience.

While others were slightly more excited by what initially transpired.

The Leafs obviously approved of the selection.

And then offered this thought afterwards.