Minnesota's Matt Dumba was chosen as the winner the King Clancy Memorial Trophy, a nod to the first NHL player to kneel during the U.S. anthem for his role in helping the sport combat racism.

Minnesota's Matt Dumba was chosen as the winner the King Clancy Memorial Trophy, a nod to the first NHL player to kneel during the U.S. anthem for his role in helping the sport combat racism.

The league announced the honour for Dumba, who is Filipino-Canadian, on Sunday night before Game 1 of the Western Conference final. The King Clancy is awarded for "leadership on and off the ice and who has made a noteworthy humanitarian contribution to his community."

Dumba took a knee before one of the first games of the playoffs, which he did not play, after making an anti-racism speech on behalf of the Hockey Diversity Alliance. The Wild defenceman and several current and retired minority players formed the group earlier this summer. 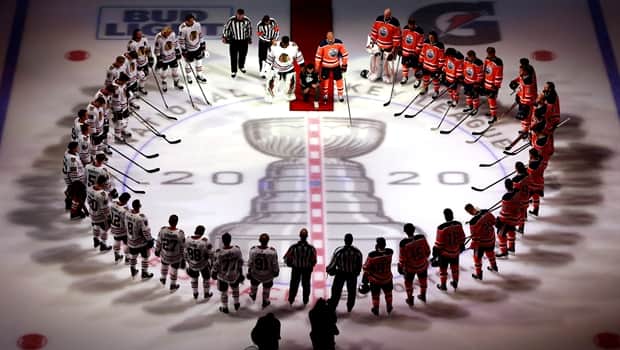 The award finalists and winner are chosen by a committee of senior league executives, led by NHL Commissioner Gary Bettman and Deputy Commissioner Bill Daly. Dumba will receive a $25,000 from the National Hockey League Foundation to benefit a charity or charities of his choice, while finalists P.K. Subban and Henrik Lundqvist get $5,000 each. 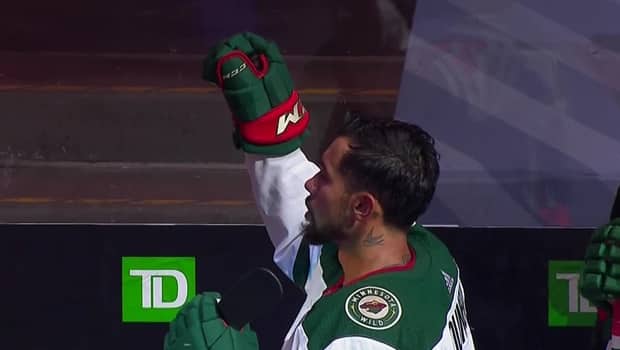 4 months agoVideo
0:26
Minnesota Wild defenceman Matt Dumba continued his fight against racial injustice as he raised his first during both the American and Canadian national anthems. 0:26

In announcing Dumba as the King Clancy winner, the league highlighted the Aug. 1 speech he gave and his spearheading the "Rebuild Minnesota" initiative to assist local businesses affected by protests in the wake of the killing of Black man George Floyd in Minneapolis police custody.