Manitoba has given the green light for the Winnipeg Jets to play home games during the COVID-19 pandemic, the final approval needed for the NHL to play games in all seven Canadian cities this year.

Move comes 5 days before the NHL season begins next Wednesday

The NHL's one-time-only, all-Canadian division has cleared its final hurdle.

The Manitoba government said Friday it will allow the Winnipeg Jets to play home games during the COVID-19 pandemic, joining Quebec, Ontario, Alberta and British Columbia in giving the NHL's plan to resume action north of the border this season the thumbs up.

The approval came the same day the Dallas Stars closed their facility after six players and two staff members tested positive for COVID-19. The Columbus Blue Jackets, meanwhile, said Friday a number of players didn't practise "out of an abundance of caution and in accordance with NHL COVID-19 protocols."

The season features a new North Division that will see the seven Canadian franchises only play one another instead of crossing into the United States for games due to border restrictions related to non-essential travel and the current 14-day quarantine. The same goes for the first two rounds of the playoffs. 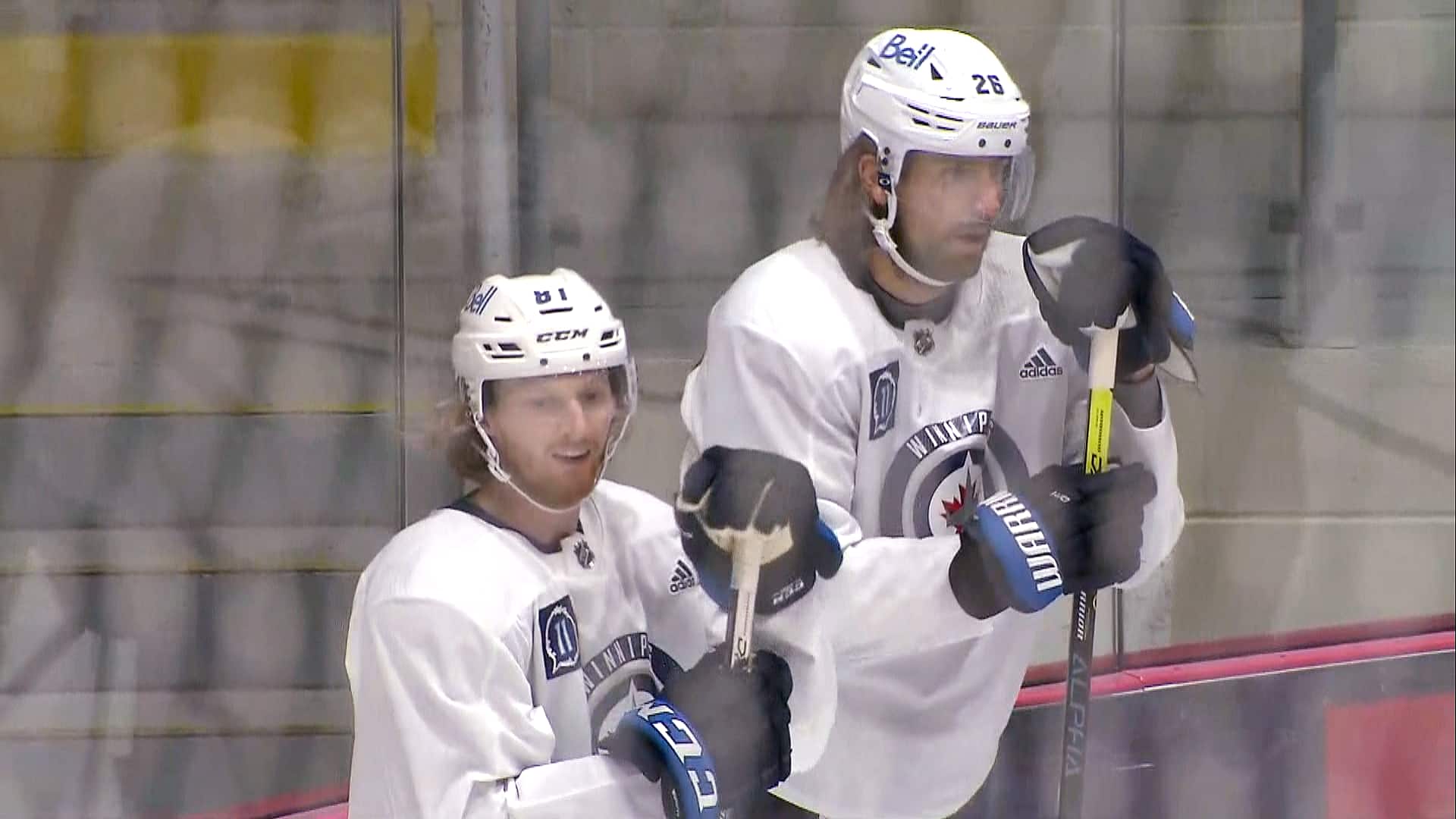 2 months agoVideo
1:27
Manitoba Chief Public Health Officer Dr. Brent Roussin said he understands why local parents of young hockey players might be frustrated to hear the pros can play but their children can't, but he said the 'robust' plan put forth by the NHL is safe and will return some semblancy of normalcy to life during the pandemic. 1:27

No fans present for games

There will be no fans present for games in Canadian NHL arenas, at least to start the schedule, while players and team staff have to adhere to a number of protocols when on the road — which include being restricted to the hotel and rink.

"The protocols here are very good," Toronto Maple Leafs goalie Frederik Andersen said Friday. "Of course we're happy to do what we like to do. And I feel grateful for that."

Players are being tested daily for the novel coronavirus during training camp. That will continue for at least the first four weeks of the regular season, but there is still increased risk when compared to the tightly controlled bubbles the NHL employed to resume the 2019-20 campaign in Toronto and Edmonton this summer.

Ontario sport minister Lisa MacLeod announced Thursday the Ottawa Senators and Toronto Maple Leafs were good to host games in 2021, posting on Twitter: "This approval was granted after close scrutiny of the rigorous health and safety protocols that will be adopted to keep players, staff and our communities safe from the spread of COVID-19."

The other three provinces had previously given consent, although Quebec Premier Francois Legault had to reiterate earlier this week the Canadiens would be permitted to play in Montreal despite his government instituting a curfew from Saturday through Feb. 8 in hopes of curbing the spread of COVID-19.

"The people from the Canadiens have had long discussions with public health," Legault said Wednesday. "I think Quebecers want ... to see hockey games.

"It's done completely safely, and they have the means to pay for that safety."

And while NHL deputy commissioner Bill Daly said Dec. 24 the league believed it had an agreement in place to hold games in Canada, none of the five provinces in question — which each had to sign off — provided formal confirmation until Dec. 31.

Alberta released a statement to The Canadian Press on New Year's Eve saying it had greenlighted games for the Calgary Flames and Edmonton Oilers six days earlier, while Manitoba and B.C. both indicated their jurisdictions were still holding discussions.

The federal government previously gave the start of training camps the go-ahead and also the waived its 14-day quarantine rule under "national interest grounds" in favour of a modified plan for players and team staff returning to the country.

The Leafs and Canadiens open the shortened 56-game season Wednesday at Toronto's Scotiabank Arena before the Oilers host the Vancouver Canucks at Rogers Place later that evening. The Jets begin their schedule by welcoming the Flames the following night at Bell MTS Place, while Ottawa gets started Jan. 15 at Canadian Tire Centre against Toronto.