Most NHL players were off skates for two months or more after the league suspended its schedule March 12 because of the novel coronavirus outbreak.

Teams experiencing chaotic sprint to get ready for Aug. 1 restart

NHL players usually show up for training camp in September after a summer filled with workouts and skating sessions.

They ease into the exhibition schedule — veterans might play half the games — as part of a slow build towards the regular season.

The playoffs and the Stanley Cup are the ultimate goal. Both are also a long way off.

There's inevitably some early rust, and those October matchups can be sloppy, especially before coaches get a chance to really drill down on systems and tendencies.

So in a season like no other, what will the hockey look like after 143 days between meaningful games when the NHL's pandemic-halted campaign resumes Aug. 1 following a chaotic sprint to get ready?

Most players were off skates for two months or more after the league suspended its schedule March 12 because of the novel coronavirus outbreak. Some had access home gyms, while others were cooped up in condos without any equipment at their disposal.

NHLers started to trickle back into arenas as different jurisdictions opened in the spring. Clubs were allowed to make facilities available for voluntary on- and off-ice workouts in June. 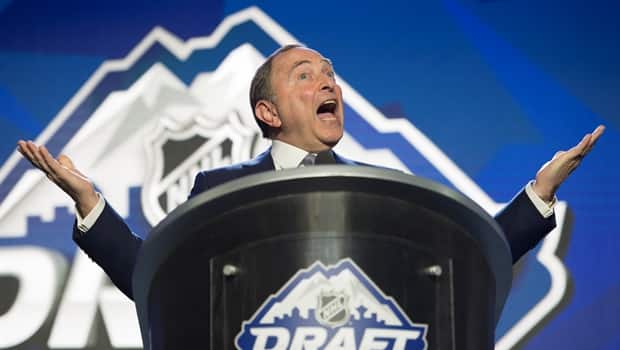 8 months ago
2:19
The NHL is officially returning to the ice this summer as the league and its players' union ratified an agreement on Friday. 2:19

After the league and the NHL Players' Association gave the 24-team restart a thumbs up earlier this month, training camps opened July 13. It's then off to the hub cities of Edmonton and Toronto on July 26 before the mad dash for the Cup begins after just one exhibition game.

"Everyone's had a chance to get away and reflect and get some rest and probably feel a lot better mentally and physically with a long break like this," Tavares said. "We know how fast and talented our league is overall.

"There's not much room for error, so the stakes are high right off the bat."

Boston Bruins forward Brad Marchand, however, said in April things could look "really, really ugly" to start, while Winnipeg Jets sniper Patrik Laine mused in May he might be "terrible" after such a long layoff. The Finn hadn't changed his tune a couple of days into camp.

But for the most part, players don't think it will take long for the 24 mostly healthy teams involved in the resumption to find their groove.

"This is a league where you have to prepare," Calgary Flames centre Elias Linholm said. "And if you don't, you're going to be out of the league pretty quick. I think guys have been preparing pretty good. I don't think you need much time on the ice to get back."

Pittsburgh Penguins head coach Mike Sullivan agreed it shouldn't take the best in the world at their craft to figure things out, especially when considering the stakes.

"These guys are proud guys," he said. "A lot of them see the opportunity in front of them. That drive and that motivation to win a Stanley Cup is going to force players into a quick adjustment process.

"I can assure you this: the competition is going to be fierce. As play starts to resume and the more games guys get under their belt, the quality of execution will continue to improve."

Vancouver Canucks defenceman Christopher Tanev is sure of one thing as well: playing in empty arenas will impact the game.

"The momentum swings will be quite different," he said. "Especially when you don't have fans cheering for you or when you're on the road [and] the rink gets going and the other team can maybe get five or seven minutes of a big momentum swing."

Leafs general manager Kyle Dubas said the unique nature of the situation, including 16 clubs battling in the best-of-five qualifying round for the right to fill out the final eight spots of the usual playoff bracket, will be intriguing.

"There's no experience that anyone's had like this," he said. "You can look at some of the Canada Cups or World Cups for players who come into tournaments on long layoffs. Then again, those are [September] tournaments coming off April, May, June finishes depending on where you were in the standings.

"This is an August resumption after a March ending, so almost a five-month layoff for everyone between games, and just one exhibition game. I really don't have any idea what it's going to look like."

Toronto centre Auston Matthews also doesn't know what's coming after so much time on the shelf, but he's eager to find out.

"I keep reading that a lot of people feel that this is probably gonna be the hardest Stanley Cup to win with everybody being fresh," he said. "I'm not sure anybody really knows what to expect.

"Once the puck's dropped, guys are going to be competing for a Stanley Cup, which is all that really matters."