Bo Horvat scored on a breakaway in overtime to give the Vancouver Canucks a 4-3 win on Friday in NHL playoff action.

Horvat scored two highlight-reel breakaway goals, one in overtime, to lift the Canucks to a 4-3 win on Friday, good for a 2-0 lead in the best-of-seven first round series.

Horvat took a stretch pass from Quinn Hughes and zipped the puck through the legs of St. Louis goalie Jordan Binnington less than six minutes into the extra frame for the win at Rogers Place.

"I'm feeling pretty good about my game, but the most important thing is it takes an entire team to win a hockey game, and we're pretty solid right now from our goaltending all the way up," said Horvat. 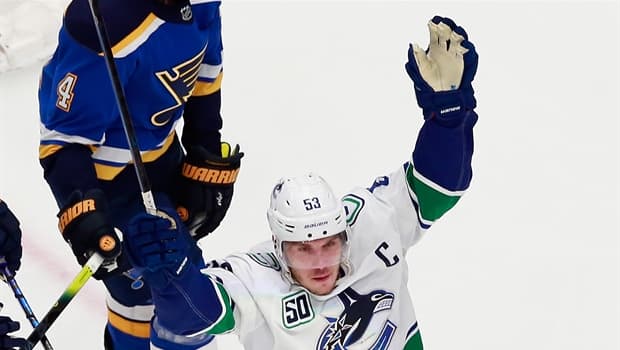 2 months ago
1:56
Quinn Hughes sprung Bo Horvat with a great up-ice pass for Horvat's second goal of the night. The OT winner put the Blues in an 0-2 series hole. 1:56

It was a sigh of relief for the Canucks, who blew a two-goal lead in the third period. St. Louis got the equalizer with seven seconds left and Binnington on the bench for the extra attacker.

All games are being played in an empty arena to prevent the players contracting COVID-19. The Blues were technically the "home team."

Canuck forward Tanner Pearson said the quiet building had an impact on the game.

"Some people would say that it could help that there are no fans in the stands for that, because if you're the home team and you score a late goal that building erupts," said Pearson.

"We regrouped in the room [before overtime] and came out strong and finished it off."

Blues defenceman Alex Pietrangelo said there is no secret to stopping Horvat.

"We've just got to be harder on him one on one, simple as that," said Pietrangelo. "He's a strong player, gets up the ice well ... We've just got to find a way to take away his space. We all know that. It's going to be a collective effort."

The Canucks scored three power-play goals in a 5-2 win in Game 1, and had two goals with the man advantage along with one shorthanded in Game 2.

"We've got to find a way to disrupt them, and when we get a chance to clear it's got to go 200 feet [down the ice]. We can't give these guys more looks than they have," said Blues captain Ryan O'Reilly.

Horvat scored twice in Game 1 and now has six goals and eight points in six post-season games in the return-to-play tournament. 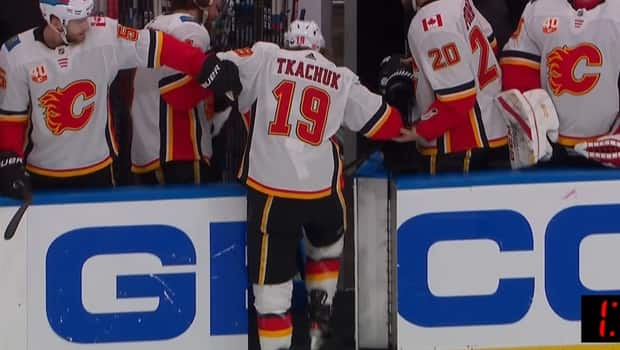 2 months ago
2:56
In his daily recap, Rob Pizzo breaks down a wild and crazy day in the Stanley Cup playoffs. 2:56

Jacob Markstrom made 34 stops in the Canucks net. Binnington turned back 21 of 25 for his second loss of the post-season.

St. Louis was chasing the game from the get-go.

Horvat had the opening goal while shorthanded in the first period. Wheeling and picking up speed in his own face-off circle, Horvat hit high gear through the neutral zone, blew past Brayden Schenn, turned Schwartz inside out, then fired a wrist shot low blocker side past Binnington.

In the second period, Pearson scored his third of the playoffs, standing in the slot and one-timing a cross-seam saucer pass from Pettersson through Binnington's pads.

The Blues replied on the power play. O'Reilly, standing beside Vancouver's net, took a pass from David Perron through traffic and picked the far corner with a wrist shot.

The Canucks went up 3-1 in the third on the power play. Pettersson, in the crease, bunted a rebounding puck in mid-air into the net for his third of the playoffs. Blais brought the Blues to within one, jumping on a turnover and beating Markstrom with a nifty backhand move.