Jaden Schwartz scored three times and Jordan Binnington stopped 18 shots to help the St. Louis Blues beat the Winnipeg Jets 3-2 in Game 6 of their playoff series Saturday night to advance to the second round.

St. Louis will play winner of Predators vs. Stars in Round 2

Jaden Schwartz knew there would be a silver lining during his struggles in the regular season.

The St. Louis forward found it the last two games of the first round of the playoffs.

Schwartz scored three times and Jordan Binnington stopped 18 shots to help the Blues beat the Winnipeg Jets 3-2 in Game 6 of their series Saturday night to advance to the second round.

Schwartz scored just 11 times during the regular season and went through a frustrating 22-game scoreless drought from Dec. 20 to Feb. 12.

"Sometimes when pucks aren't going in, the net doesn't seem as big," Schwartz said. "When you get a bounce, or a break, it seems like you can carry that over. Everyone will tell you that confidence in this, and any sport, is big." 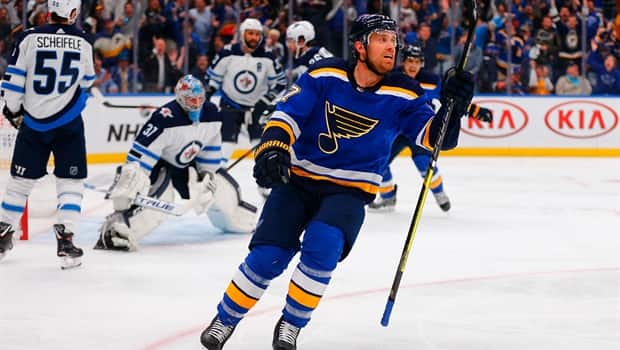 Schwartz has four goals in the playoffs — the Blues' last four, starting the tiebreaking tally with 15 seconds left in the 3-2 win in Game 5. That goal helped set the stage for Saturday's effort.

"We did a good job of carrying that over," Schwartz said. "We were aggressive today and we kind of played without fear."

The Blues became the first home team to win in the series, and advanced to the second round for the third time in four years. St. Louis will next face the winner of the Dallas-Nashville series, which the Stars lead 3-2.

'Hard to say what went wrong'

Bryan Little and Dustin Byfuglien scored for Winnipeg, which tried to rally after falling behind 3-0 early in the third period. Connor Hellebuyck finished with 33 saves.

"It's hard to say what went wrong," Hellebuyck said. "We really shouldn't point fingers and try to find blame. That's a good team over there and they played well. You could tell they wanted it." 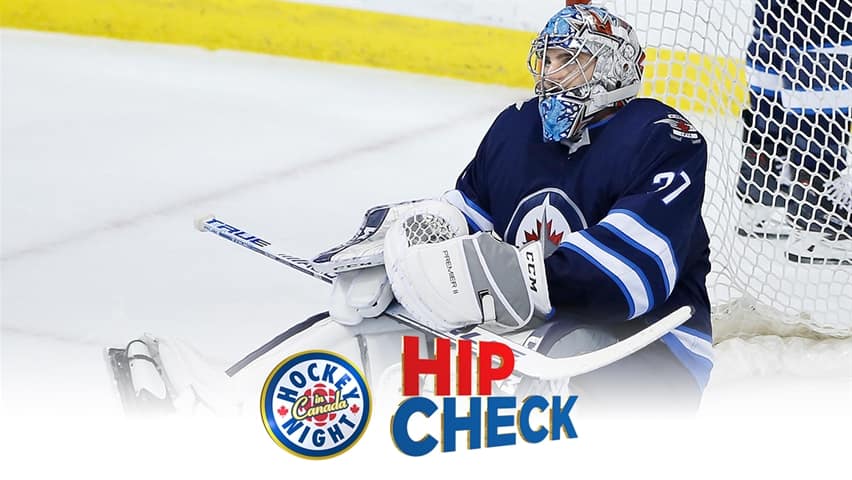 2 years ago
0:38
Winnipeg Jets fans started it in Game 5, but St. Louis Blues fans finished it in Game 6 and then eliminated the Jets from the playoffs in the ultimate clapback. 0:38

St. Louis outscored Winnipeg 6-2 over the final four periods of the series.

"It's tough, tough to swallow," Little said. "We had really high expectations. It's disappointing right now."

Binnington began the season as a backup for the Blues' AHL affiliate in San Antonio. He stopped 33 successive shots after giving up two first-period goals in Game 5.

"What a boss," Binnington said. "He's playing great. And his beard looks pretty good on him too."

Schwartz tallied just 23 seconds into the contest on a pass from Brayden Schenn. It was the third-fastest playoff goal in franchise history and the quickest since Brett Hull scored in Game 3 of a first-round playoff series with Vancouver on May 11, 1995.

"That got everybody buzzing," St. Louis defenseman Alex Pietrangelo said.

It was also the sixth goal scored in the first minute of a game in the postseason, marking the first time in NHL history that has happened in the opening round.

Schwartz pushed the lead to 2-0 with a power-play goal off a wrist shot with 7:24 left in the second period and completed the natural hat trick early in the third. It was the Blues first postseason hat trick since Vladimir Tarasenko scored three times on April 18, 2015, against Minnesota.

The Blues had the fewest points in the league on Jan. 2 and appeared set to miss the playoffs for the second season in a row.

But some soul searching helped turn things around according to Pietrangelo, the team captain.

"We just kept pushing and looked hard in the mirror," Pietrangelo said. "We had a lot of honest conversation."

Byfuglien jumped on the rebound of a shot by Kevin Hayes with 7:43 left in the contest, and Little pulled Winnipeg within one with 37 seconds remaining and Hellebuyck off for an extra skater.