Matt Grzelcyk scored twice — his first career multigoal game — and Tuukka Rask made 21 saves Sunday to lead the Bruins to a 6-2 victory over the Carolina Hurricanes and a 2-0 lead in the Eastern Conference finals.

With a five-goal, third-period lead and the Bruins still not done scoring, the crowd in the new Boston Garden began a throaty chant of "We want the Cup!"

The next time they see their team, the NHL's championship trophy might be on the line for real.

Matt Grzelcyk scored twice — his first career multi-goal game — and Tuukka Rask made 21 saves to lead the Bruins to a 6-2 victory over the Carolina Hurricanes on Sunday and give Boston a 2-0 lead in the Eastern Conference finals. 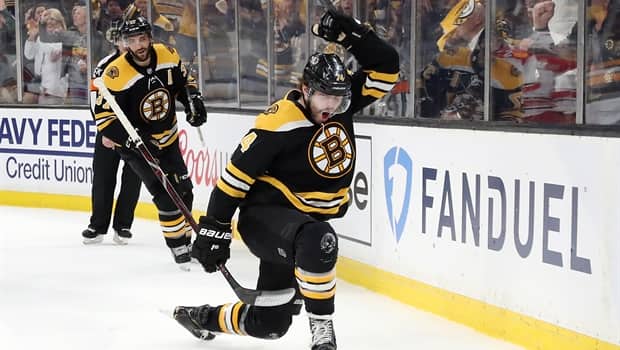 The series moves to Carolina for Games 3 and 4 on Tuesday and Thursday nights. The Hurricanes need to win at least one to force a fifth game back in Boston on Saturday night.

"Sometimes you've got to eat a poop sandwich. It doesn't taste good and you have to chew on it for a little bit," Hurricanes captain Justin Williams said. "We'll have to do it for a couple days and get the taste out of our mouth next game."

The Bruins won 5-2 in Game 1, but the Hurricanes led early in the third period and it was still 3-2 with 4 minutes to play.

WATCH | Brad Marchand up to his old tricks in East final: 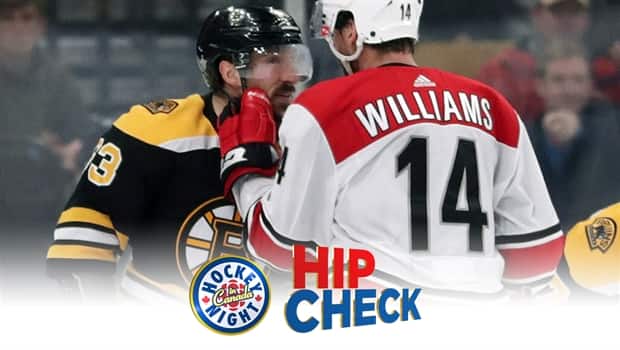 1 year ago
1:18
Brad Marchand was at it again in Game 2 of the Eastern Conference final, getting under the skin of Carolina Hurricanes’ captain Justin Williams. 1:18

This one wasn't ever close.

"The other night wasn't as bad. We were right in the game," said Carolina coach Rod Brind'Amour, whose team also fell behind 0-2 against the Washington Capitals in the first round before eliminating the defending champions in seven. "They're playing their game; we haven't gotten to ours."

Nearly a half century after Bobby Orr soared through the air on Mother's Day to finish off the 1970 Stanley Cup, the Hall of Famer was in the building as a pregame hype man known as the banner captain. The crowd gave him a standing ovation, and the team responded as well. 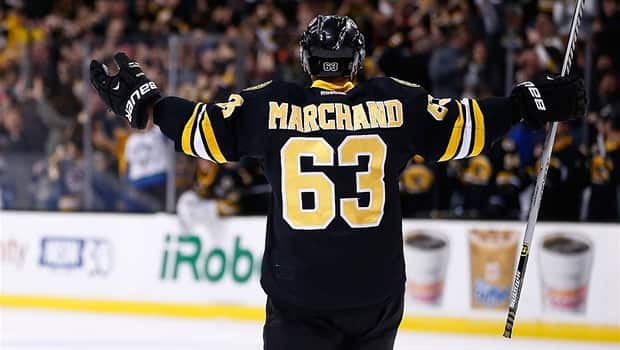 1 year ago
2:08
With Brad Marchand up to his old tricks, Rob Pizzo shows you why he is the easiest player to hate in the NHL. 2:08

Grzelcyk and DeBrusk scored late in the first, and Clifton made it 3-0 early in the second. With two minutes left in the middle period and Boston back on the power play, Heinen took a long pass out of the Boston zone from Marcus Johansson and drew two defenders with him before sliding it into the slot.

Grzelcyk slipped the puck over to his backhand and beat Mrazek to make it 4-0.

"That was the cooker," Brind'Amour said. "We needed an answer and we didn't have one."

Backes scored 1:10 into the third period, leaving Mrazek looking over to the bench to see if he would be replaced. Brind'Amour said Mrazek, who returned from an injury for Game 1 after Curtis McElhinney started the last two games of the East semifinals, had earned the right to stay in if that's what he wanted to do.

"We talked about it, but he doesn't want to come out. He's a battler," Brind'Amour said. "A lot of other guys on the bench deserve to some out, if that's how were doing it."