Nazem Kadri and J.T. Compher scored 10 seconds apart in the third period, Philipp Grubauer stopped 14 shots and the Colorado Avalanche opened the Stanley Cup playoffs with a 3-0 victory over the Arizona Coyotes on Wednesday.

Colorado dominated well into the third period with nothing to show for it. All that firepower and the Avalanche could not solve Arizona goalie Darcy Kuemper.

Once they broke through, an avalanche of goals followed, giving Colorado a hard-earned win to open the Stanley Cup playoffs.

Nazem Kadri and J.T. Compher scored 10 seconds apart in the third period, Philipp Grubauer stopped 14 shots and Colorado opened the best-of-seven playoffs with a 3-0 victory over the Coyotes on Wednesday.

"It was an easy game for us to get frustrated in," Avalanche defenceman Erik Johnson said. "We played well the majority of the game and they locked it down. We just stuck with it, knew it was going to come." 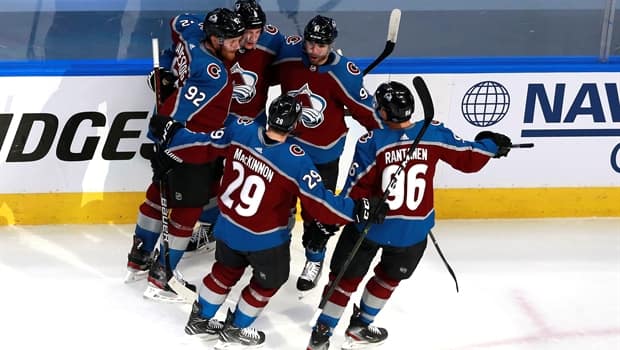 3 months ago
1:07
Nazem Kadri and J.T. Compher scored twice in 10 seconds to help the Colorado Avalanche to a 3-0 win over the Arizona Coyotes in game 1 of their Western Conference quarter-final. 1:07

Colorado dominated the Coyotes through the first two periods, outshooting them 29-7, yet couldn't get anything past Kuemper.

Grubauer made the saves when he had to for his second career playoff shutout and Kadri broke a scoreless tie by punching in a rebound on a power play with 7 minutes left.

The Avalanche broke it open from there.

Compher scored on a backhanded rebound and Mikko Rantanen made it three goals in 1:23 to give Colorado the lead heading into Game 2 on Friday.

"We weren't a real dangerous team, but we did capitalize on the chances we did get," Avalanche coach Jared Bednar said. 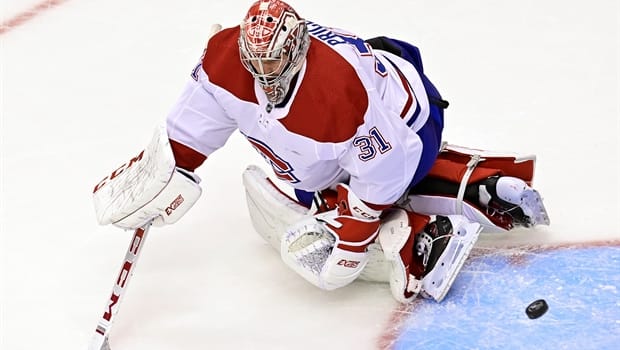 3 months ago
2:51
In his daily recap, Rob Pizzo shows you a ridiculous save from Carey Price and tells you what coach was fined 25K by the league.  2:51

Kuemper stopped 152 shots in four games against Nashville in the Stanley Cup qualifiers and was superb again, making several spectacular saves to keep the Coyotes in it. He finished with 37 saves.

Arizona's offence didn't give him much help. The Coyotes are used to counterattacking, but 14 shots against a high-scoring team like Colorado isn't going to cut it.

"Our group is comfortable playing in a game like that," Coyotes forward Derek Stepan said. "Although their shots were getting higher, we're fine with that. We just got to start generating more on the offensive side of things."

Arizona benefited when when the NHL expanded the post-season bubbles to 12 teams per conference and took advantage, knocking off Nashville 3-1 in the Stanley Cup qualifiers. Kuemper was superb, stopping 152 shots, and the Coyotes had production throughout the lineup, with 16 players notching at least a point, 11 scoring a goal.

The Avalanche presented a much bigger problem.

The No. 2 seed in the West, Colorado is one of the NHL's most dynamic scoring teams, led by Hart Trophy finalist Nathan MacKinnon, and has scoring depth across its lines.

The Avalanche had the Coyotes on their heels in the first period, peppering Kuemper with 13 shots while Arizona managed just three.

The Coyotes thrive in the rope-a-dope, though, and escaped the first period with a scoreless tie.

Arizona had some better stretches in the second period, yet had to be bailed out by numerous difficult saves by Kuemper to keep it scoreless while being outshot 16-4.

Colorado didn't get frustrated and finally wore down the Coyotes in the third period, turning a tight game into a runaway in a span of 83 seconds.

Kadri got it started after Stepan was hit with an interference penalty on Pierre-Edouard Bellemare on a call the Coyotes didn't agree with.

"It's a tough job, but I really disagree with that call in the Stanley Cup playoffs," Stepan said.

Compher scored on a rebound right after Kadri's goal and Rantanen put it out of reach, one-timing a cross-crease pass from MacKinnon.

"We were talking in the intermission about patience," Rantanen said. "We were creating a lot of chances, but couldn't find of the net. We knew it was coming."