Predators bounce back to even series against Coyotes

Ryan Johansen had a goal and an assist, Jusse Saros stopped 24 shots and the Nashville Predators beat the Arizona Coyotes 4-2 Tuesday to even their Stanley Cup qualifier series.

The Nashville Predators stumbled in their post-season opener by falling into an early hole, putting themselves in a must-win situation for Game 2.

Behind steady goaltending and a dedication to clogging shooting lanes, the Predators snatched the momentum back less than 24 hours before Game 3.

Ryan Johansen had a goal and an assist, Juuse Saros stopped 24 shots and the Predators jumped on the Arizona Coyotes early in a 4-2 win on Tuesday to even their Stanley Cup qualifier series.

"Momentum, whether it's shift to shift, period to period, game to game is always big," said Nick Bonino, who scored Nashville's first goal. "We've got some now." 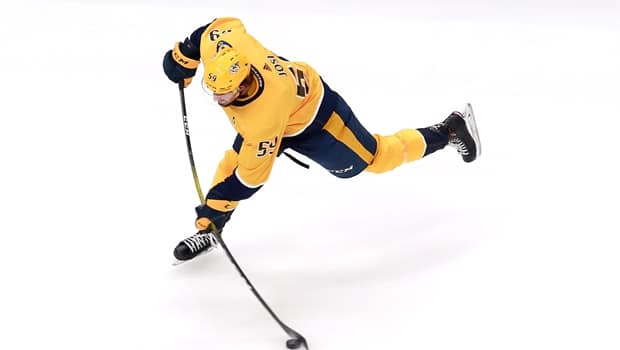 Predators bounce back with big Game 2 win over Coyotes

2 months ago
0:54
Viktor Arvidsson punctuated a solid 4-2 win for the Nashville Predators who level their series against the Arizona Coyotes at 1-1. 0:54

Nashville had the early jump after falling into a three-goal hole to lose Game 1, scoring on goals by Bonino and Johansen in a span of three minutes of the first period.

Calle Jarnkrok scored in the second period and Viktor Arvidsson put it away with a goal in the third.

Nashville blocked 21 shots and Saros was solid after giving up four goals on 37 shots in the opener. Clayton Keller and Lawson Crouse beat the Finnish goalie in a span of 9 seconds late in the third period, but it was too late by then.

"I felt good today," Saros said. "Obviously, the team played really good in front of me, too, but it was nice to get some playoff action."

The Coyotes gave up two goals in the first period despite controlling much of the action and couldn't beat Saros until the two goals in the game's final minute. Darcy Kuemper stopped 24 shots for the Coyotes after turning away 40 in the series opener.

"I think we were getting frustrated by getting our shots blocked instead trying to do some of the offensive concepts we were talking about," Coyotes coach Rick Tocchet said. "I saw some guys get frustrated because they were blocking a lot of shots." 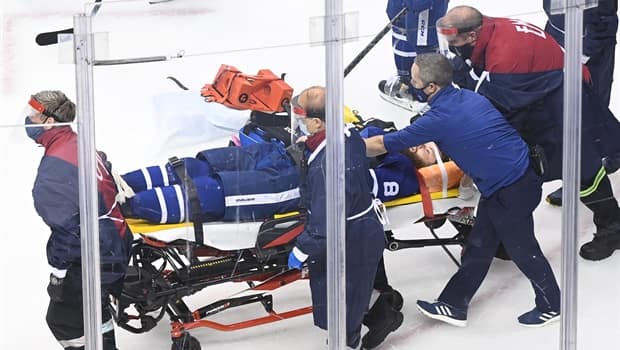 2 months ago
3:20
In his daily recap, Rob Pizzo tells you everything you need to know from day 4 of the NHL playoffs. 3:20

Arizona, the Western Conference's No. 11 seed, won the opener 4-3 after scoring three goals in the first period and holding off Nashville's late charge.

The Coyotes seized momentum early in that game when captain Oliver Ekman-Larsson scored on a shot that caromed off two Nashville players.

Nashville got the early jump in Game 2, scoring midway through the first period when Bonino beat Kuemper glove side from the right faceoff dot on a power play. Johnansen made it 2-0 less than three minutes later, squeezing a sharp-angle shot past Kuemper after Arizona's goalie was caught out of position trying to clear a puck.

"The magnitude of the game and it being a five-game series, it was nice to get the early lead and build our team game from there," Johansen said.

Saros was sharp in the first period, turning away all 14 shots, and Jarnkrok made it 3-0 midway through the second, beating Kuemper after his initial shot was blocked by Coyotes defenceman Jakob Chychrun.

Arvidsson capped it in the third period, beating Kuemper glove side with a slap shot from the right circle.

Keller scored for the second straight game with 57 seconds left and Crouse followed with his first post-season goal, but the Coyotes revved up their offence too late to make a difference.

"I think it was a lot closer than a 4-2 game and if we play more like we did at the end of the game, we'll get good results," Keller said.