NHL players risk their careers if they opt for Olympics, sports lawyer says

Russian superstar Alex Ovechkin remains adamant that he will represent his country at the 2018 Winter Olympics in South Korea. But if he were to do so, the Washington Capitals superstar risks putting himself in breach of his NHL contract.

Trevor Whiffen's advice to any player considering defying NHL order: ‘Do so at your own peril’

There has been a lot of reaction — mostly negative — to the NHL's decision not to participate in the 2018 Olympic Games in South Korea.

Fans have raged on social media, with most of the ire directed at longtime villain, NHL commissioner Gary Bettman.

So, too, have players, who've used words like "crap" to describe the decision.

Everybody seems to agree Olympic hockey just won't be the same without NHL talent.

While many players are angry, most have accepted they won't be going.

But not Washington Capitals superstar Alex Ovechkin, who has long maintained he will be playing regardless of what the NHL decides.

"I think everybody wants to play there. It's the biggest opportunity in your life to play in the Olympic Games," Ovechkin told reporters in Toronto today. "Somebody going to tell me I don't go. I don't care, I just go."

Capitals defenceman Kevin Shattenkirk and goalie Braden Holtby have expressed similar sentiments but stopped short of saying they would defy the league order.

He warns players would be taking a tremendous risk if they decided to go on their own. There is no right to participate in the Olympics enshrined in the collective bargaining agreement, he said.

"It is not solely the option of the players, that is something the NHL has control over and if the NHL is saying, 'No, we won't allow to you leave for three weeks in the middle of the season to go participate in the Olympics,' I think the players are facing a very difficult decision," Whiffen said.

"If they go, they are in breach of their contract, they may get suspended; they may suffer loss of wages. And heaven forbid some key player on an NHL team that is bound for the playoffs gets injured and the team misses the playoffs as a result of that."

Whiffen doesn't directly represent any current players, but he provides advice to many player agents and coaches. He also runs a sports marketing firm with Calgary Flames president Brian Burke. 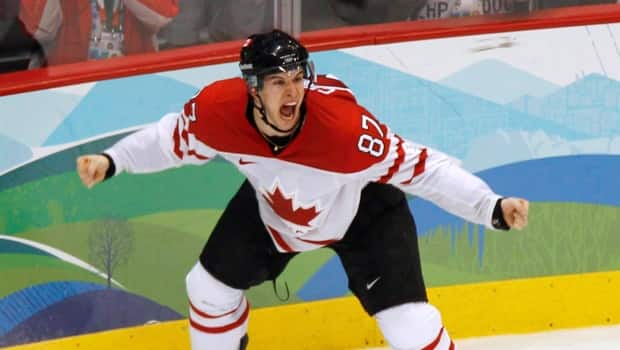 Thanks for the Olympic hockey memories...

4 years ago
0:36
CBC Sports looks back at Canada's gold medal hockey moments after the NHL announced that it's players would not compete in Pyeongchang 2018. 0:36

'Do so at your own peril'

He said if a client were to ask whether he should go to the Olympics on his own, his advice would be clear.

"Do so at your own peril. You are going to be putting yourself in breach of the contract you have signed with your team, which has been collectively bargained," he said. "You are putting yourself at the risk of being suspended, terminated, liable for damages to your club for the games that you miss.

"I would say you have a contractual obligation to play for [your] team in the NHL and don't take that lightly because if you do take that lightly and go off to play in the Olympics you are putting your entire career at risk here."

But could the NHL actually force players to stay home and play league games? Yes and no.

While Whiffen says the NHL couldn't force players to play at home, the league could seek a court order prohibiting players from competing at the Olympics, and he believes the NHL would likely be successful.

There has been speculation that individual owners may decide on a team-by-team basis whether to allow their players to go.

Capitals owner Ted Leonsis has indicated in recent weeks he could be open to this.

"If Alex Ovechkin and Braden Holtby and Nick Backstrom tell us, 'We want to go play for our country,' how am I going to say no?" Leonsis told reporters. "I might get fined. I might get punished in some way. But I feel I'm in partnership with Nick and Braden and Alex."

"I don't think [the owners] will break ranks. In fact, they won't break rank," he said. "The board of governors will have discussed this at length and they would have given Gary Bettman instructions that they are not letting their players participate in the Olympics"

Agent Andy Scott, who represents a number of NHL players, believes chaos would ensue if the owners aren't unified on the issue.

"If you are going to breach a contract, it's not a breach if somebody says you can do it," Scott said. "You look at the Ovechkin situation and you wonder whether it's going to be an issue. Now, I think if this owner [Leonsis] did it, the other owners and Gary Bettman would exert influence on this owner to be sure everybody is on the same page in terms of what can and can't be done.

"It would open up the floodgates if one person was given that exemption and others weren't."