Being named the NHL's most valuable player was a bit anticlimactic for Leon Draisaitl.

After all, for the Edmonton Oilers star, it was an odd hour when news emerged that he had won both the Hart Memorial Trophy and the Ted Lindsay award.

"It's about 1:15 in the middle of the night right now so my family's sleeping," Draisaitl told reporters on a video call from his home in Germany.

The Hart is given to the player deemed by members of the Professional Hockey Writers Association to be the most valuable player to his team each year and the Ted Lindsay is passed out annually to the league's most-outstanding player, as chosen by fellow members of the NHL Players' Association. 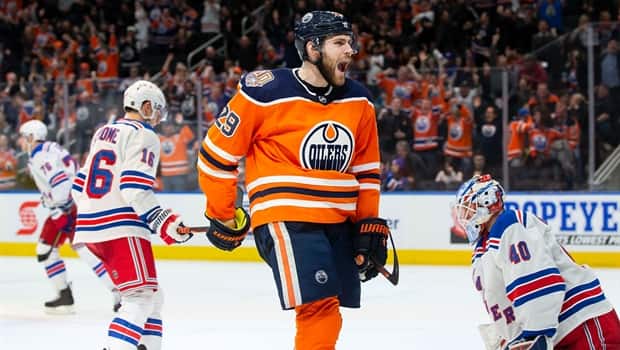 29 days ago
2:50
It was an MVP sweep for Edmonton Oilers forward Leon Draisaitl at the NHL awards. The 24-year-old became the 19th player to win the Ted Lindsay Award and the Hart Memorial Trophy in the same season. 2:50

The NHL's annual awards ceremony is generally a glitzy affair held in Las Vegas, but due to the COVID-19 pandemic, this year's honours were announced at an empty Rogers Place in Edmonton.

Receiving the honours was still special, said Draisaitl, who led the league with 110 points (43 goals, 67 assists) in the regular season, earning the league's Art Ross Trophy in the process.

"At the end of the day, it's still the same meaning behind it. It means the same thing for me," said the 24-year-old native of Cologne, Germany.

"It obviously would have been nice to share it a little bit more with my family and actually have the awards happening. But these are obviously weird times for everyone. So I'm just as happy with it."

Draisaitl beat out Colorado Avalanche centre Nathan MacKinnon and Artemi Panarin of the New York Rangers for both awards.

While Draisaitl and teammate Connor McDavid were offensive juggernauts once again this year, the Oilers lost to the Chicago Blackhawks in the qualifying round, marking the third season in a row that the team has missed out on the playoffs.

Being MVP doesn't take the sting out of another lacklustre season, Draisaitl said.

"It's a nice personal reward, but there's nothing that comes ahead of the Stanley Cup. It's the same for every player in the league. And if I could hand those two or three awards back in for a Stanley Cup, I would do so in a heartbeat and I think so would everyone else," he said.

"It's a nice day. I'm proud and I'm happy, for sure. But my goal at the end of the day and my career is to win a Stanley Cup."

Three other awards were doled out on Monday, including the Vezina Trophy, given to the NHL's best goalie as chosen by the league's general managers. 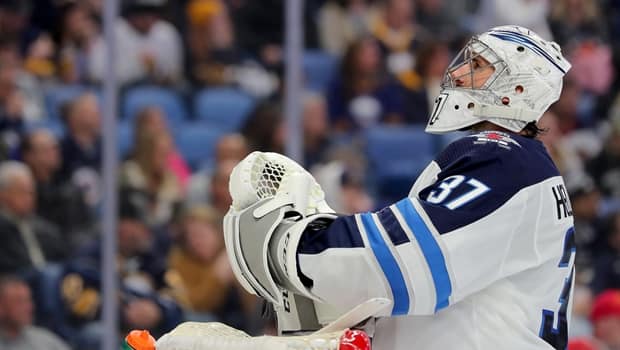 Winning was almost a relief after coming second for the award in the 2017-18 season.

"This year was just such a mental grind but also so fun," said Hellebuyck, who's team was ousted from playoff contention by the Calgary Flames in the qualifying round.

"I would have liked for playoffs to go a little bit better, but when I'm looking back on this year, I'm going to say we did some great things."

Boston Bruins goalie Tuukka Rask and Andrei Vasilevskiy of the Tampa Bay Lightning were also up for the Vezina this year.

There are a lot of good goaltenders in the NHL, Hellebuyck said, but the Winnipeg netminder is already planning to defending his title again next season.

"I'm looking forward to the fight to get back into Vezina talks next year," he said. "And I'm going to enjoy this one while I have it."

Roman Josi of the Nashville Predators took home defenceman of the year honours on Monday, edging out John Carlson of the Washington Capitals and Victor Hedman of the Lightning.

The 30 year old is the first Swiss-born player to win an individual NHL award.

"It's always been a dream of mine and from a personal standpoint, it's pretty surreal that I've actually won this. And it's definitely a dream coming true," he said.

Josi led Nashville in scoring through the regular season with 65 points (16 goals, 49 assists).

WATCH | Rookie of the year honours go to Avalanche's Makar: 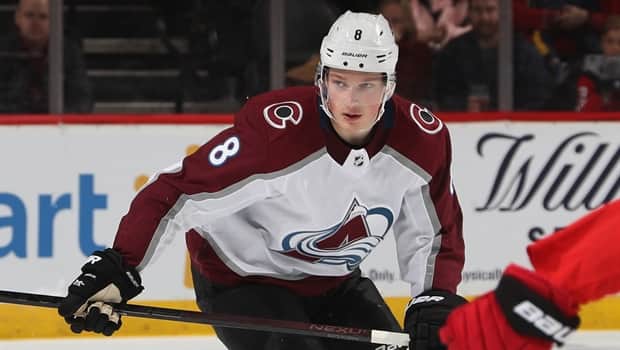 29 days ago
2:22
Colorado Avalanche defenseman Cale Makar edged Quinn Hughes of the Vancouver Canucks to win the Calder Trophy as the NHL's rookie of the year. 2:22

Hockey legend Wayne Gretzky announced the winner, noting in a video message that he didn't win the award as a young player.

"It really bothers me," Gretzky said.

For 21-year-old Makar, getting the award from Gretzky was almost as good as the honour itself.

"I've never met him before, so that was a pretty surreal moment for me," he said.

Makar dazzled in his first full NHL season, registering 50 points (12 goals, 38 assists) and leading all rookies with 0.88 points per game.

Makar had kind words for Hughes on Monday, saying that along with Miro Heiskanen of the Dallas Stars, there's an exciting group of young blueliners making their way in the NHL.

"I'm very honoured to even be considered in that group," Makar said. "They're both exceptional players. I love watching both of them. There's so many things you can pick from their games to help myself as an individual. So I'm excited to see where their futures can go. And hopefully we can take d-men to another level."