NHL goalies getting creative with at-home training during pandemic

NHL puck-stoppers are at a disadvantage when it comes to maintaining most of their physical skills during the COVID-19 outbreak that forced the NHL to pause its season on March 12. But some are taking the challenge head-on and getting creative.

Vancouver Canucks goalie Jacob Markstrom is using a tennis ball machine as part of his training to stay sharp.

Columbus Blue Jackets counterpart Joonas Korpisalo doesn't have that technology at his disposal during the COVID-19 pandemic, so a wall has had to do the trick.

"I have a pretty good shooter here," Andersen joked.

But no matter the setup, NHL puck-stoppers are, at least on the surface, at a disadvantage when it comes to maintaining most of their physical skills during the novel coronavirus outbreak that forced the NHL to pause its season on March 12.

Unlike skaters, who might have a net in the driveway or the ability run through a stickhandling drill, goalies are having a hard time mimicking situations that even loosely resemble practice or game situations.

"We're doing our best and working a lot on hand-eye," Markstrom said. "Don't let your eyes fall asleep is a big thing." 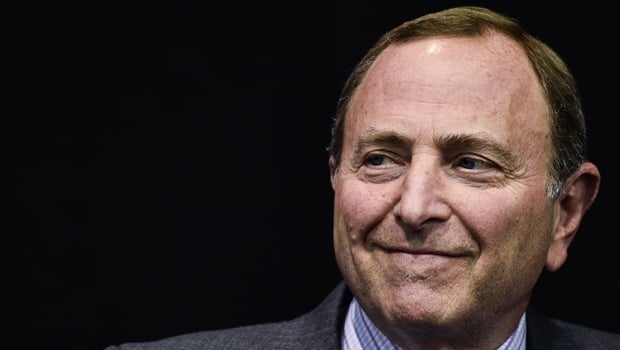 3 takeaways from the Gary Bettman interview

6 months ago
2:14
NHL Commissioner Gary Bettman spoke to Ron MacLean about how the league could possibly resume play, Rob Pizzo breaks down the interview. 2:14

Winnipeg Jets netminder Connor Hellebuyck has also been doing his best to stay on top of things during this unprecedented stoppage.

But it's not easy.

"No one's been through this before," Hellebuyck said. "There's really no book, no right way. I'm not able to strap on the pads. That's the most important part about being dialled in as a goalie, getting a feel and really getting the workload. Going for a run isn't going to keep me in goaltender shape."

"It's definitely a challenge not to be able to go on the ice," Andersen said. "In times like this where facilities are limited, it's about trying to be creative."

That's why many goalies are leaning on their private trainers.

While a team's strength and conditioning coach has to formulate programs for more than 20 players, people like Adam Francilia, whose NHL clients include the San Jose Sharks, Hellebuyck, Minnesota's Devan Dubnyk and Carolina's James Reimer, develop plans specifically for netminders. 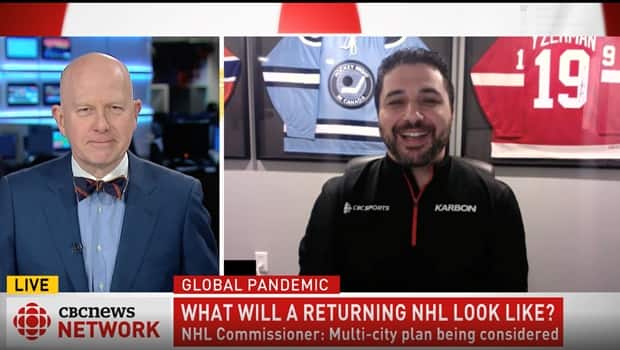 "In some cases they have really great home gyms at their disposal," Francilia said. "And then there's some guys in a condo with nothing … but I have enough stuff in my repertoire that guys only need their body weight to train."

Francilia, who focuses on long-term athlete development, said while the coronavirus shutdown is an overall negative, it's presented an opportunity.

"Every goalie has little bits and pieces they can always work on, whether it's related to a past injury or some imbalances or some biomechanical hiccups that you never get to during the season," he said. "The only limitation is knowledge and creativity."

John Stevenson, a performance psychologist and former NHL goalie coach, said he always instructs his netminders to work on blocking outside noise.

The pandemic is no different.

But not all training is equal.

"A lot of goalies train hard," he said. "But they don't all train smart."

Stevenson, who had a two-hour call with an NHLer on Friday, counsels players on variety of skills, including mental rehearsal — he doesn't like the term "visualization" — mindfulness meditations, cognitive perceptual training and breathing.

He suggests goalies go outside their comfort zone during the pandemic by incorporating new regimens.

"This is a great opportunity to go and try some things that you've never done before," said Stevenson, who shared that Hart is looking to improve his juggling skills from four balls to five. "This period of time could make some goalies better."

WATCH | Pro sports leagues plan to return without fans in the stands: 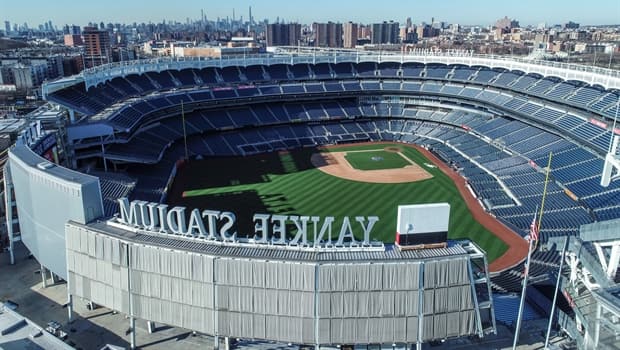 The National: Pro sports leagues plan to return without fans in the stands

6 months ago
2:32
CBC News' Jamie Strashin reports on the major sports leagues' plans to return to action, without fans in attendance. 2:32

Hellebuyck said he's been watching highlights from the Vezina Trophy-worthy campaign he hopes to resume later this spring or in the summer.

"Try to kind of live in the moment with that."

He added Francilia is constantly on his case about training, which includes detailed and varied videos demonstrating each exercise.

Ottawa Senators goalie Craig Anderson, who turns 39 next month, described the "mental battle" that comes with preparing for the resumption of a season that may or may not arrive.

"You just have to force yourself through it … it comes down to a mindset," he said. "It's too early to tell which way this thing's going to go. You just want to make sure you're ready at any given moment."

The other Andersen, Toronto's netminder, said he's doing his best to pretend he's still in the middle of the season.

"You need to keep your mental focus on actually playing hockey even though you can't be on the ice," Andersen said. "The videos have allowed me to keep that going."

"I've been watching all the video clips from this season — all the games I've where I played well," Korpisalo added. "It reminds me of those good moments."

Like many people self-isolating, Francilia said monotony can even get NHLers down. With that in mind, he's tried to set short-term goals for his clients.

"At the end of the day, it doesn't matter if we're training to return," he said. "Think about this as exercising because you want to be a healthy individual. Try to widen your worldview. At the same time, these guys are so used to competing and becoming single-minded in their focus. I encourage them to also get excited. This is an opportunity in an otherwise pretty uneventful day to create that competitive moment.

"Here's the moment these guys are starving for."