The Florida Panthers will have a new general manager next season, making the announcement early Monday that Dale Tallon is leaving the franchise after 10 years.

The Florida Panthers will have a new general manager next season, making the announcement early Monday that Dale Tallon is leaving the franchise after 10 years.

Tallon's contract as president of hockey operations and general manager expired July 1, and was extended by Panthers owner Vincent Viola to get through the remainder of a season that was stretched out by the coronavirus pandemic. The Panthers were eliminated from the playoffs on Friday, falling to the New York Islanders in four games.

That ouster, the end of yet another season of high expectations that didn't deliver as planned, sealed Tallon's fate. The team said it was a mutual decision for Tallon to leave.

"For the last decade, Dale raised the team's profile, attracted key players to South Florida and brought character and class to our franchise," Viola said. "When we purchased the Panthers in 2013, we did so with a singular goal — to win a Stanley Cup. We have not seen our efforts come to fruition. We will now begin an organizational search for the next General Manager."

The Panthers' decision to seek a new GM came one day after the NHL first-round playoff matchups were set, and hours before the league was holding the second phase of its draft lottery — with Florida being one of the eight teams with an equal shot at the No. 1 overall pick and chance to draft prized winger Alexis Lafreniere. 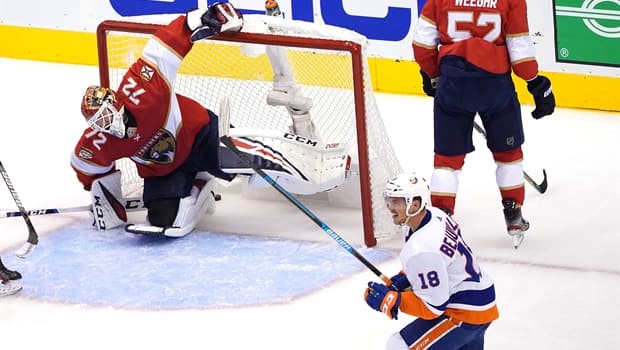 Anthony Beauvillier guides Islanders past Panthers and into playoffs

3 months ago
0:52
Anthony Beauvillier scored the first two goals in the New York Islanders 5-1 win as they eliminated the Florida Panthers in four games. 0:52

"I would like to thank the South Florida fans and community for the last 10 years, and the Viola family for the last seven with this franchise," Tallon said. "I have had the opportunity to work with a group of first-class individuals, including a mentor of mine, the late William A. Torrey and I've had the privilege of watching the development of the organization's young talent who have become great players and even better people."

It's believed that the Panthers will look outside the organization for a new GM. Senior vice-president of hockey operations and assistant general manager Eric Joyce will likely continue to oversee the team's AHL club.

And Roberto Luongo, the longtime Panthers goalie whose jersey was retired by the club earlier this year, is expected to remain with Florida. Luongo was brought on this season as a special advisor to Tallon, but is not believed to be a GM candidate.

WATCH | 9 takeaways in 90 seconds from the first week of NHL playoffs: 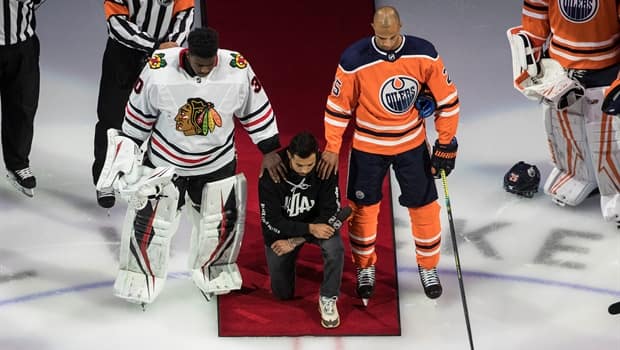 3 months ago
2:09
Rob Pizzo breaks down a very eventful first seven days of the NHL postseason. 2:09

Tallon had been with Florida since May 17, 2010, coming in at a time when the Panthers were 10 years removed from what had been their most recent playoff appearance. They went to the post-season three times in the decade that Tallon spent with the club, though still haven't won a playoff series since the franchise's lone run to the Stanley Cup Final in 1996.

Tallon had successes, such as drafting Jonathan Huberdeau, Aleksander Barkov and Aaron Ekblad — now cornerstones of the team. He brought Luongo back to Florida in a trade, swung a deal in 2015 that added Jaromir Jagr to the club, assembled the 2015-16 that set team records for wins (47) and points (103), and last year was instrumental in the talks that lured his close friend Joel Quenneville to take over as coach of the Panthers.

Oddly, history is repeating itself on that front.

Tallon, then in Chicago, hired Quenneville to coach the Blackhawks in 2008 and wound up watching him win three Stanley Cups there in a six-year span. Tallon wasn't there for those Chicago titles; he was fired less than a year after delivering Quenneville.

And if Quenneville turns the Panthers into a winner, once again Tallon will be watching from elsewhere.