Experienced Chicago shows Oilers how to win when it counts

Once the sting of defeat fades away, the Edmonton Oilers have plenty to learn by conducting an extensive post-mortem of their 3-1 loss in the best-of five Stanley Cup qualifiers.

'There is a lot of work to be done,' says Edmonton coach Dave Tippett

Maybe one day, Connor McDavid, Leon Draisaitl and Ryan Nugent-Hopkins will thank Chicago when they hoist the Stanley Cup.

Once the sting of defeat fades away, the Edmonton Oilers have plenty to learn by conducting an extensive post-mortem of their 3-1 loss in the best-of five Stanley Cup qualifiers.

Professors Jonathan Toews, Duncan Keith and Corey Crawford simply offered the Oilers a master class in how to win when it counts.

"In the regular season, I felt maybe we overachieved a little bit and in the play-in series we underachieved," bemoaned Oilers head coach Dave Tippett. "There is a lot of work to be done." 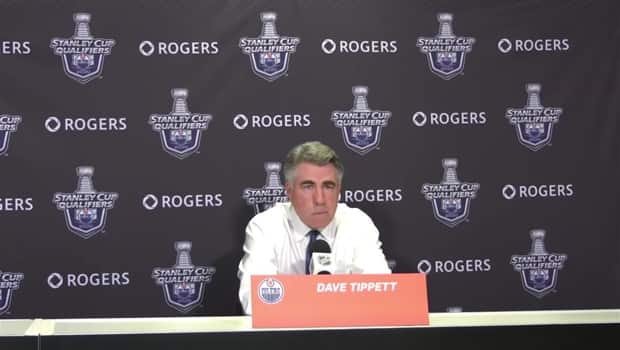 Dave Tippett after Chicago's upset of Edmonton: 'It is frustrating because we expected more'

2 months ago
9:11
Oilers bench boss Dave Tippett spoke with the media after Edmonton's disappointing exit prior to the NHL playoffs. 9:11

The Oilers — and their long-suffering fans — are understandably crestfallen, given their city is hosting the playoffs right through to the Stanley Cup final at Rogers Place.

"We're not happy at all," defenceman Darnell Nurse said after the Oilers lost 3-2 in Game 4. "We all thought we had more to give. We didn't bring what was necessary to win"

Indeed. Fifth-seeded Edmonton entered the qualifiers as heavy favourites against a 12th-seeded Chicago team that was a seller at the NHL trade deadline.

But Chicago minimized mistakes, capitalized on opportunities and enjoyed stellar goaltending from Crawford, who missed all but one day of training camp after battling COVID-19.

"That's a good veteran team with a lot of guys who've won Cups, who played important roles on teams that have won Cups," Nurse said. "We didn't bring enough to match it.

"The most intensity we had was when we played that exhibition game against Calgary." 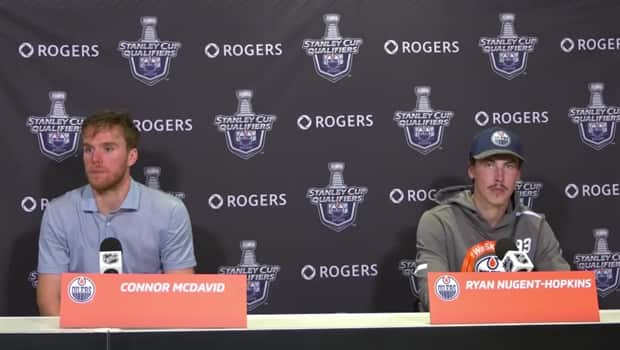 Connor McDavid: 'I thought we had our moments in this series'

2 months ago
6:09
Connor McDavid and Ryan Nugent-Hopkins took questions from the media after being eliminated from the NHL qualifier by Chicago. 6:09

On Friday night, with the game tied 2-2 in the third period, Toews outworked rookie defenceman Ethan Bear behind the net and fed the puck out front to Dominik Kubalik. Oilers goalie Mikko Koskinen went down early, and Kubalik picked the top corner short side.

"Those are battles that were lost," said centre Leon Draisaitl. "You have to tie up or win the battle — which we clearly didn't do."

Toews schooled Bear, and Koskinen failed to bail the Oilers out.

"We needed to make a few less mistakes, and when you do make mistakes, it'd be nice to get a couple of extra stops there," Tippett said. "There are times when I thought we were doing a lot of good things. Other times we took a step back. I guess that's just the growth of our team." 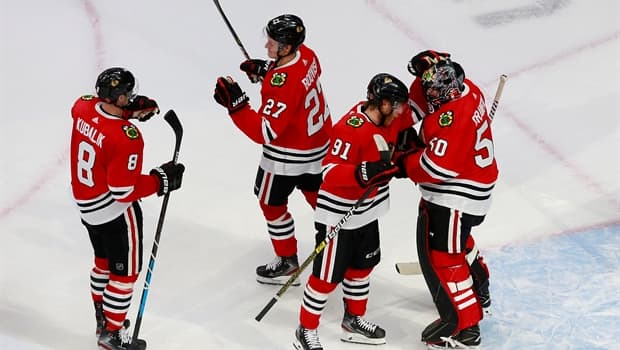 2 months ago
1:01
Dominik Kubalik's 3rd period goal was the difference as Chicago beat the Edmonton Oilers 3-2 and advance to the NHL playoffs. 1:01

Goaltending is but one reason for defeat. Edmonton's lack of offensive depth forced McDavid, Draisaitl and Nugent-Hopkins to try to do too much by themselves.

Promising forward Kailer Yamamoto excelled this winter upon being called up from the minors, but he looked overwhelmed against Chicago. Bruising Zack Kassian was generally a non-factor throughout the series.

Edmonton needs more toughness throughout the lineup, an upgrade in goal, and more offensive run support.

"We have good pieces in this group," Tippett said. "We wanted to play real meaningful games. We wanted the chance to be a playoff team. And we tried to earn the right to do that and didn't get that done."

In hockey, as in life, lessons are often learned the hard way. Attention to detail can feel boring, but the Oilers cost themselves a chance at coming back Friday with a too-many-men penalty at 17:57 of the third.

All is not lost for the Oilers. Next up is Monday's second phase of the NHL draft lottery where Edmonton has a 12.5 per cent chance at winning the first pick for the fourth time in franchise history.

Consensus first-overall pick Alexis Lafreniere, a phenom out of Rimouski of the Quebec Major Junior Hockey League, would give the Oilers yet another elite player to build around.

"I mean, it's been a weird year, everyone can say that," McDavid said. "Coming back from the pause, you never know what it's going to be like.

"I thought we had a good training camp, everyone was good to go, you lose three of four and you don't get in. That's the way it goes."