McDavid-Draisaitl magic paying off in the standings for Oilers

The wizardry of Connor McDavid and Leon Draisaitl amazes even their Edmonton Oilers teammates.

Somehow, over the past nine days, Zack Kassian pulled off the impossible by stealing the bulk of hockey headlines in Edmonton from star teammates Connor McDavid and Leon Draisaitl.

Such is life for the newest protagonist — or villain, depending on what team you cheer for — in the revived Battle of Alberta.

But Kassian harbours no illusions over the main reasons why the Edmonton Oilers reside in second place in the Pacific Division at the NHL all-star break.

Sure, the Oilers are seeing an improvement in secondary scoring, especially since the Dec. 29 call-up of Kailer Yamamoto from the American Hockey League Bakersfield Condors. And sure, the Oilers are capitalizing on the improved play of goaltenders Mike Smith and Mikko Koskinen between the pipes .

"Nothing surprises me after seeing them for so many years now," says Kassian, who just completed a two-game suspension for pummelling Calgary forward Matthew Tkachuk in a 4-3 loss to the Flames last week. "They are two elite players.

"The scary thing is they're so young still. They haven't even reached their ceiling." 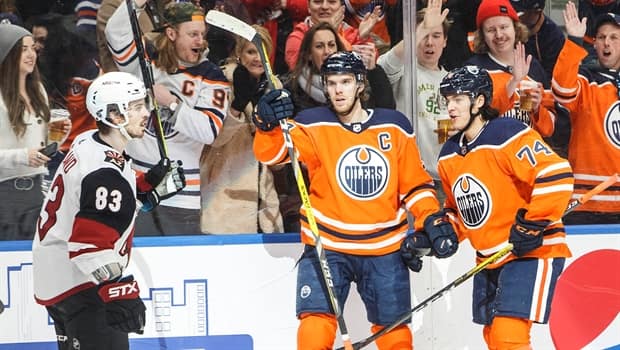 1 year ago
1:00
Connor McDavid had a pair of goals and Riley Sheahan set a career-high with four points as the Edmonton Oilers thumped the Arizona Coyotes 7-3. 1:00

Scary for the rest of the league, but not for the long-suffering fans in Edmonton who take great pleasure in the fact McDavid just turned 23 and Draisaitl is only 24.

There's something to be said about having two franchise centremen on the same team — much like Edmonton's Wayne Gretzky and Mark Messier in the 1980s.

"Obviously, Leon is known for his passing and playmaking ability," Kassian says. "Leon can be a horse out there. He kills penalties. He really does it all.

"Connor is so dynamic with the puck. He's so gifted offensively and he has so many abilities. Essentially it's impossible for defencemen to stop him."

Case in point: McDavid's breakaway goal on Jan. 11 in Calgary when Sportsnet clocked the Oilers sniper at 44.2 km/hr – a speed that would earn him a ticket if driving in a school zone.

McDavid picked up the puck at his own blueline and cut between Calgary defencemen Travis Hamonic and Noah Hanafin, before going top shelf on goalie Cam Talbot.

"I've seen him do it hundreds of times in practices and games and on the highlight reels," says Talbot, who played the better part of four seasons in Edmonton. "He can beat you so many different ways, and all you can do is stay patient.

"I didn't think I put myself out of position but sometimes guys like Connor just find a hole."

That wizardry with the puck will be on display this week in St. Louis with McDavid and Draisaitl representing the Oilers at the NHL all-star weekend.

(And in all seriousness, the hockey world is still buzzing over the signature goal McDavid scored in Toronto on Jan. 6 when he blew past defenceman Morgan Rielly and deftly chipped the puck over goalie Michael Hutchinson.) 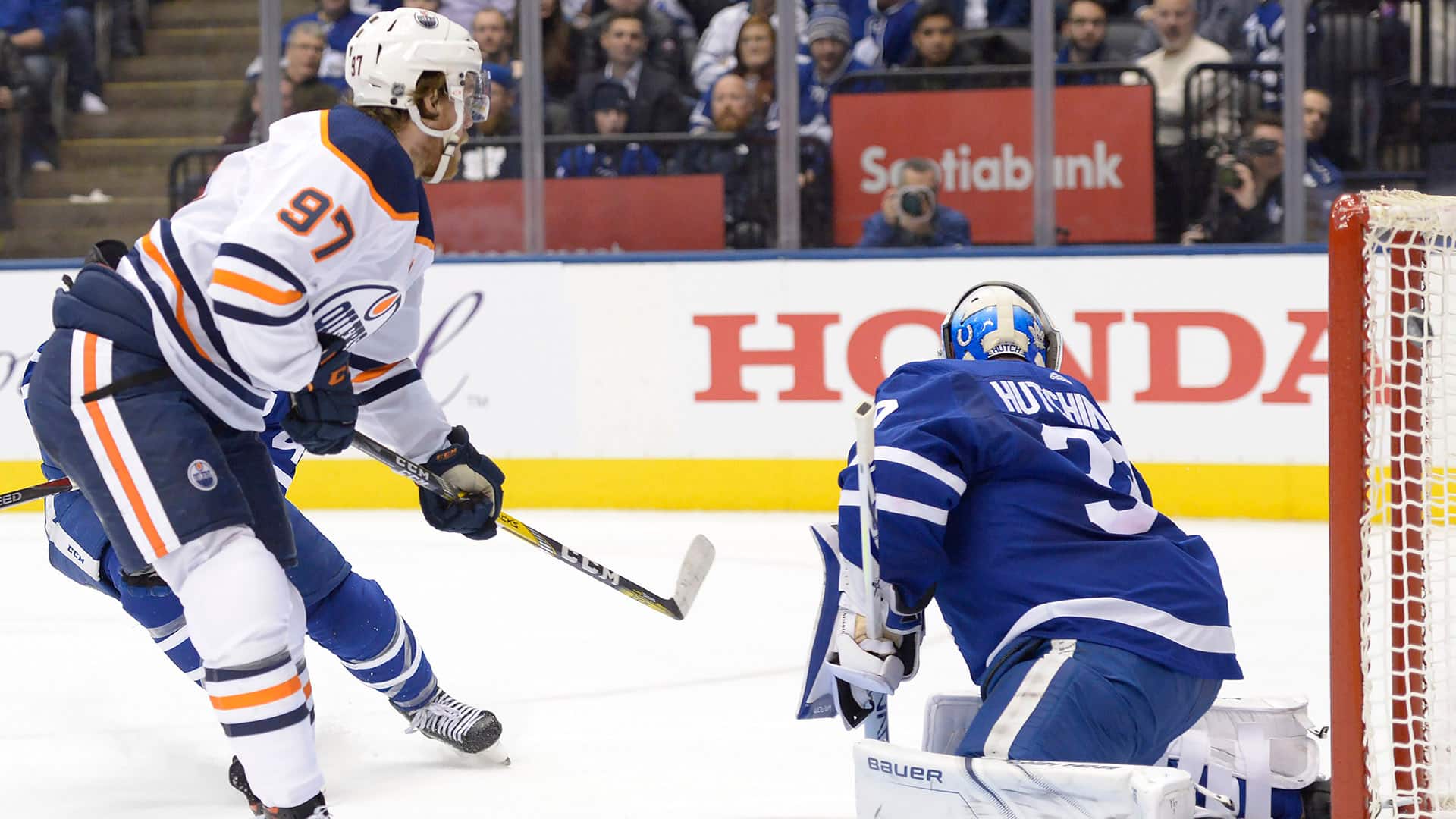 1 year ago
1:30
Edmonton Oilers' Connor McDavid took Toronto Maple Leafs defenceman Morgan Rielly for a ride on Monday, scoring one of the best goals you will ever see. 1:30

"Connor just plays with such speed and such poise," says the reborn James Neal, who has 19 goals this season with Edmonton after scoring just seven all of last year in Calgary.

"You know, I feel bad for some guys having shift after shift to try to defend him."

"An unbelievable player," Neal says. "Very impressive. His ability to move the puck is top in the league. His ability to hold guys off, how strong he is, and then his shot … He's a goal-scorer too."

McDavid (116 points) and Draisaitl (105 points)  finished second and fourth respectively last year in the NHL points race, but the Oilers still finished the season with the second-worst record in the Western Conference.

Hope abounds in Edmonton that by head coach Dave Tippett separating them at even strength, the Oilers will score more as a team.

Both superstars appear to have bought in with McDavid centring Kassian and Neal and Draisaitl playing between Yamamoto and Nugent-Hopkins.

"When you see them every day and you're around them every day, they have a passion to win," Tippett says. "There's lots of individual accomplishments for them and accolades for them.

"But both of them want to be really good team players who want to win. They want to push the franchise ahead and be known as a winning franchise — not just a franchise with a couple of good players."