4 years agoVideo
0:35
The future is bright for both the Oilers and the Leafs, as their young stars bring home hardware from the NHL awards. 0:35

Connor McDavid won his first Hart Trophy. Hardly anybody in hockey believes it will be his last.

The Edmonton captain claimed the award as the NHL's most valuable player Wednesday night at the league's post-season awards show at T-Mobile Arena, the new home of the expansion Vegas Golden Knights. 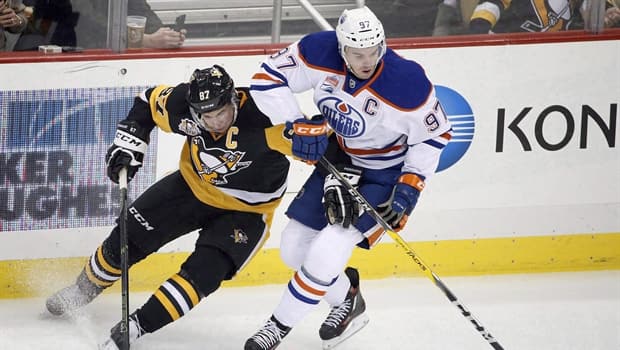 4 years agoVideo
1:19
Connor McDavid was named the NHL's most valuable player, winning the Hart Memorial Trophy. The Richmond Hill native lead the NHL in scoring with 100 points this season 1:19

McDavid also won the Ted Lindsay Award, given to the league's most outstanding performer in a vote of his fellow players. He already knew he would win the Art Ross Trophy as the NHL scoring champion.

"To see the trophies up close and personal, touch them, get your picture with them, it makes it a little more real," McDavid said. "Today is a very special day in my life, for sure." 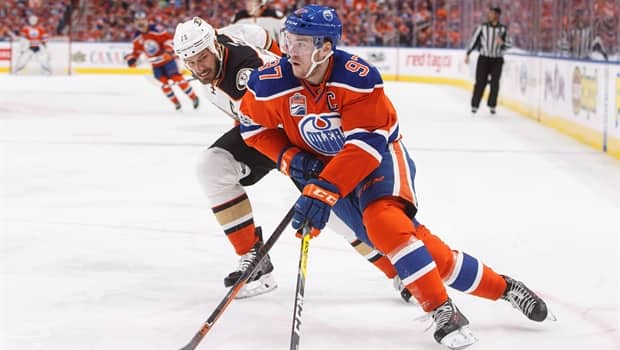 4 years agoVideo
1:38
Edmonton Oilers captain Connor McDavid won the Ted Lindsay Award as the most outstanding player in the league as voted by members of the NHLPA for the 2016-17 season 1:38

The honours capped a remarkable sophomore season for the 20-year-old centre, who won his first scoring title and led the Oilers back to the Stanley Cup playoffs after an 11-year absence. The former No. 1 pick beat out fellow finalists Sergei Bobrovsky of Columbus and Pittsburgh's Sidney Crosby.

McDavid is the third-youngest player to win the award. Only Crosby and Wayne Gretzky claimed the Hart as teenagers. The last Oiler to win the Hart was Mark Messier in 1990. 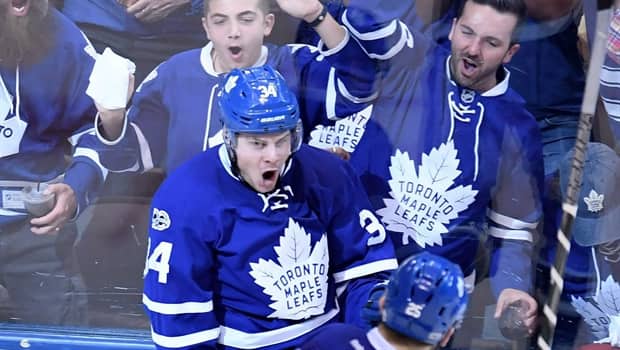 Matthews was the no-brainer choice for the Calder after his 69-point rookie season for the Leafs, who hadn't had a Calder winner since Brit Selby in 1966.

The Arizona-raised centre was grateful to accept the award in Las Vegas, where he hopes more desert kids will be inspired by the Golden Knights.

"I think it's going to be great," Matthews said. "For myself, when the Coyotes moved [to Phoenix], that's how I got into hockey. Seeing the teams in California kind of encouraged kids growing up to pick up the stick and start playing. [The Golden Knights] will definitely grow the game."

Ottawa goalie Craig Anderson won the Bill Masterton Trophy for perseverance, sportsmanship and dedication to hockey. Anderson left the Senators during the season to support his wife, Nicholle, in her fight against throat cancer, but returned to become Ottawa's career victories leader. 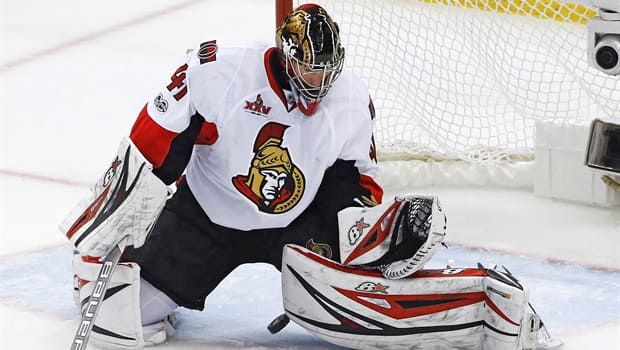 4 years agoVideo
1:25
Ottawa Senators goaltender Craig Anderson has been awarded the 2017 Bill Masterton Memorial Trophy as the player who exemplifies the qualities of perseverance, sportsmanship and dedication to hockey. 1:25 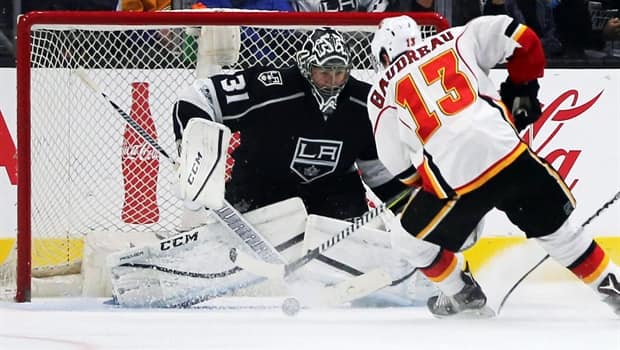 The league also revealed the results of the Golden Knights' expansion draft during the show, with former Pittsburgh goalie Marc-Andre Fleury getting wild cheers from an arena filled with new fans of the NHL's 31st franchise.

While Crosby didn't claim the Hart, the back-to-back Stanley Cup champion won the Richard Trophy as the NHL's top goal-scorer.

"I haven't even thought about that, to be honest with you," Crosby said. "Been a lot of things going on."

Crosby was sorry to part ways with Fleury, his longtime teammate in Pittsburgh.

"I'll let him know how weird it was seeing him in a jersey like that," Crosby said. "I know that he is going to do great things here."

Bergeron also won the Selke in 2012, 2014 and 2015. The two-way Bruins star beat out Anaheim's Ryan Kesler and joined Bob Gainey as the only players to win the Selke four times.

Bergeron paid tribute to Gainey after the Montreal great presented the award to him.

"I think it's the way that he played the game hard and was always in the right position," Bergeron said. "Not only him on the ice, but also him off the ice as a role model, as a person, I've always respected him for that. It was special to receive that award from him, because he was such an important player for the NHL."

Bobrovsky got 25 of the 30 first-place votes to outdistance Braden Holtby and Carey Price after leading the league with a 2.06 goals-against average and a .931 save percentage. Bobrovsky, the first Russian to win the award twice, and Tortorella played major roles in the Blue Jackets' revival for the best season in franchise history.

"That's the way I play the game," Burns said. "For me to be successful, to help the team, I've got to help create offence and get into the plays. If I'm not doing that, if I'm not skating and creating things, then I'm not really doing much out there."