U.S. women's hockey star Brianna Decker showed everyone how it's done in the passing challenge at Friday night's NHL all-star skills competition in San Jose. On Saturday, a hockey apparel company stepped in to compensate her following a social media campaign.

Since she was "demonstrating" the Premier Passer event, her time — unofficially clocked at three seconds faster than the best men's time — did not count, but a hockey apparel company stepped in following a social media campaign to recognize the American.

Decker's time of one minute and six seconds was clocked by fans on social media, as it was not timed by the NHL.

Later, Sportsnet's Elliotte Friedman reported that the NHL went back to check Decker's time and found that it was "around 1:12-13." The Edmonton Oilers' Leon Draisaitl was the official winner, clocking in at 1:09. 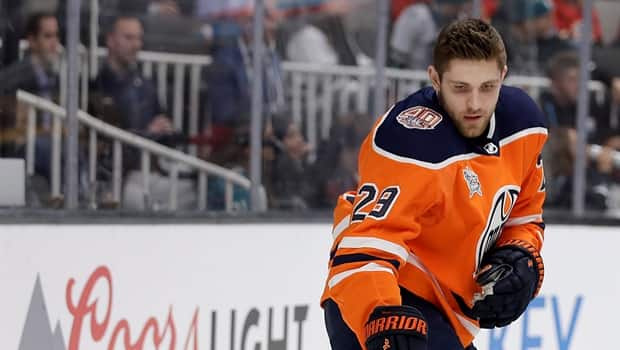 The winner of this event was to be awarded $25,000 US — which CCM Hockey pledged to give her on Saturday. During the All-Star Game, the NHL commemorated the efforts of Decker, Kendall Coyne Schofield, Rebecca Johnston and Renata Fast, pledging to donate $25,000 to each of the charities of their choice.

The U.S. and Canadian women's players involved in the skills competition are honored at the game, and the NHL is donating $25,000 each to the charities of their choice. <a href="https://twitter.com/hashtag/NHLAllStar?src=hash&amp;ref_src=twsrc%5Etfw">#NHLAllStar</a>

Adidas also announced "new multi-year partnerships" with the four players. "With the new partnerships, each athlete will play prominent roles in brand initiatives and be featured marketing campaigns," the apparel company said in a press release.

Initially, the fact that it was given to Draisaitl was not sitting well with some hockey fans who pointed out Decker may be better able to use the cash when juxtaposed with the Oilers star's $9-million-per-year contract.

That spawned the hashtag #PayDecker:

Draisaitl also told The Hockey News he was unaware Decker had a better time — and was thoroughly impressed:

Brianna Decker:<br><br>“Karlsson went after me, so I was like, ‘OK, I think I might have beaten him,’ but I didn’t know how long it took me. I was just casually going through the demo."<br><br>Leon Draisaitl: <br><br>“She beat me? Wow. That’s really impressive. Good for her.”<a href="https://twitter.com/hashtag/PayDecker?src=hash&amp;ref_src=twsrc%5Etfw">#PayDecker</a>

Decker's performance was just one example from the night in San Jose of how impressive women's hockey players are.

Earlier, Decker's teammate Coyne Schofield became the first woman ever to compete in the NHL All-Star skills competition on Friday night. Filling in for Avalanche star Nathan Mackinnon, she raced around the rink in a time competitive with the top skaters in the men's game in another barrier-breaking moment for women's hockey. 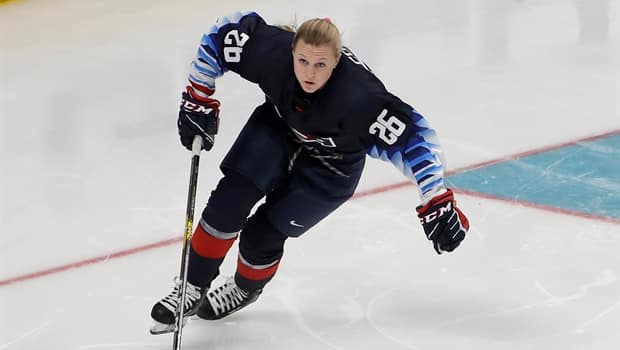 2 years ago
1:11
The American made history on Friday by becoming the 1st female to compete in the NHL's Skills Competition when she raced around the ice in the Faster Skater competition. 1:11
CBC's Journalistic Standards and Practices|About CBC Sports