Erik Haula had a goal and an assist and Charlie Lindgren made 33 saves in his first start of the season, leading the Carolina Hurricanes to a 3-1 win over the Montreal Canadiens on Tuesday night.

Max Domi extends goal streak to 6 in losing cause

Erik Haula is returning to his early season form after returning from an injury.

Haula had a goal and an assist as the Carolina Hurricanes beat the Montreal Canadiens 3-1 on Tuesday night..

Sebastian Aho also scored and Teuvo Teravainen had two assists for the Hurricanes (24-14-2), who won their second straight game after a three-game losing streak. Ryan Dzingel scored into an empty net.

Max Domi scored for the sixth straight game for the Canadiens (18-16-6), who dropped their third straight and closed out a seven-game trip with a record of 3-4. 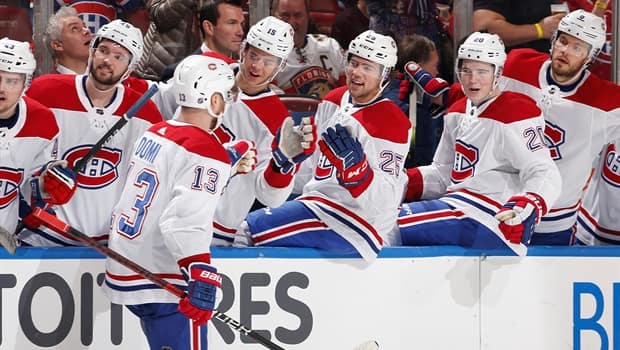 Charlie Lindgren made 33 saves in his first start of the season for Montreal.

Petr Mrazek stopped 28 of 29 shots for the Hurricanes, including a save on a breakaway by Phillip Danault when the score was tied 1-1 in the first period.

Ryan Poehling appeared to tie the score at 2-2 for Montreal with 8:08 remaining in the third period, but a replay review after a challenge by the Hurricanes concluded that Danault interfered with Mrazek on the play.

"It's a very fine line, like we've seen lately," Haula said. "When we bring it, we're a tough team to beat. And when we're a little off, it's tough for us to get some points." 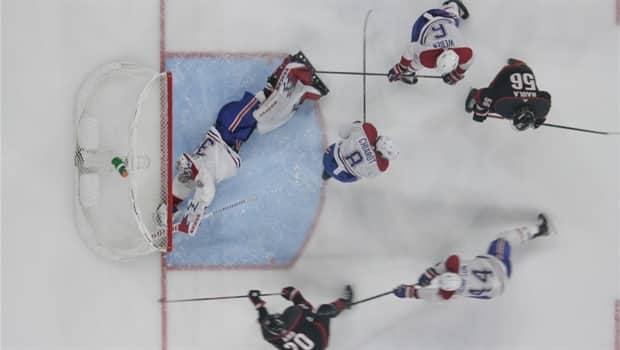 Habs' Lindgren makes a huge save on Canes' Aho

1 year ago
1:01
Montreal's Charlie Lindgren reaches out to rob Sebastian Aho with a great glove save. 1:01

Haula opened the season with eight goals in his first 14 games before missing 19 of the next 21 due to injury. In five games since returning Dec. 21, he has three goals and six points, none bigger than his second-period score Tuesday.

Carolina entered the game with the seventh-most points in the Eastern Conference and looking to build on Saturday's win over Washington. The meeting with Montreal was the second game in a seven-game homestand that presents a critical opportunity to gain points in the standings near the midway point of the season.

"We understand that these are huge games, a lot of home games," Haula said. "And the schedule is not getting any easier. We've got a lot of tough games coming up."

With the score tied 1-1, Haula parked in front of the net and converted a feed from Brett Pesce after Teravainen started a rush with a clever pass to Pesce. Haula said he was frustrated to be injured this season, especially after playing just 15 games for Las Vegas last season before suffering a season-ending knee injury.

Despite that injury, the Hurricanes saw promise in him when they acquired him in an off-season trade.

"He's done an incredible job, really, all year," said Carolina coach Rod Brind'Amour. "It's just unfortunate that he had to miss about a month there. He solidifies our lineup when we get the centre position like that, and that line has been really effective all year, and lately especially now that he's back."

Montreal, meanwhile, limps home after struggles on its special teams ruined an otherwise strong defensive performance on a solid night by Lindgren. The Canadiens managed just one shot on goal on three power plays and allowed Aho to score with the man-advantage.

"I think we did a decent job here tonight, keeping them to two goals, taking away that empty netter," said Montreal coach Claude Julien. "At the same time, we're trying to get the most out of what we have right now, we have a lot of injuries."

Canadiens forward Brendan Gallagher was injured when his head collided with teammate Ben Chiarot's knee as Gallagher fell to the ice in the third period after being checked by Carolina's Jordan Staal. Julien said Gallagher will be evaluated by doctors when the team returns home.

Aho opened the scoring for the Hurricanes on a power play just 1:55 into the game when he batted the rebound of a Haula shot into the net. A replay review confirmed that the puck was below Aho's shoulder when he hit it, so the goal was allowed to stand.

Domi evened the score at 1-1 later in the first when he poked the puck away from Teravainen in the Carolina zone and capitalized on the turnover by sending a wrist shot from the slot high into the net on Mrazek's glove side.