Hyman had a hearing with the NHL department of player safety earlier Sunday and they announced the suspension later that night.

Hyman was given an interference major on the play in Toronto's 6-3 loss in Boston on Saturday night. 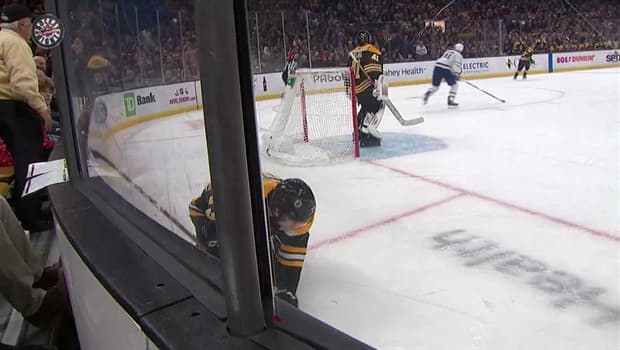 2 years agoVideo
2:01
The Boston Bruins doubled up the Toronto Maple Leafs 6-3 in a game that saw 98 minutes worth of penalties doled out. 2:01

McAvoy had cleared the puck out from behind his own goal-line and was watching the play unfold when Hyman hit him, knocking the Bruins defenceman to the ice.

McAvoy had already missed 20 games this season with a concussion.

The suspension is Hyman's first in his 210-game career.

Hyman will forfeit $24,193.54. The money goes to the Players' Emergency Assistance Fund.