Toronto will take on the Boston Bruins in Game 7 of their Eastern Conference quarter-final Tuesday night (CBC, CBCSports.ca, 7 p.m. ET), and John Tavares knows how he performs will likely go a long way in determining if the franchise moves beyond the first round of the playoffs.

Toronto is looking for its first playoff series win since 2004

When the Maple Leafs signed John Tavares last summer, they had moments like these in mind.

Toronto will take on the Boston Bruins in Game 7 of their Eastern Conference quarter-final Tuesday night (CBC, CBCSports.ca, 7 p.m. ET), and one of the team's star centres knows how he performs will likely go a long way in determining if the franchise moves beyond the first round of the playoffs for the first time since 2004.

"To get to where we ultimately want to get to and achieve the ultimate goal and play for a Stanley Cup, you're going to have opportunities like this," Tavares said after the Leafs' morning skate at TD Garden. "These are the things you've got to go through — games you've got to find ways to win.

"It's playoff hockey. This is what it's all about. You just go out there and leave it all on the line." 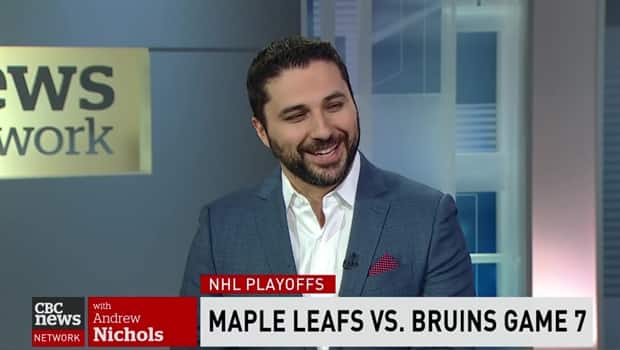 The Leafs missed a chance to advance to the conference semifinals when they fell 4-2 at home in Game 6 on Sunday.

Toronto also could have gone up 3-1 at Scotiabank Arena in Game 4, but lost 5-4 midway through a back-and-forth series where neither teams has managed consecutive victories and the visitors hold a 4-2 record.

The Leafs lost to the Bruins in seven games at this stage of the playoffs last spring after falling to Boston in a crushing Game 7 loss in 2013, although defenceman Jake Gardiner and suspended centre Nazem Kadri are the only players that remain on the roster from that miserable night. 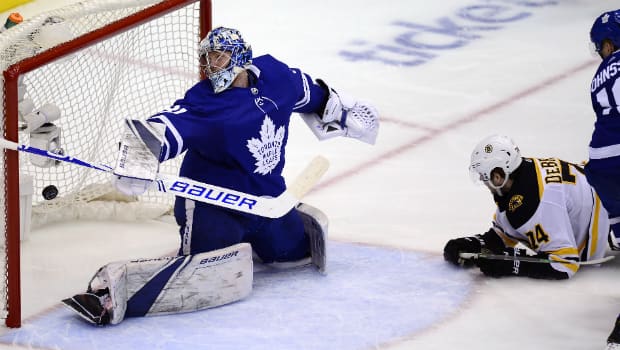 2 years agoVideo
2:12
Boston rebounded on the road to beat Toronto 4-2, keeping their season alive and forcing a Game 7 on Tuesday back at TD Garden. 2:12

"It's two really good teams that are playing," Toronto head coach Mike Babcock said. "As you look at the National Hockey League you see lots, you see how tight it is. The biggest thing for me is we're going in the right direction. We're building a program that I think is giving us a real opportunity. We've been here before.

"We feel like we're set up better to do it. You've got to keep pushing till you get through these opportunities and you keep advancing. That's a challenge for us."

Asked how it felt to wake up the morning of a Game 7, Leafs centre Auston Matthews, who has five goals in his last four games, kept his cards close to the vest.

"Like any other game day, I guess," the 21-year old said. "It's obviously a big game for us, but I don't think the mentality or anything changes.

"You want to go in and play your best game. It's win or go home."

For the Leafs to keep playing, they'll have to solve a Bruins' power play that's an eye-popping 7-for-16 in the series. Toronto has struggled in the faceoff circle while killing penalties, and could deploy Tavares on draws in an effort to gain more possession.

Tavares is also looking to contribute on the offensive side. Despite playing well against the Bruins' top line at 5-on-5, he has just one empty-net goal, while linemate Mitch Marner has a solitary point at even strength.

Babcock said his message to the team before puck drop is simple — embrace the moment.

"If you're Mitch Marner when you're seven or eight and you're playing road hockey, which guy were you? You were whoever scored the overtime winner the night before," said the coach. "Be that guy again. But enjoy what you're doing. The feeling of anxiety, and the feeling of a little tightness, that's what you're supposed to feel.

"It helps you react better. It helps you be quicker. It means you're alive. Don't we all want to be alive?"

That's what the Leafs hope to be when they wake up tomorrow morning.

"We want to keep playing," Tavares said. "We don't want this thing to end."