Jarome Iginla will headline the Hockey Hall of Fame's class of 2020. The Calgary Flames icon and former captain was in his first year of eligibility following a standout career that spanned from 1996 to 2017.

Jarome Iginla will headline the Hockey Hall of Fame's class of 2020.

The Calgary Flames icon and former captain was in his first year of eligibility following a standout career that spanned from 1996 to 2017.

Three-time Stanley Cup champion Marian Hossa will join Iginla in the players' category, along with a pair of defencemen who have waited a long time to hear their names called — Kevin Lowe and Doug Wilson — and Canadian women's national team goalie Kim St-Pierre.

Edmonton Oilers general manager Ken Holland, meanwhile, will go into the hall as a builder, rounding out the 2020 class unveiled Wednesday in Toronto following a vote by the hall's 18-member selection committee.

Iginla, who also helped Canada win gold at the 2002 and 2010 Olympics, will be the fourth Black person enshrined in the hall. 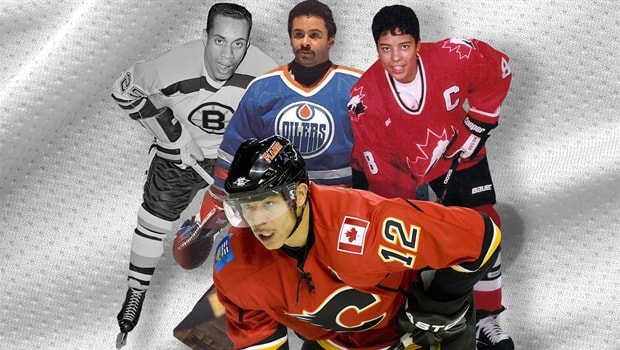 8 months ago
1:35
Jarome Iginla was pretty much a lock to get the call from the Hockey Hall of Fame, but his induction takes on a new meaning in a year filled with civil unrest.  1:35

"It's an amazing honour," Iginla said on a conference call after the announcement. "I didn't view myself in minor hockey as a Black hockey player, but I was also aware that I was.

"I had a lot of positive, wonderful experiences, but a question I got asked a lot was: 'What are the chances of making it to the NHL?' And there aren't many Black players in the NHL. It was always very important to me. I had faith. As a kid, I wanted to be like Mark Messier and I loved Wayne Gretzky, the same as other kids. But also it really was special to me to see the Black players that were in the NHL — to see Grant Fuhr starring, to be able to say to other people: 'Look at Grant Fuhr. He's an all-star.'

"It was very, very important for me following my dreams."

Iginla registered 525 goals and 1,095 points in 1,219 games from 1996 through 2013 with Calgary before stops with the Pittsburgh Penguins, Boston Bruins, Colorado Avalanche and Los Angeles Kings. The 42-year-old Edmonton native finished his career with 1,300 points in 1,554 regular-season contests, to go along with 37 goals and 31 assists in 81 playoff outings.

Iginla will soon join Fuhr as one of only two Black players honoured for their on-ice accomplishments in the NHL. James was a trailblazer in the women's game, while O'Ree was the NHL's first Black player in 1958, but only played 45 games.

"If there's other kids, other minorities, other Black kids growing up and seeing that it's possible.... I know it was special to me," Iginla said. "Maybe that will be special to other kids in the way that it was to me.

"I didn't have to experience anything near what [O'Ree] had to do and [I'm] very thankful for his courage."

The winger put up solid numbers despite playing a large portion of his career during the so-called dead puck era, when defensive play reigned before the NHL instituted a number of rule changes following the 2004-05 lockout.

Iginla won the Art Ross Trophy as the league's leading scorer in 2001-02, and grabbed the Rocket Richard Trophy with the most goals that season and again in 2003-04.

Selected 11th overall in the 1995 NHL draft by the Dallas Stars before being dealt to the Flames as part of the Joe Nieuwendyk trade, Iginla willed Calgary to Game 7 of the 2004 Stanley Cup final before they fell to the Tampa Bay Lightning.

While he didn't enjoy a ton of team success in the NHL, Iginla won two Olympic gold medals — he was the first Black athlete to win gold in any sport at the Winter Games — and played a key role in one of the most iconic moments in Canadian hockey history, assisting on Sidney Crosby's 2010 golden goal against the United States in Vancouver.

"The pressure in those games, in the do-or-die games especially, it's pretty awesome," said Iginla, who also topped the Olympic podium in 2002 and also played for his country in 2006. "You get on the bench and you're a fan." 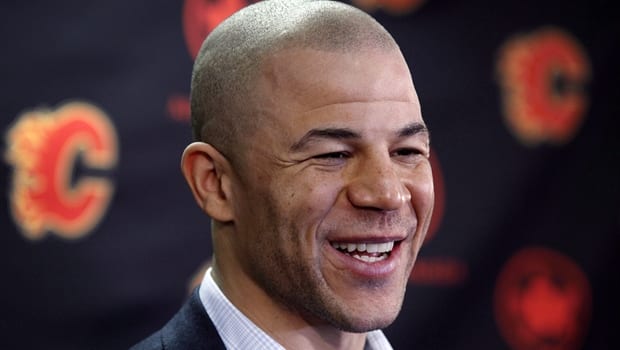 Hossa was also elected in his first year of eligibility and joins 2015 inductee Chris Pronger as the only players to go into the hall while still under contract. Like Pronger, Hossa qualified because he hasn't played in three years and retired in 2018 because of a skin disorder.

"This honour means so much to me," Hossa said. "I have learned so much about life through the game of hockey and am very appreciative of this recognition."

Drafted 21st overall by the Edmonton Oilers in 1979, Lowe played 13 seasons in the Alberta capital, winning five Stanley Cups. After being traded to the New York Rangers in 1992, Lowe played four more seasons, adding a sixth title in 1994.

St-Pierre played boys' hockey until she was 18, before joining the women's team at McGill University. She would go on to play in the CWHL and represent Canada on the international stage, helping her country capture three Olympic gold medals and five world championships. She is the eighth woman to be named to the hall, and the first female goaltender.

"What an honour," St-Pierre said. "For me, it's a huge day ... to be the eighth woman to be inducted into the Hockey Hall of Fame is very special."

WATCH | Will these players ever get the call to the Hall?: 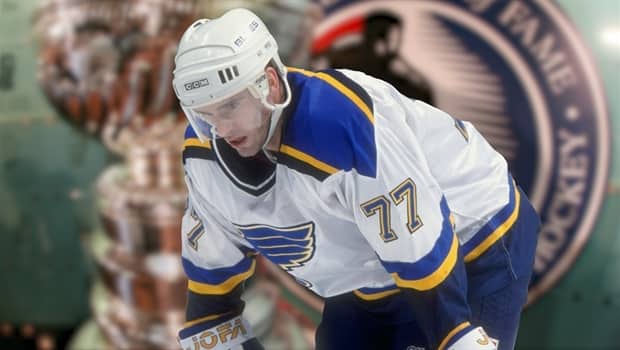 Will these players ever get the call from the Hockey Hall of Fame?

8 months ago
1:50
Every year the list of players waiting to get into the Hall gets longer and longer, so Rob Pizzo decided to divide them into three categories. 1:50

Wilson was the seventh overall selection by Chicago in 1977, and would play 14 seasons with the Blackhawks. Traded to the San Jose Sharks in 1991, he played his final two seasons on the West Coast before later moving to the team's front office, where he has served as GM since 2003. In 1,024 NHL regular-season games, Wilson recorded 237 goals and 827 points.

After his playing career, Holland served as a scout with Detroit. From there he moved up to assistant GM. Named the Red Wings' GM in 1997, he spent 22 seasons in the post, winning three Cups. During his tenure in Detroit, his team won more combined regular-season and playoff games (1,044) than any other NHL franchise.

Holland was hired as GM of the Oilers last May.

The 18-member Hall of Fame selection committee voted remotely for the first time because of travel difficulties posed by the coronavirus pandemic. Those living in the Toronto area met in a conference room to determine the inductees, who got congratulatory calls from chair of the board Lanny McDonald.

It's unclear if the hall will hold its traditional in-person induction ceremony in November. The NHL is still working on trying to resume its season after suspending play in March, with the playoffs potentially extending into October and delaying the start of next season until December or January.