Connor McDavid had three goals and three assists and Leon Draisaitl had five assists — career highs for points in a game for both players — as the Edmonton Oilers earned a 6-2 victory over the Colorado Avalanche on Thursday.

McDavid had three goals and three assists and Draisaitl had five assists — career highs for points in a game for both players — as the Edmonton Oilers earned a 6-2 victory over the Colorado Avalanche on Thursday.

Draisaitl leads the league with 41 points in 21 games, followed by McDavid with 37 points.

"You have nights where you feel good and not so good. Tonight I felt good," McDavid said of his six-point performance. "It was nice to get something early and keep it rolling.

"It's fun, it's real fun to play with Leo. We've been playing together for a long time now. So these are nights that are fun to do together."

Ryan Nugent-Hopkins had two goals and Zack Kassian also scored for the Oilers (13-6-2), who have won three of their last four games. 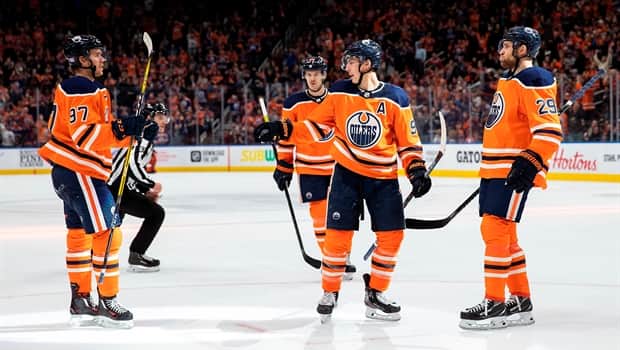 12 months ago
2:00
Connor McDavid scored a hat trick and added three assists to set a new career-high with 6 points in the Edmonton Oilers 6-2 beating of the Colorado Avalanche. 2:00

Kassian said he still marvels at what his linemates McDavid and Draisaitl are capable of.

'Spoiled to get to watch these two guys'

"I've been around them for a while now, but every day they still seem to surprise you with what they can put on the ice," he said. "It's just another day at the office for them. They're probably thinking in that second period, `Hey, let's go get eight.' Or, `I can get nine.' They're wired differently. They're the elite of the elite. Edmonton is spoiled to get to watch these two guys every night."

Andre Burakovsky scored two goals in response for the Avalanche (11-6-2), who had a three-game winning streak snapped.

"Their best players had a night tonight, and we didn't," said Colorado head coach Jared Bednar. "I just didn't think we were very good. Not tight enough with our checking, and just didn't seem to have the drive that we needed to win this one."

The Avalanche actually started the scoring just 1:20 into the first period as Burakovsky beat Oilers goalie Mike Smith with a long wrist shot for his sixth goal of the season.

Edmonton evened it up six minutes into the opening frame when McDavid dropped it back to Nugent-Hopkins and he beat Colorado goalie Adam Werner for his third goal in the last three games. Draisaitl also got an assist, extending his point streak to 11 games.

The Oilers surged ahead with two goals in 28 seconds coming 12 minutes into the first. McDavid scored his 12th goal of the season on the power play and was followed up by a goal from Kassian, who had an easy tap-in after a great feed through the crease from Draisaitl.

Edmonton made it 4-1 with four minutes left in the first as McDavid waltzed through the defence and sent a rocket past Werner for his second power-play goal of the contest. 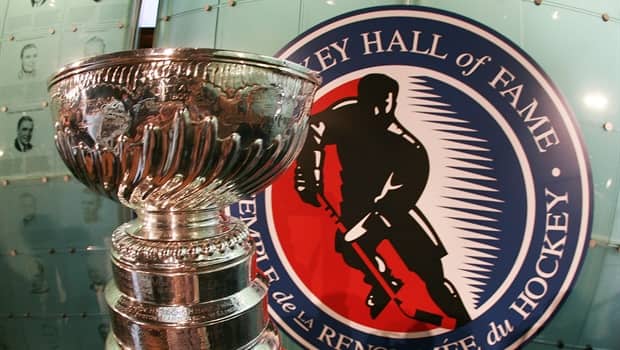 12 months ago
1:32
With induction weekend upon us, Rob Pizzo looks at who will soon have a plaque in the Hall of Fame. 1:32

McDavid picked up his second hat trick in the last three games with another power-play goal seven-and-a-half minutes into the second period, chasing Werner from the net with AHL call-up Antoine Bibeau coming in.

Colorado got one back with three-and-a-half to play in the second when Burakovsky deposited a big rebound for his second of the game.

Edmonton scored its fourth power-play goal of the night before the middle period was out as Nugent-Hopkins picked the top corner for his second of the game.

There was no scoring in the third.

Both teams return to action on Saturday as the Oilers remain home to take on the Dallas Stars and the Avs play the third game of a five-game road trip in Vancouver.