St. Louis Blues general manager Doug Armstrong was named Monday as the GM of Team Canada for next summer's World Cup of Hockey. 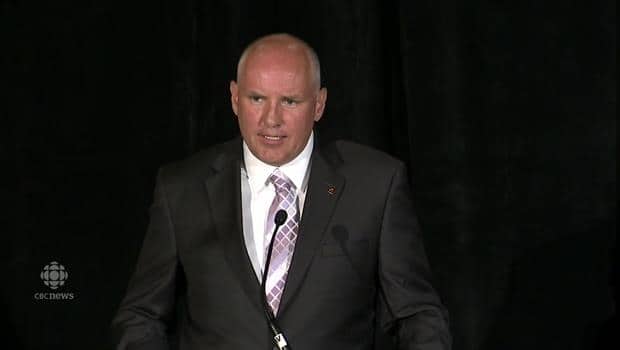 The World Cup will be a whole new experience for Hockey Canada.

Doug Armstrong was named general manager of Team Canada on Monday and he said that there's advantages and challenges to the eight-team event that will be held in Toronto Sept. 17 to Oct. 1, 2016.

"It's going to be exciting knowing that you're going to get healthy players with energy," said Armstrong, referring to the early fall start time. "At the Olympics you're crossing your fingers and hoping that last game you're not losing players. That's not going to be the case now. We're going to get well-rested players."

The event, hosted by the NHL and NHLPA, has some tweaks to its formatting. Traditional hockey powers Canada, the Czech Republic, Finland, Russia, Sweden, and the United States will have teams, but two all-star teams will also compete. An all-European lineup of players from unrepresented countries will play, as well as a team of North American players 23 years old and younger.

"I'm really excited about the format for this event," said Armstrong after a news conference in downtown Toronto. "When you go to some international events, some of the games aren't maybe as competitive as other games. At this one, certainly, all games are going to be competitive and you jump right in to having to play your way in to the playoffs. It's going to be a great challenge and we're going to have to be ready to play right off the bat."

Armstrong and Holland return from the management group that put together the undefeated, gold-medal-winning 2014 Sochi Olympic team. Blake served as Canada's GM for the 2014 world championships. Bergevin has played for Canada in international competition, but this is his first management post.

"His ability to help contribute to what a roster looks like, a winning roster looks like," said Renney. "The cohesiveness that he brings from that position through the rest of the management group. These are outstanding men, every single one of them could manage this team on their own without a doubt, the bottom line is that someone has to take the lead. We felt strongly about Doug's commitment to the program."

The rules and playing surface of the World Cup will also be different from most international hockey competitions. An NHL-sized rink of 200 feet by 85 feet will be used, unlike most Olympics and world hockey championships which use the larger international standard of 200 feet by 100 feet.

"I think that's going to benefit us because all of our players will be NHL players and they're going to understand that format," said Armstrong. "But when you look at the international players that are going to be playing here, the majority of them will have NHL experience. We're going to pick the best players that can play, but I know our guys are extremely comfortable on the playing surface."