Coach's Corner star Don Cherry made his feelings known about the Carolina Hurricanes' elaborate victory celebrations on Hockey Night In Canada on Saturday. The team responded in kind on Twitter.

Coach's Corner star Don Cherry made his feelings known about the Carolina Hurricanes' elaborate victory celebrations on Hockey Night In Canada on Saturday, calling the Hurricanes "a bunch of jerks."

The Hurricanes have adopted a few different celebrations after winning at home, including games of "Duck, Duck, Goose," and simulating a walk-off home run: 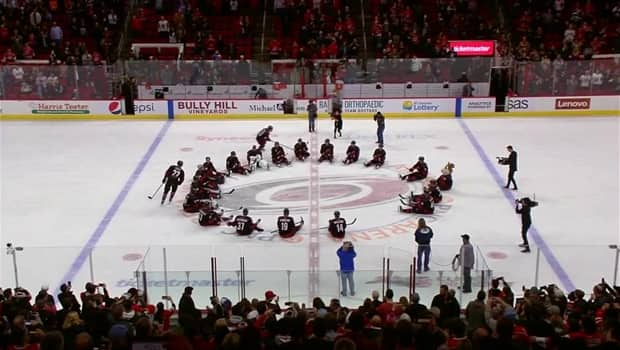 We’re a bunch of jerks and we have the shirts to prove it.<br><br>Available later this week at The Eye. <a href="https://t.co/TEefqETEau">pic.twitter.com/TEefqETEau</a> 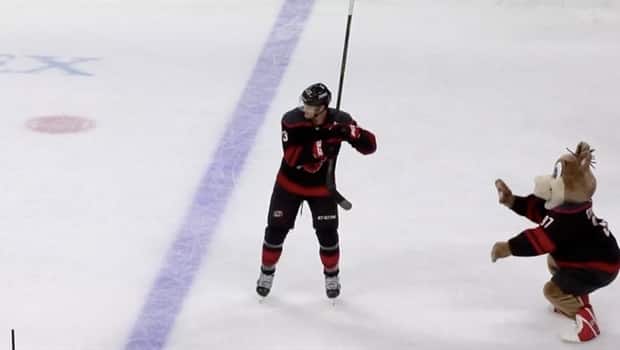 Hurricanes knock one out of the park after win over Oilers

Cherry is not a fan.

"These guys, to me, are jerks," Cherry said. "And I'll tell you one thing, they better not do this in the playoffs. This is a joke."

The NHL's 1976 Jack Adams Award winner for coach of the year also took issue with those defending the celebration.

"'Young men expressing themselves for joy of winning,'" he said. "You don't do this in professional hockey."

Apparently the word of Cherry's unhappiness with the "Storm Surge" celebrations reached whoever runs the team's Twitter account.

Young men expressing themselves for joy of winning <a href="https://t.co/3EK7hV0rmp">pic.twitter.com/3EK7hV0rmp</a>

The team's Twitter bio was also updated to reflect their new status:

It's safe to say they'll take Cherry's comments into consideration, but don't expect any changes to the tradition any time soon.

Later Sunday, the Hurricanes revealed a "bunch of jerks" t-shirt that they say will be available to fans in the near future.