Steven Stamkos ruled out for Game 4 of Stanley Cup final

In making the announcement, Cooper did not rule out his star for the remainder of the series. That would include Game 5, which is Saturday — the only back-to-back games in these finals.

Stamkos, 30, played for the first time since Feb. 25 when he suited up for Game 3 on Wednesday. Stamkos underwent surgery in March to repair a core muscle injury. He had an initial recovery timeline of six to eight weeks, but it's believed he aggravated the injury and experienced at least one setback since then while trying to join the team.

WATCH | Stamkos scores in 1st period back from injury: 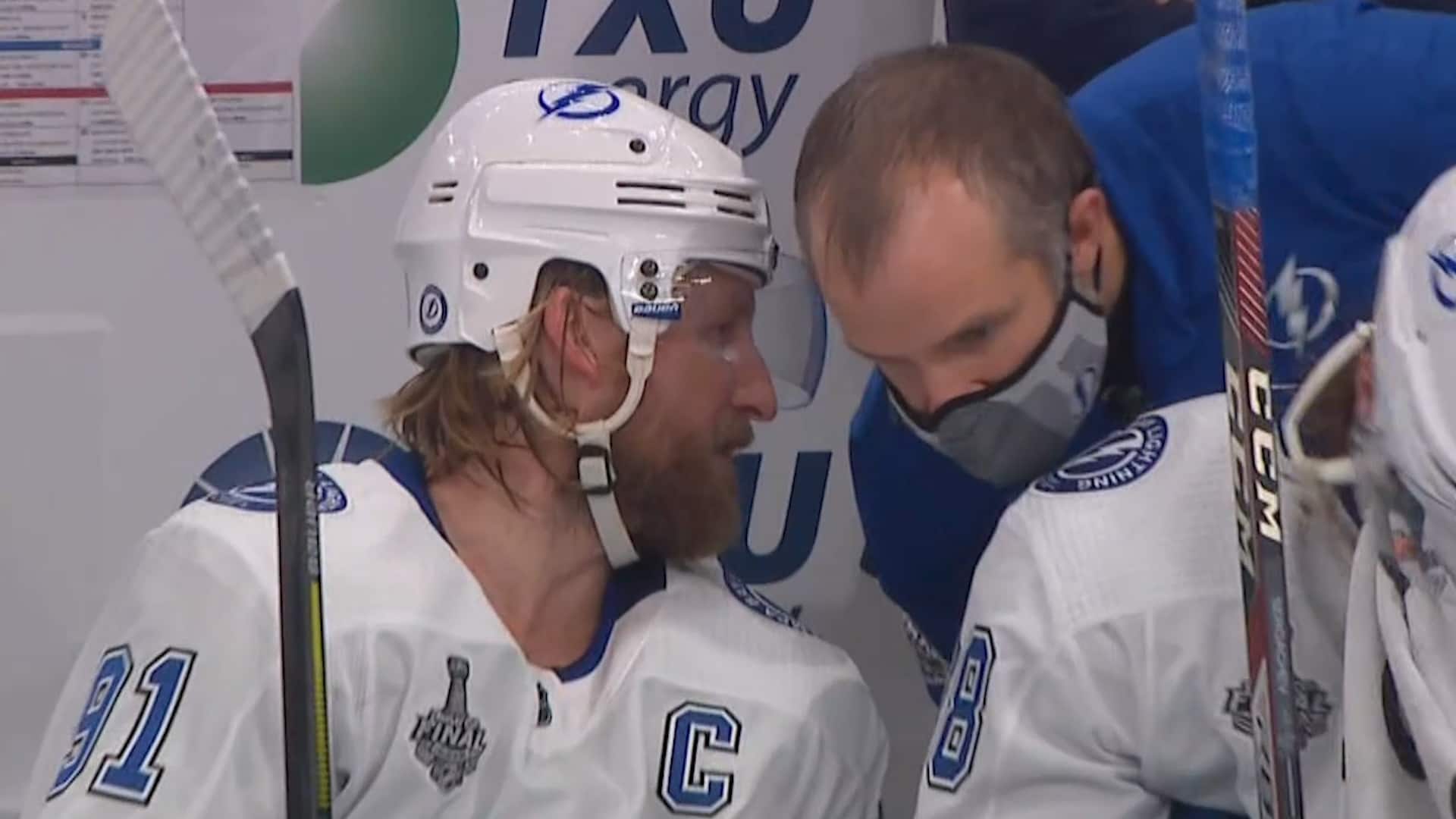 26 days ago
2:55
In his daily recap, Rob Pizzo compares Steven Stamkos comeback in Game 3 of the Stanley Cup Finals to the Karate Kid. 2:55

He scored in the first period of the Lightning's 5-2 win in Game 3 — giving Tampa Bay a 2-1 series lead — but then did not return to the bench after the first intermission. He logged 2 minutes, 47 seconds of ice time.

"Obviously, there is an issue that I've been working through. We'll see what happens from here, but I was just extremely happy to be out there with these guys and have a chance to just be on the bench and contribute to a win," Stamkos said after the game.

Despite his limited ice time, Stamkos made a big impact on his team by simply being on the ice — with the goal an added bonus.

"He only had five shifts, but probably as efficient a five shifts as you're ever going to see in a National Hockey League playoff game," Cooper said. "Here we are watching a player come back, and then do what he did on the biggest stage at the biggest time of year ... you have to marvel at it, and it was pretty damn cool."

"'Stammer's obviously he's our leader, he's our captain," Tampa Bay forward Anthony Cirelli said. "To have him with us there, you give Stammer one opportunity he's going to make it count. Just having him there with us, the emotion was high, he got that goal there for us which was a huge, huge goal and ... we fed off that."