The Ottawa Senators sent forward Curtis Lazar along with defenceman Mike Kostka to Calgary in return for a second-round pick in 2017 and defenceman Jyrki Jokippaka before Wednesday's trade deadline.

Curtis Lazar will get the fresh start he was looking for.

The Ottawa Senators sent the 22-year-old forward along with defenceman Mike Kostka to Calgary in return for a second-round pick in 2017 and defenceman Jyrki Jokippaka before Wednesday's trade deadline.

"I'm very excited to be a part of the Calgary Flames organization," Lazar said. "We're right in the thick of things when it comes to the playoffs and I'm hoping to make a lasting impact on that team."

Senators general manager Pierre Dorion felt the time was right to deal the 2013 first-round pick, who was struggling in Ottawa this season.

"We all saw that it wasn't working out with Curtis this year," Dorion said. "We just felt that (it was) giving him a fresh start, new opportunity and at the same time we were looking to improve our defensive depth and adding a high pick in this draft."

With just one assist through 33 games no one will argue Lazar has disappointed this season, but there were mitigating factors.

The winger came into training camp with mononucleosis, was then sent to Binghamton on Oct. 11 to get in game shape. He was recalled by Ottawa Nov. 19 after playing 13 games for the minor league affiliate, but never seemed to find his stride and in the past weeks had become a healthy scratch.

"If I don't have mono we're probably not standing here right now," Lazar said. "It's just how it was."

"After the deal was made I kind of looked at the situation and felt there was a realistic chance that I will be on the way out. I was fully prepared to be a warrior here and accept my role. If I was sitting out here and what not I would have done it, but I'm excited because I'm a hockey player and I like to be on the ice and not in the stands and I think I'm going to get that opportunity in Calgary.

"I know I have to deserve it as well and I have to earn it, but it's a fresh start for me and I can clear my mind mentally and get back to having fun." 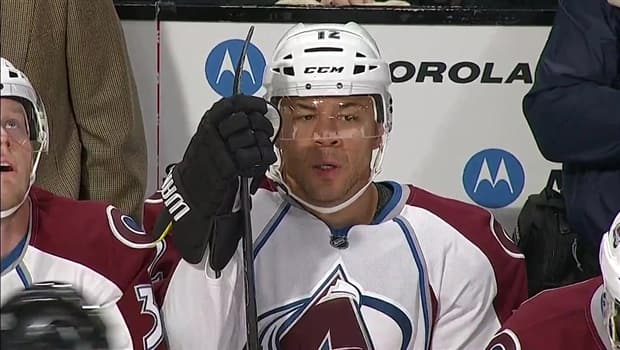 "We're not making this bet based on what he's doing today," Flames GM Brad Treliving said of Lazar. "We think there's significant upside. With the character of this kid, he's going to put the work in.

"He really fits in with our age group here. This was a long-term play for us."

The Flames are on a roll. Calgary (34-26-4) collected 21 points in a dozen games in February to put them firmly in playoff contention.

The Flames hold down the top wild-card spot in the Western Conference just two points back of Anaheim and four back of Edmonton sitting third and second respectively in the Pacific Division.

"A lot of today is about the belief we have in our group," Treliving said. "We've seen signs of this team coming together. We've got a good chemistry and mix going right now."

"I feel we're a better hockey team (Wednesday) than we were a few weeks ago," said Dorion.

Senators head coach Guy Boucher said he was excited as a "kid looking under a Christmas tree" as he watched all the new additions on the ice at Wednesday's practice.

Burrows lined up with Kyle Turris and Mike Hoffman, while Stalberg was on the fourth line with Chris Kelly and Tommy Wingels, but Boucher admitted both could be moved around for Thursday's game against the Colorado Avalanche as he was just trying to get a feel for lines at practice.

Burrows waived his no-move clause to come to the Senators after rejecting other offers as he felt Ottawa was not only a good fit for him professionally, but personally for he and his young family. Shortly after agreeing to the trade the Senators signed the 35-year-old to a two-year $5 million contract extension.

After 12 seasons with the Canucks Burrows is excited to join the Senators admitting, "it was a no brainer to come here."

"I'm going to try to play hard, play in people's face and play wherever I can in the lineup to earn my ice time," said Burrows. "I know it's not going to be given and I don't want it to be given. I want to earn the ice time and the responsibilities, but I want to win and I think this team can win in the long run, the short run and that's why it made the decision for myself pretty easy."

Burrows, who has nine goals and 11 assists this season, is known as a pest around the league and someone who can get under opponents skin, something the Senators have been lacking.

"On the ice he's a ferocious competitor and he's an absolute gentleman off ice," said Boucher. "I've had players like that before and they're gold. You don't find those guys around."

In Stalberg the Senators not only acquired depth but size and strength. The 31-year-old winger won the Stanley Cup in 2013 as a member of the Chicago Blackhawks and his playoff experience will be welcomed in a young locker room.