Calgary is the latest city to tangle with the owners of the local pro sports franchise over how much taxpayers should contribute towards a new arena — in this case, for the NHL's Flames — but it seems to have learned from the mistakes made by others.

City seems determined not to repeat others' mistakes

The city is the latest to battle with the owners of the local professional sports franchise over how much taxpayers should contribute towards a new arena — in this case, for the NHL's Flames.

The team has proposed a project that includes a downtown arena, football stadium and public field house at a cost of $890 million. It offered to contribute $200 million and proposed that a $250-million loan be repaid through a ticket surcharge. But city council believes the so-called CalgaryNext project would actually cost around $1.3 billion — and taxpayers would end up paying $1 billion of it.

On Friday, the city revealed its latest offer, proposing the direct cost of a $555-million arena be split three ways between the city, the team's ownership and arena "users." 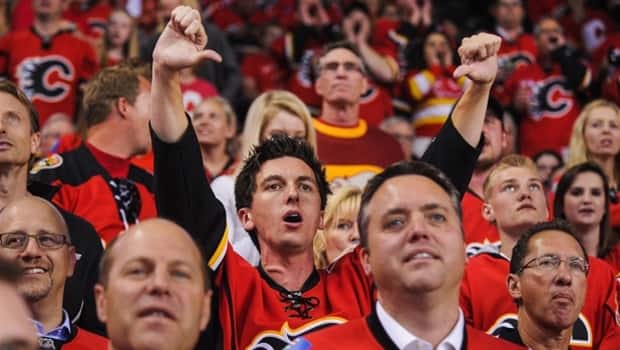 Fight over Calgary arena heats up

It's a familiar fight.

"They all follow the same script. There is an owner playbook for extracting subsidies," says Brad Humphreys, a professor of business and economics at West Virginia University.

"You first declare your arena is unplayable and immediately in need of replacing. If that doesn't get you the tax dollars you want, then you threaten to leave, usually at an opportune time — say, just a few weeks before a mayoral election. And then you have the league commissioner come in and say there are going to be consequences if there's not a new subsidy.

"Usually, at that point, the local decision-maker caves."

Calgary seems to check every box.

"We're not going to make the threat to leave. We'll just leave," Flames president of hockey operations Brian Burke told the attendees of a business luncheon in June. "We still have a building that was built in 1983, the oldest in the league by more than 10 years." (New York's Madison Square Garden actually opened 15 years earlier, though it has been extensively renovated.)

"Keep in mind, we're playing against teams in the U.S. that have their venues built for them at almost 100 per cent cost and have favourable leases," Burke added.

Negotiations between the team and the city continued through the end of July, but this week it was clear a deal wasn't imminent as the Flames said they were no longer talking to the city.

"They've been spectacularly unproductive meetings," said Flames president Ken King. "It's unfortunate because I really thought we would have something that works."

The timing of King's announcement was no accident. It came the same day NHL commissioner Gary Bettman visited the city, and just a few weeks before Calgary votes for its mayor and city councillors.

"You need to make your voice heard if you think the city is moving in the wrong direction," Bettman said. "I don't get a sense from the city that there's a commitment to, or a belief in, the importance of having the right infrastructure of having a major league sports team."

Bettman added this threat: "At some point I envision, without a new building, there will be consequences that everybody's going to have to deal with."

This is the point where the mayor and council usually acquiesce. Calgary, though, appears to be different.

No politician wants to be on watch when a city's beloved sports franchise picks up and leaves. But Calgary's city council and Mayor Naheed Nenshi, who said the city "remains at the table" in arena talks, don't seem threatened. 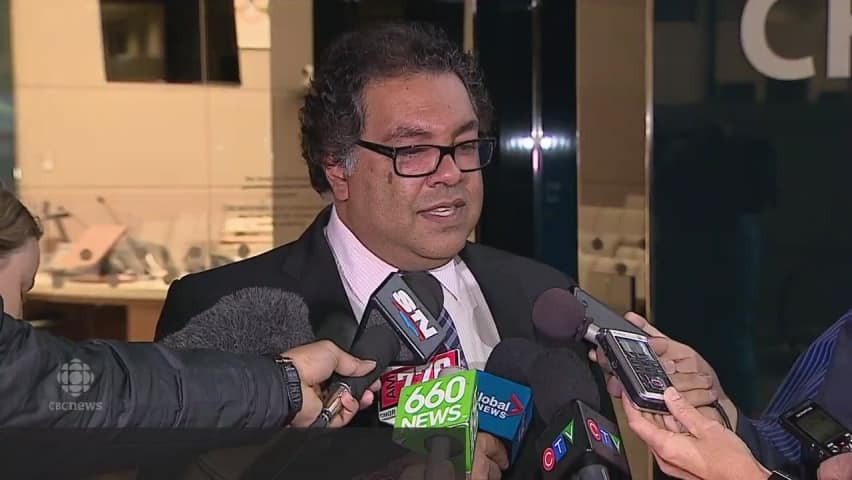 3 years agoVideo
0:37
Ken King, president of the corporation which oversees the Calgary Flames, Stampeders, Hitmen and Roughnecks, says the group is dropping its plan for a new arena. 0:37

Coun. Brian Pincott, who is not running for re-election, says the Flames have been unable to answer two fundamental questions: How would the city's investment be repaid? And what kind of use would the general public get out of the new building?

"I think people are comfortable we aren't just opening up the cheque book. Our polling tells us they don't want us to pay for a for-profit hockey team."

Research suggests that's a wise move. Municipal investments in stadium and arena projects typically don't end well, most economists agree. And yet, the North American landscape is littered with cities that are barely able to deliver basic services but, at the same time, have decided to commit hundreds of millions of dollars to building and maintaining facilities for pro sports teams.

"In certain circumstances it is possible, but economists have generally said these are not revenue producers for local governments. The best you can usually do is break even," says Matt Parlow, who has studied the issue for years and is now dean of the law school at Chapman University in California.

Despite this, cities often feel pressured to pay up, Parlow says.

"Most stadiums end up getting public financing to the tune of about 70 per cent of the cost of the building," he adds. "So that's what many cities face. If other cities are doing this, we have to do it even, if we don't think it's the best use of public dollars."

'A line in the sand'

But increasingly, cities are simply shrugging their shoulders when teams threaten to leave town.

"If you look at the NFL, there were three teams threatening to move if not for a new stadium," Parlow says. "Two have moved [the St. Louis Rams and San Diego Chargers both went to Los Angeles] and the third will be moving [the Oakland Raiders to Las Vegas]. So there is a trend emerging of some cities just drawing a line in the sand."

There are a handful of success stories when it comes to building new arenas. In Los Angles, the Staples Centre has helped revitalized the surrounding downtown area. The Flames envision a new arena in Calgary playing a similar role, but Pincott says the city doesn't need the team in order to accomplish that goal.

"In the area where the arena is being proposed, we have actually done a whole redevelopment plan and the arena has not been part of that plan," he points out. "We have a viable plan without an arena."

Clearly, Calgary feels like it has the facts and the public on its side. Nobody seems to believe the Flames would move to, say, Seattle or Quebec City.

Pincott says this is all part of the bargaining process, a scripted dance between the two sides.

"If you look at any other professional sports team that has been in this situation with a city, I think [the Flames have] followed the standard negotiating tactics."