Former NHL forward Akim Aliu expects "big change" in the league after a meeting with the league's top two executives on Tuesday.

Former NHL forward Akim Aliu expects "big change" in the league after a meeting with the league's top two executives on Tuesday.

The NHL has said it is continuing to review the matter.

Met with NHL. Hoping for big change. Thanks everyone for the support. <a href="https://twitter.com/hashtag/TimeToDream?src=hash&amp;ref_src=twsrc%5Etfw">#TimeToDream</a>

"It's been a tough week," the Nigeria-born Aliu told reporters. "We had some great discussion with Gary and Bill, who couldn't have been kinder and [more] receptive to the message we're trying to bring.

"I think there's some big change coming and it's long overdue. I'm excited to see it come to fruition."

Bettman and Daly put out a joint statement after the meeting with Aliu.

"We are pleased to have met with Akim Aliu today and had a productive and candid conversation," the statement said. "Today's discussion is part of a broader, thorough review and process that the league is undertaking. We share a mutual objective: ensuring that hockey is an open and inclusive sport at all levels." 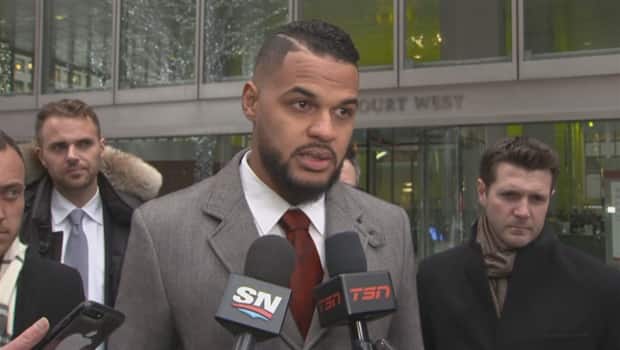 The league said it will have no further comment until after the NHL's board of governors meeting next week in Pebble Beach, Calif.

While the Flames were investigating, others claimed Peters kicked and punched players behind the bench during his recent time with the Carolina Hurricanes.

The investigation started last Monday when Aliu wrote on Twitter that Peters "dropped the N bomb several times towards me in the dressing room in my rookie year because he didn't like my choice of music."

WATCH | The National on how recent allegations spark conversation about coaching: 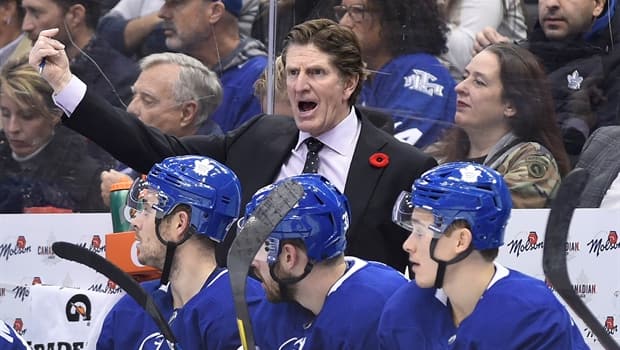 Hockey coaching practices are under the spotlight

1 year agoVideo
2:48
Recent allegations against some NHL coaches have sparked conversations about coaching culture in hockey. 2:48

The NHL Coaches' Association said in a statement Tuesday that "it is a coach's job to understand how to best motivate players while respecting them as individuals."

"Coaching philosophies differ from coach to coach, and season to season, but there are lines that cannot be crossed and there is certainly no room in the NHL, or anywhere else, for abusive behaviour of any kind," it said.