Danielle Kang tied her career low with an 8-under 63 and to protect her lead Saturday in the Diamond Resorts Tournament of Champions, but Jessica Korda owned the day by shooting 11-under 60.

Danielle Kang played great, tying her career low with an 8-under 63 and protecting her lead Saturday in the Diamond Resorts Tournament of Champions.

A sizzling 28 on the back nine — 9-under par — at Four Seasons Golf and Sports Club Orlando lifted Korda to an 11-under 60, just one shot off the LPGA Tour scoring mark.

Kang was at 21-under 192 through three bogey-free rounds. Her total tied an LPGA mark for raw score through 54 holes (shared by three others) and shattered the tournament's 54-hole record (200). She will take a two-shot lead over Korda into Sunday in what sets up as a terrific shootout for the LPGA's season opener: 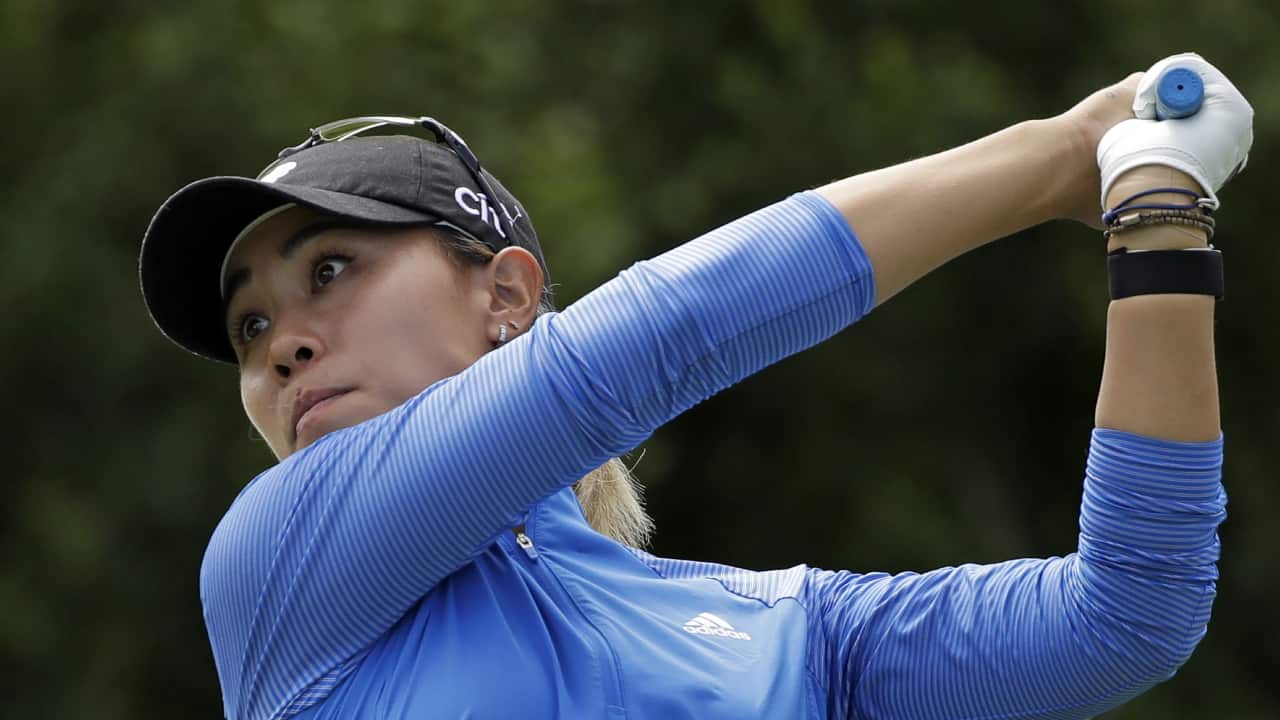 Danielle Kang leads Tournament of Champions after Round 3

1 month ago
0:33
Kang holds a two-shot lead going into Sunday and has yet to bogey a hole through three rounds. 0:33

Brooke Henderson of Smiths Falls, Ont., carded a third-round 65 and enters the final round eight shots off the pace.

Jessica Korda, 27, is the older of the LPGA's uber-talented sisters — younger sister Nelly, 22, is No. 4 in the women's world ranking, just ahead of Kang. She followed a ho-hum start with birdies on six of her first seven holes on the second nine. She then finished with a huge kick, making an eagle on the 537-yard 17th hole, which she reached in two with a 4-iron, pouring in an 18-foot, right-to-left putt.

Korda added a ninth birdie at the challenging, water-guarded par-3 18th, where she struck a soft 6-iron to 9 feet.

The slick downhill putt tumbled in on its last turn, giving Korda the tour's first 60 since Paula Creamer in the 2008 Jamie Farr Owens Corning Classic. Korda became the fifth LPGA player to ever shoot that number.

The back-nine birdies and eagles were arriving at such a pace that neither Korda nor those playing alongside could keep up with the dizzying math. The two celebrities in her group — NFL receiver Larry Fitzgerald and Fox television anchor Brett Baier —- knew something special was happening and just tried to stay out of her way.

Korda's round was just one shot off the record of 59 by Annika Sorenstam nearly 20 years ago in Phoenix. Sorenstam is at Diamond Resorts this week competing in the 53-player celebrity division.

"I didn't process what exactly was happening until I made that putt on 17," Korda said. "I was like, `Oh, OK. That's nice.' Days like today don't come often, so you really cherish them when they do. Everything has to come together to have a day like today."

Fitzgerald, who said he watches the LPGA more than he does the PGA Tour, said of Korda, "It was mastery at its finest. She had complete command of her ball today."

On a day conducive to low scoring —- overcast, light wind, and late morning rain that softened greens —- Kang, a five-time LPGA champion, made eight birdies against no bogeys and tied her career low. Her streak without a bogey was stretched to 70 holes, dating to the final round of the CME Group Tour Championship in December.

The eight birdies were nice, but Kang took particular pride in a hard-fought par at the 17th that kept her card clean. She chunked her 5-wood second shot into a pond fronting the green, took a penalty drop, hit wedge to 11 feet and made the par-saving putt. When it fell, she gave a belt-high, intense fist pump. She then birdied the last hole from 4 feet to push her lead to two shots.

Jessica and Nelly are best friends, and they downplay that any rivalry exists, but both are highly competitive. Kang is the player to beat, sure, but finally, the Kordas will play with something big on the line.

With a wry smile, Jessica Korda said, "You guys finally get your wish."