Patrick Cantlay picked up enough birdies on the back nine to catch up to Martin Laird, and they each had a 6-under 65 to share the lead going into the final round of the Shriners Hospitals for Children Open.

Canadians Adam Hadwin, Michael Gligic sit 4 and 5 shots back of the leaders

Patrick Cantlay picked up enough birdies on the back nine to catch up to Martin Laird, and they each had a 6-under 65 to share the lead going into the final round of the Shriners Hospitals for Children Open.

It was another day of low scoring for just about everyone but U.S. Open champion Bryson DeChambeau. He had a pair of double bogeys through six holes and went from one shot behind to at barely inside the top 40.

DeChambeau was 5 over through a five-hole stretch on the front nine. On the TPC Summerlin, that feels much more over par. "About 12," he said.

He rallied for an even-par 71, but that left him seven shots behind with 30 players ahead of him.

That starts with a pair of past champions. 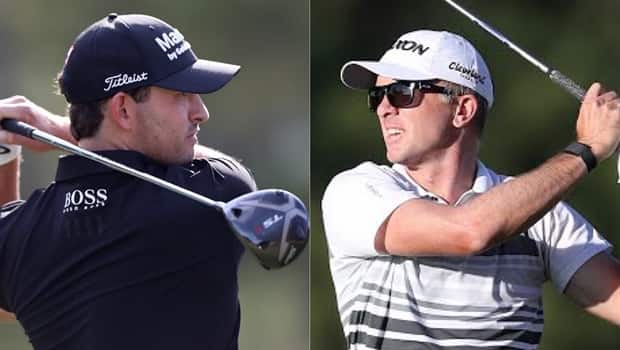 2 months agoVideo
0:36
Martin Laird of Scotland and American Patrick Cantlay both shot 6-under 65 in the 3rd round of the Shriners Hospitals for Children Open, they're tied for the lead at -20. 0:36

Laird, the 37-year-old Scot who learned to play the ball in the air while at Colorado State, won in Las Vegas in 2009 for the first of his three PGA Tour victories. He also lost in a playoff the following year won by Jonathan Byrd with a hole-in-one.

Cantlay's success is more pronounced and more recent. He also won his first PGA Tour title at this event in 2017, and followed with runner-up finishes to DeChambeau and Kevin Na each of the last two years.

Cantlay and Laird were at 20-under 193, though this should be far from a two-man race.

Wolff on the prowl

Matthew Wolff got it started early. After making the cut with one shot to spare, Wolff had three eagles in a five-hole stretch and had to settle for pars on his final two holes for a 61.

Making three eagles at Summerlin is not unusual with a few short par 4s and all the par 5s easily reachable. Wolff, however, holed out on No. 11 from 116 yards. He drove the green on the 301-yard 15th hole to 15 feet and holed an 18-foot eagle putt on the par-5 13th.

He never really considered 59 because he was only 2 under on the front. He played the back in 8-under 28.

"If you only shoot 2 under on the front you feel like you never have a chance to shoot 59," he said.

Wolff posted his 18-under 195 right as the last group was starting the third round, and it held until Laird was the first to get to 19 under with a birdie on the 13th.

Na had a 64 and was three shots behind along with Will Zalatoris, who has a chance to earn special temporary membership with a strong finish Sunday. He already is leading the Korn Ferry Tour points list.

Adam Hadwin carded a 62 for the second-lowest round of the day. The Abbotsford, B.C. native shot a bogey-free round, complete with seven birdies and an eagle on the par-five 16th hole. That had Hadwin four shots back of the leaders.

WATCH | Hadwin and Gligic in the hunt in Las Vegas: 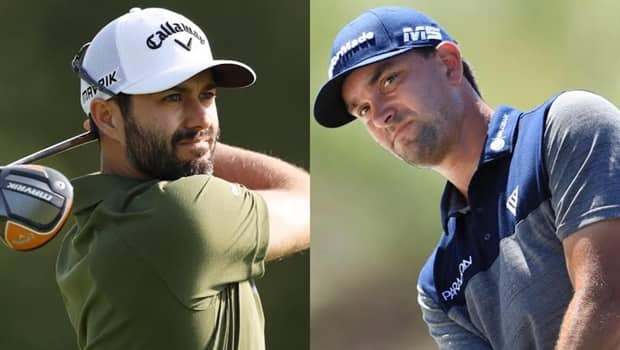 Canada's Hadwin, Gligic in the hunt at Shriners

2 months agoVideo
0:54
Adam Hadwin of Abbotsford, B.C., is tied for 9th place and trails the co-leaders by 4 shots heading into Sunday's final round of the Shriners Hospitals for Children Open. Burlington, Ontario's Michael Gligic is also in the mix as he's 5 stroke back of the co-leaders. 0:54

Laird holed a 50-foot eagle putt on No. 9 as the made the turn. Otherwise, his round did not appear to be anything special. That goes for Cantlay, too, as he birdied the first and ninth hole and made pars in between.

They were going nowhere, yet both have been around this course enough to go they had plenty of chances ahead of them, with a pair of par 5s and a reachable par 4.

Cantlay picked up birdies on all three of them, along with a bonus on the 10th. He pulled his tee shot so far to the left that he hit a provisional in case it was out of play. He found it, he could play it, and with no trees in his way from about 100 yards, he hit wedge to 4 feet for birdie that started his back nine on a strong note.

DeChambeau, playing for the last time before the Masters on Nov. 12-15, did too much damage early on to recover. A wild tee shot on No. 2 led to double bogey, and while he missed the fairway badly on No. 6, what led to the double bogey was a three-putt from 12 feet.

Four straight birdies on No. 8 steadied him — he nearly drove the 419-yard 10th — but not enough. He failed to convert on the short par-4 15th and dropped another shot coming in.

"Didn't really hit bad shots, just didn't go where I wanted to," DeChambeau said. "Went into some really bad places and unfortunately didn't save par from them. Just stuff didn't go my way today, and it's OK. Not a big deal."