'The coolest experience I've had on the course,' says pro partner Troy Merritt

Born without a right hand, Hurtubise aced the 151-yard par-3 fourth hole at PGA West's Stadium Course in the first round Thursday. The ball landed near the front of the green and rolled in. 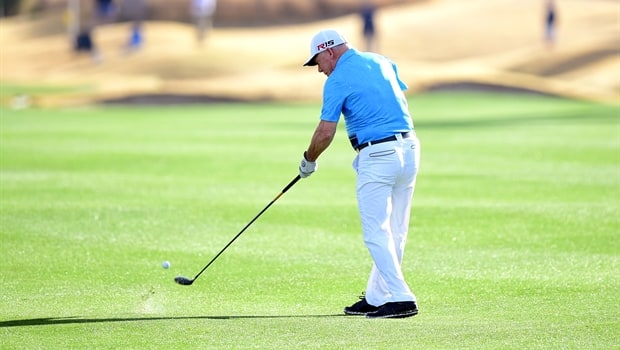 Hurtubise, of Quebec, was paired with professional Troy Merritt.

"The coolest experience I've had on the course," Merritt told PGA Tour.com.

Fellow tour player Greg Chalmers also was in the foursome.

"He hit the shot and it was a nice little cut for a lefty," Chalmers said. "Right away we sort of said, 'Sit down,' But it was one of those shots where you always thought, 'Hang on. This could go in."'

Hurtubise says sports were his way of fitting in as a kid.

"As a kid, sports was a way for me to prove that even though I had a difference that I could perform as well as normal people... as they call them," Hurtubise told the Desert Sun.

"People have differences and handicaps and whatever, but it was my way to prove that I could be as good as everybody else."