Corey Conners of Listowel, Ont., shot the lowest round by a Canadian at the Masters, seven-under 65 in Round 2 on Saturday. The previous best was 68, shared by five golfers. He shot 71 later in the day to sit at 6-under entering Sunday's final round.

28-year-old at 6-under, 10 shots back of leader Dustin Johnson entering final round

Corey Conners of Listowel, Ont., shot the lowest round by a Canadian at the Masters, a seven-under 65 in Round 2 on Saturday at Augusta National.

The lowest previous round was 68, according to Augusta National officials, shared by Mike Weir, Stephen Ames, Dave Barr, Al Balding and Stan Leonard.

Conners' round, the lowest by anyone at this week's tourney at the time, moved the 28-year-old into a tie for 17th place at 5-under.

Conners went 1-under 35 on his first nine holes of Round 3 later in the day and was at minus-6. He ended play Saturday with that score, tied for 15th and 10 shots back of leader Dustin Johnson, who also shot 65 on Saturday in Round 3. 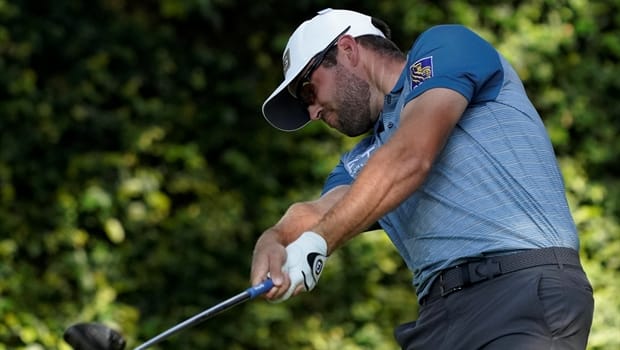 2 months agoVideo
2:51
Corey Conners of Listowel, Ont., shot the lowest round by a Canadian at The Masters, while fellow countrymen Mike Weir and Nick Taylor also made the cut. 2:51

Adam Hadwin, also from Abbotsford, was 1-over through two rounds and missed the cut. 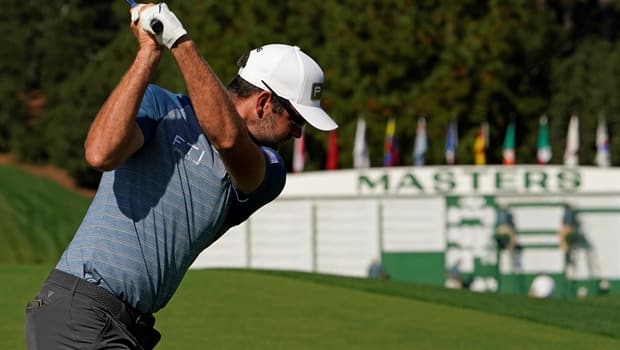 Corey Conners leads all Canadians after 3 rounds at Masters

The top 50 plus ties were to make the cut this year, when the rule was eliminated that allowed anyone within 10 strokes of the lead to play the weekend.

After struggling just to make the cut at the Masters, Bryson DeChambeau said he wasn't feeling well and even got tested for COVID-19 again to ensure it wasn't anything serious.

DeChambeau, who was the betting favourite to win the Masters after a dominating triumph at the U.S. Open, closed out his second round Saturday morning with a 2-over 74. In Round 3, he carded a 3-under 69 and is tied for 29th at minus-3 for the tourney.

"Not good, to say the least," DeChambeau said before heading out for the third round. "As I kept going through the round, I started getting a little dizzy. I don't know what was going on, a little something weird."

DeChambeau played 12 holes in the second round Friday before play was halted by darkness. He then got tested to make sure he didn't have the illness caused by the coronavirus.

"I had to do the right thing and make sure there was nothing more serious than that," he said. "I don't know what it is or what happened, but these past couple days, I've felt really, really odd and just not 100 per cent."

Singh sick, pulls out of tourney

Fiji's Vijay Singh has withdrawn from the Masters due to illness, organizers said on Saturday.

The three-time major winner, who shot a first-round 75, was eight-over par 10 holes through his second round before pulling out.

"Due to illness, Vijay Singh has officially withdrawn from Masters Tournament competition after completion of 10 holes in his second round," organizers said in a statement on Twitter.

With files from Reuters & Associated Press