Matt Krason scored two touchdowns as the McMaster Marauders upset Western 29-15 on Saturday to win the Yates Cup and hand the Mustangs their first loss since the 2018 Vanier Cup championship.

Matt Krason scored two touchdowns as the McMaster Marauders upset Western 29-15 on Saturday to win the Yates Cup and hand the Mustangs their first loss since the 2018 Vanier Cup championship.

Western, the top-seeded team that had gone 8-0 through the Ontario University Athletics regular season, led 10-0 after one quarter before McMaster stormed back.

Krason's first TD came as part of a 22-point second quarter for McMaster, cutting its deficit to 10-7. His second put the Marauders ahead 29-13 early in the fourth quarter.

Saturday's win was McMaster's eighth at the Yates Cup but first since 2014. 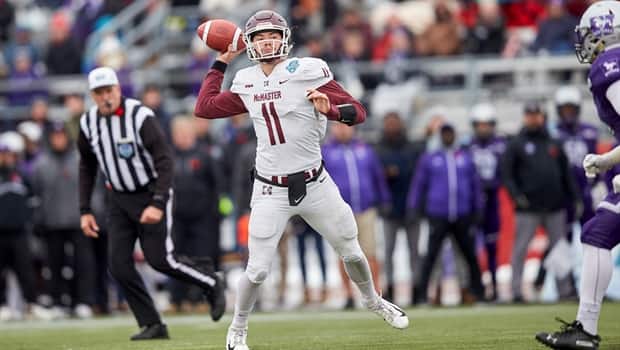 McMaster will play the Calgary Dinos in the Mitchell Bowl next week, with a chance to move on to the national championship.

The Marauders has not played in a Vanier Cup since 2014, when they lost to the Montreal Carabins.

McMaster has competed in four Vanier Cups in school history, winning once.

Robinson Rodrigues had 92 yards on the ground, and Josiah Joseph had two rushing touchdowns as the Dinos downed Saskatchewan to claim the Hardy Cup. 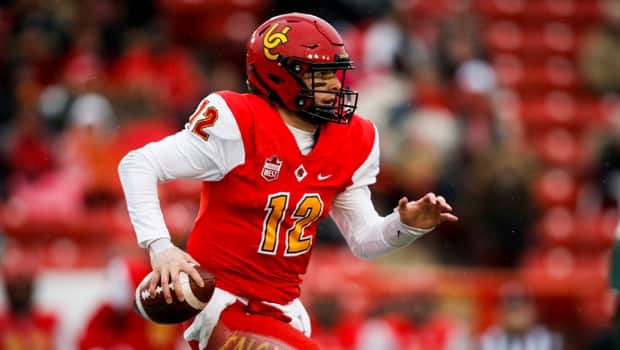 The Huskies, who got their points on a single and a field goal from David Solie, kept it close until halftime, but Calgary came out in the second half and outscored Saskatchewan 25-3.

The Dinos will face the McMaster Marauders next week in the Mitchell Bowl.

Fred Paquette threw for 203 yards and two touchdowns as Montreal toppled the Rouge et Or for the Dunsmore Cup. 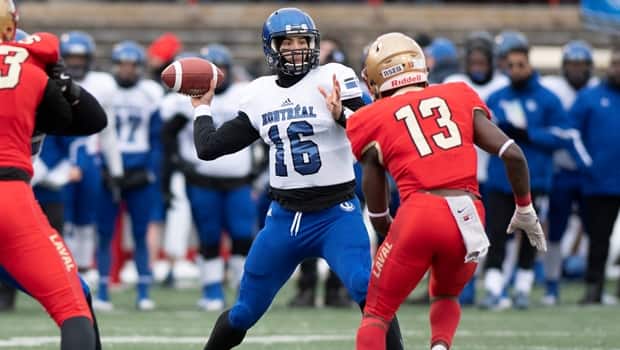 The Carabins' offence came on the ground, with 162 total yards rushing, while Marc Dequoy ran back an interception 85 yards for a touchdown.

Montreal will play the Acadia Axemen next week in the Uteck Bowl.

Dale Wright had three rushing touchdowns to lead Acadia over Bishop's in the Loney Bowl.

Wright rushed for 118 yards on 21 carries while Axemen quarterback Hunter Guenard completed 18-of-33 pass attempts for 269 yards, zero touchdowns and one interception.

Acadia will face the Montreal Carabins in next week's Uteck Bowl.