JuJu Smith-Schuster can see Canadian rookie receiver Chase Claypool having a big year with the Pittsburgh Steelers. Pittsburgh selected the six-foot-four, 238-pound Claypool, a native of Abbotsford, B.C. in the second round, No. 49 overall, in this year's NFL draft.

22-year-old from Abbotsford, B.C., was selected No. 49 overall by Pittsburgh in spring

Pittsburgh selected the six-foot-four, 238-pound Claypool, a native of Abbotsford, B.C. in the second round, No. 49 overall, in this year's NFL draft. Smith-Schuster, entering his fourth year with Pittsburgh as a receiver, said it hasn't taken the former Notre Dame star long to fit into the Steelers' offensive scheme.

"He's more of a deep threat, a guy who can go down the field, run, and catch the deep balls," Smith-Schuster said recently during a videoconference. "That's something we've been using him as.

"He's going to fit perfectly into our offensive scheme."

Claypool was Notre Dame's leading receiver in 2019 with 66 catches for 1,037 yards and 13 TDs. He registered 150 career receptions for 2,159 yards and 19 touchdowns but really raised eyebrows at the NFL combine when he posted a 40-yard dash time of 4.42 seconds. 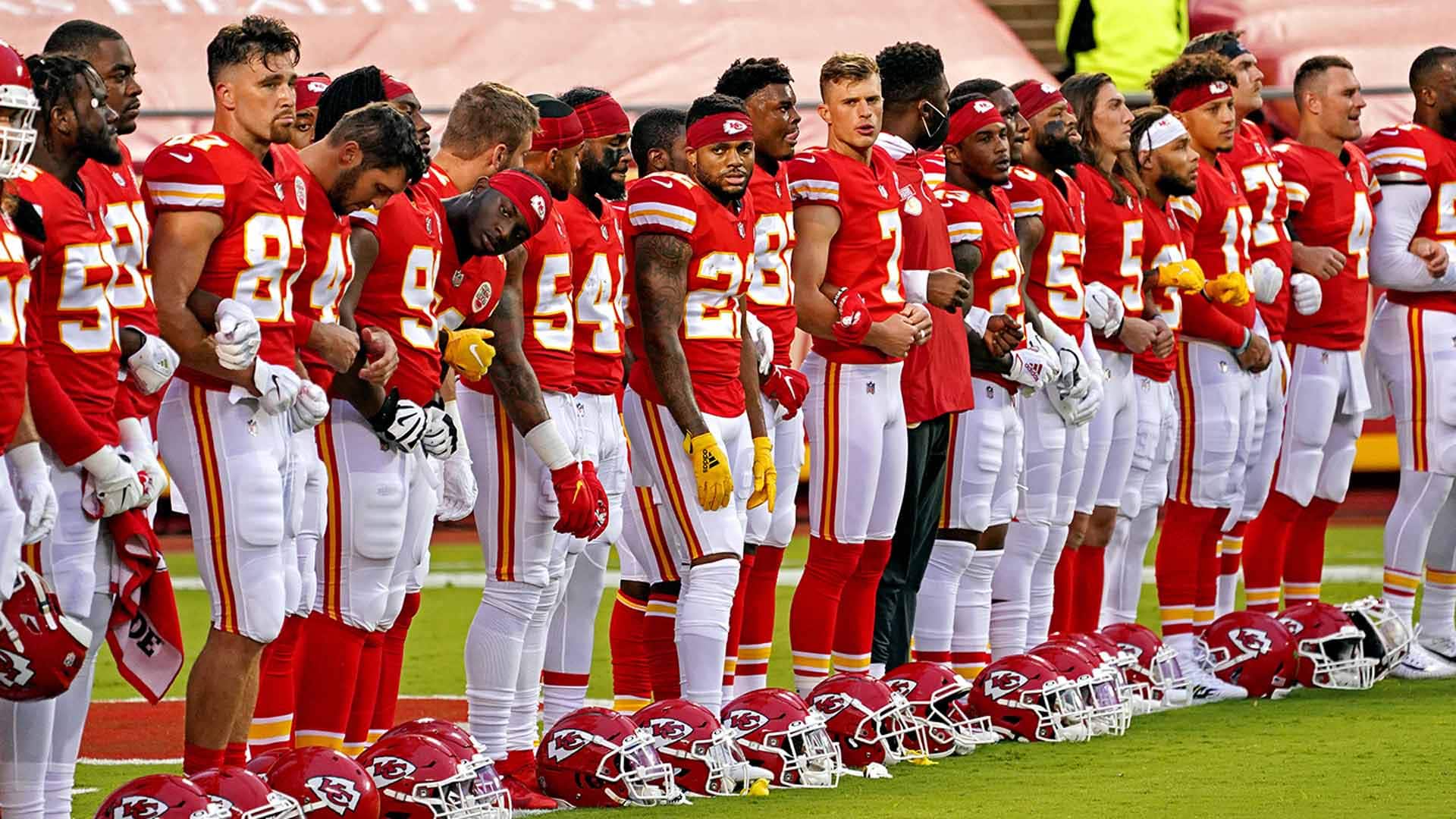 NFL kicks off season with new focus on racial injustice

1 month ago
2:04
The NFL kicked off its season against the backdrop of the COVID-19 pandemic and the Black Lives Matter movement with the league making unprecedented efforts to address racial injustice while players push for social change. 2:04

Claypool joined former Detroit Lions star Calvin Johnson as the only receivers measuring six foot four and 235 pounds or bigger to run under 4.45 seconds at the combine.

Once the Steelers opened training camp, Claypool showed he can do more than just catch the football.

"One thing I didn't know . . . apparently he was an all special-teams player his sophomore year at Notre Dame," said Smith-Schuster, who's also serving as a spokesman this year for DAZN, promoting its coverage of NFL games in Canada. "That's something he brings to the table playing for us and it's really awesome to see him ball out on offence and special teams.

"He's a great kid, he's awesome. He's a kid who's willing to learn, to be coached and he goes out there and does what he's supposed to do. He does a lot for our team."

The biggest difference this season for Pittsburgh is the return of a healthy Ben Roethlisberger. The 38-year-old quarterback missed most of last season with an elbow injury and the Steelers (8-8) failed to make the NFL playoffs.

Pittsburgh was last overall in red-zone TD production (35 per cent) last year and the lone NFL team not to score 30 or more points in a game.

"Man, Ben is probably the best quarterback I've ever played with," Smith-Schuster said. "He's a pro, he's a Hall of Fame quarterback.

"He makes our job easier, not just for the offensive side but the defence and everybody else."

The 2020 NFL season kicked off Thursday night with the reigning Super Bowl-champion Kansas City Chiefs defeating the Houston Texans 34-20. Pittsburgh opens its campaign Monday night on the road versus the New York Giants.

The NFL will be one of the few football outlets for Canadian fans as the COVID-19 pandemic has forced both U Sports and the CFL to cancel their 2020 seasons. But some teams south of the border will have to deal with no fans in the stands, something Smith-Schuster said could impact the Steelers, who have a strong following.

"It's going to be very different," he said. "Our fanbase is so huge that when we travel to play the [L.A.] Chargers, 90 per cent of the fans are Steelers fans and it's like a home game for us and we have an advantage.

"This year, though, it's basically going to be even for most every team. It's definitely going to be weird because there's no momentum change with the crowd noise and the excitement. But at the end of the day we're going to go out and play football."

Smith-Schuster said the absence of fans — or drastic reductions in the numbers allowed into some stadiums — will provide benefits for those tuning in.

"For sure, you're going to hear a lot of players talking trash, their real true colours [will show]," he said with a chuckle. "But you may also hear a lot of coaching going on and individual teamwork and all that stuff."

Smith-Schuster is confident the NFL has implemented sufficient measures to keep players, coaches and support staffs safe in 2020.

"We get tested every day and it's very, very professional," he said. "They [NFL] are just doing it the right way.

"I feel 100 per cent, there's nothing holding me back. I just can't wait to start playing."

This year, AFC teams won't have to deal with Tom Brady leading the New England Patriots towards yet another Super Bowl. The veteran quarterback is now in the NFC with the Tampa Bay Buccaneers.

Smith-Schuster sees both Kansas City and the Baltimore Ravens (who posted an AFC-leading 14-2 record last year) being strong within the conference again in 2020. But he cautions people against looking past Pittsburgh.

"We're on the rise, man," he said. "We're just staying humble, staying low and when it's our time to make moves we will."