Don Matthews, one of the CFL's most prolific coaches and known simply as "The Don," has died. The larger-than-life character with 231 wins and 10 Grey Cups on his resume was 77.

Abrasive, no-nonsense bench boss dies after being diagnosed with cancer in 2012

They called him "The Don," and with good reason.

A larger-than-life character with a sharp wit who thrived in the spotlight, Don Matthews took wicked pleasure in keeping people around him on edge with his abrasive, no-nonsense style.

The Hall of Famer, who died Wednesday at the age of 77, was one of the most prolific coaches in CFL history with 231 wins and 10 Grey Cup titles on his resume, including five won as a head coach.

But he was also a controversial figure who had a high-risk, high-reward philosophy.

Players traditionally loved suiting up for him because of his reputation for creating a winning atmosphere and protecting his athletes. During the regular season, Matthews' teams rarely hit during practice and he routinely allowed his players to participate in creating the weekly game plan.

Yet he maintained his distance. While known for being a "player's coach," he could also be ruthless when it came to making tough personnel decisions and wasn't afraid to bench a veteran or cut him outright if he wasn't producing.

"It's that balance and to do that you must be brilliant," said running back/slotback Mike (Pinball) Clemons, who won two Grey Cups over three seasons playing for Matthews in Toronto. "Some people try to be a player's coach but they let it go too far and the players run the roost.

"He was a player's coach but he was also the boss and everybody knew that."

Matthews was also brutally honest, a trait reporters covering his teams knew well as he would call them out publicly for asking what he deemed to be an inappropriate question.

But even the press corps respected him, voting Matthews the CFL's coach of the year five times.

The Argonauts said Matthews died Wednesday morning of pneumonia in Beaverton, Ore. He had announced in 2012 he was battling cancer. 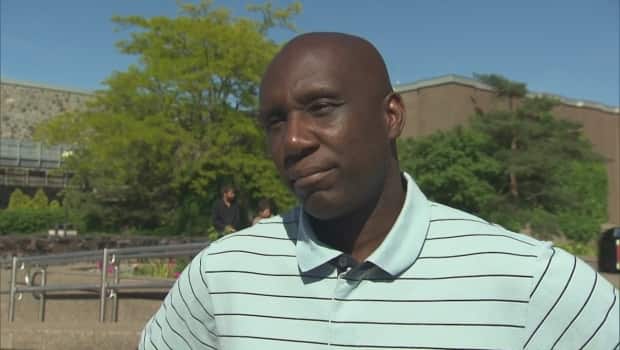 In a statement, the CFL called Matthews "one of a kind."

"Upon hearing of the passing of Don Matthews, the Canadian Football League family is both deeply saddened by this loss and grateful for his many contributions to our league," the statement said.

Charismatic and brash with a sandpaper personality, Matthews was also a CFL winner from the beginning.

A former Marine from Amesbury, Mass., who eventually became a Canadian citizen, Matthews began his CFL coaching career as an assistant with the Edmonton Eskimos in 1977 before being promoted to defensive co-ordinator the following season. He helped the club win five straight Grey Cup titles from 1978 to '82 before being named the B.C. Lions head coach in 1983.

Matthews spent 22 seasons as a CFL head coach with B.C., Baltimore, Saskatchewan, Edmonton, Toronto and Montreal, reaching the Grey Cup nine times and winning a record five championships. He was inducted into the Canadian Football Hall of Fame in 2011.

"He was magical in his approach, he was infectious. But uniquely, he had a way of bringing out the best in people, he put you in the best position to be successful."

And that included Clemons, who said Matthews allowed him to be a full-time running back for the first time in his career in 1996. But Matthews bucked conventional football wisdom as Clemons had more receiving yards (1,268) than rushing (286).

"He changed his philosophy, he changed the game to accommodate my skillset in a time where that really didn't happen," Clemons said.

Matthews' influence on Clemons continued when he served as Argos head coach from 2000 to 2007.

"I think I was true enough to who I was, I didn't try to be him because you couldn't," Clemons said. "There was only one Don Matthews.

"While I didn't try to be him, much of who he is became who I was because of his influence."

It was Matthews who gave Argos GM Jim Popp his first CFL job. Matthews was the head coach in Saskatchewan in '92 when he hired Popp to be the club's receivers coach and player-personnel director.

"I drove 12 hours a day for three straight days to get to Regina from North Carolina," Popp said. "I'd got my hair cut and I was wearing a suit when I arrived and Don, who was wearing jeans, said, 'Shoot, you're way too dressed up for me.'

Popp and Matthews also worked together in Baltimore (1994-95) before Popp moved with the Stallions to Montreal while Matthews headed to Toronto. Popp hired Matthews as the Alouettes head coach in 2002 and over five seasons the franchise posted a 58-28 regular-season record and played in three Grey Cups, winning once.

"Don was a brilliant man who studied world leaders and how to lead people," Popp said. "He also wanted to look after people, which is why he'd get into it with the media because he was deflecting stuff from the players so they could just concentrate on the game.

"He was an innovator, he was always thinking ahead, he was always looking for an edge. You had to earn his respect but if you did and got into his inner circle you could still battle with him and five minues later everything was back to normal."

Most of all, Popp said Matthews was very loyal.

"He trusted me and I trusted him," Popp said. "He told my dad, 'I will always take care of your son.'

More often, the public's view of Matthews was as a free-spirited straight shooter who was never lacking in self confidence. He was passionate about riding big motorcycles and launched a CD and video of the rallying chant "What Time is It?" based on a speech he gave during the Montreal Alouettes' 2002 Grey Cup victory parade.

But there were physical signs late in his career that time had caught up with Matthews. His face had become rounder and often appeared more flush. He was known to use a golf cart to get around during Alouettes practice, rather than walk.

Matthews was also a controversial figure. In 2004 while he coached in Montreal, the Alouettes were twice accused of videotaping opposing coaches signals on the sidelines.

Prior to the '04 East Division final versus Toronto, he downplayed his reputation, saying "I have a passion for milk and cookies. I have a way more boring life than some of you might think."

But Matthews was anything but boring.

'A man of all seasons'

He was a master at moulding players to suit his systems. Routinely his defences were ranked at or near the top of most CFL categories, yet his players were well down in the individual statistical races.

Matthews was never afraid to put it on the line in a big game and in 2003, he rode an attacking, blitzing Alouettes defence into the Grey Cup despite having rookies D.J. Johnson and Brandon Williams at cornerback.

Though he rarely showed it publicly, Matthews also had a softer side.

When he was Argos head coach, he attended a book launch for Clemons. Matthews was holding Clemons' baby daughter, Raven, during the news conference when she began to squirm. To calm the little girl, Matthews removed one of her shoes and gently rubbed the bottom of her foot, settling her down immediately.

"That's really what I think was unique about him, he was a man of all seasons," Clemons said. "Most of the time people don't do it and you discourage leaders to do that mostly because they can't.

"The key thing here was he could and he did. He had this wonderful personal touch and he changed lives."

Matthews is survied by his wife, Stephanie, and four sons.