Hey Karen, what about some free tickets, groceries and Air Miles?

Winnipeg Blue Bombers fan Karen Kuldys thought she had won a million dollars, until a penalty took it all away. It turns out that she won't be going away empty-handed.

'It's awesome, but still it's not a million dollars'

It's not a million bucks, but a Winnipeg woman isn't going home empty-handed after missing out on a CFL contest's grand prize because of a referee's call.

Karen Kuldys was in line to win $1 million when the Toronto Argonauts' Martese Jackson ran back a kickoff for a touchdown against the Blue Bombers in the second quarter on Thursday night in Winnipeg.

"It's been a roller-coaster all day. I'm totally exhausted, I don't even think I slept," Kuldys told CBC News Network on Friday.

It was all part of the Safeway/Sobeys $1,000,000 Touchdown To Win contest  — if any two kickoffs are returned for touchdowns in a CFL game, a lucky fan would win the money.

But a penalty negated Jackson's touchdown and the grand prize suddenly went up in smoke. 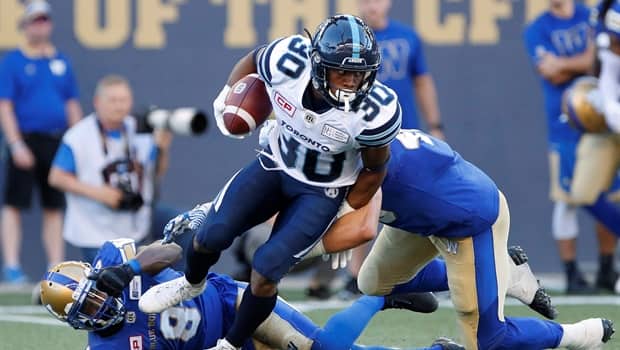 CFL fans were quick to sympathize with Kuldys and the hashtag #WhatAboutKaren was trending on Twitter.

Kuldys was appreciative of Canada's support, thanking them for rallying behind her. 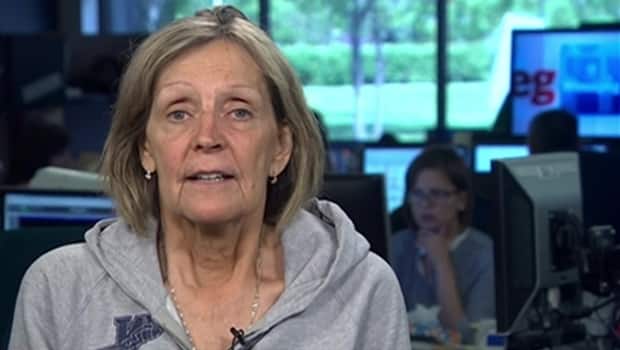 What about Karen's Grey Cup trip?

4 years ago
6:39
Karen Kuldys may have missed out on a $1 million prize, but she will get Grey Cup tickets in Ottawa, season tickets in Winnipeg, free groceries for a year and 500,000 Air Miles 6:39

So on Friday, both the league and the company moved to make amends, with an offer of Grey Cup and Bombers season tickets through the 2018 season and free groceries for a year. Air Miles Canada, through which Kuldys was entered in the contest, chipped in with 500,000 free miles.

The Air Miles donation did feel like a nice added bonus to Kuldys.

Randy Ambrosie, the CFL's new commissioner, personally reached out to Kuldys with the league's offer.

"We're all fans and whatever team you root for, we would all love to see a CFL fan win a million dollars," Ambrosie said in a statement. "So we all feel for Karen and what she must have gone through last night, and what she must still be feeling today ... On behalf of the CFL, I invited her and her family to come to the Grey Cup this year as our guests.

'Can't compare to one million dollars'

"We all know these things can't compare to a million dollars, but we wanted to do something to let her and her family know that we all wished she could have won [Friday]," Ambrosie said.

Kuldys, told CBC Sports' Devin Heroux that her "heart just sank" Thursday when she heard the news about missing the prize and that it would be "hard to go back to work" the next day.

For the record, Karen Kuldys works at A&amp;W in Winnipeg and was at work first thing this morning. $1 million would have changed that.

Karen did win a $25,000 home theatre package after the first kickoff was returned with the Sobeys promotion.

"While we can't reverse the referee's on-field call, we delighted to be able to offer Karen a year's worth of free groceries in addition to the great football offers made by the CFL and the Blue Bombers," Lyne Castonguay, executive vice-president of Sobeys, said in a statement.

Many fans blamed the referee for making a bad call, but Ambrosie defended his officials.

"It was a very tough call made by our official last night, one that could have gone either way," Ambrosie said. "There are tough calls made all the time in our game because these are world class athletes, moving at tremendous speeds, and we ask our officials to make difficult judgment calls in the blink of an eye, and we have to respect their decisions."