From the teams that brought us the Fog Bowl in 1962 and the Wind Bowl in 1965, the Winnipeg Blue Bombers and Hamilton Tiger-Cats are now preparing for what many are calling the Drought Bowl.

From the teams that brought us the Fog Bowl in 1962 and the Wind Bowl in 1965, the Winnipeg Blue Bombers and Hamilton Tiger-Cats are now preparing for what many are calling the Drought Bowl.

On Sunday in Calgary these two storied franchises will look to end Grey Cup droughts that have lasted for decades – Winnipeg last won the Cup in 1990, while Hamilton last won it in 1999. The modern-day incarnations of the two teams have clashed in the championship game eight times, with Winnipeg holding a 5-3 advantage.

The combined 47 years without winning the championship is the second-longest Grey Cup drought by the two competing teams, only eclipsed by the 48 years since B.C. and Toronto met in the 1983 game.

Now just 60 minutes of football stands between the Ticats and Bombers and the end of a woeful streak. But the players haven't really thought about all the drought talk.

"It's not desperation to end the drought, we just want to be great and legendary. We want to be part of the Grey Cup glory forever," Ticats receiver Luke Tasker said.

It's a similar sentiment shared by CFL Defensive Player of the Year, Willie Jefferson.

"I'm fired up. I'm amped. The team is feeling the same way," he said. "We don't talk about the drought. We hope to end it,  but that's not something we talk about." 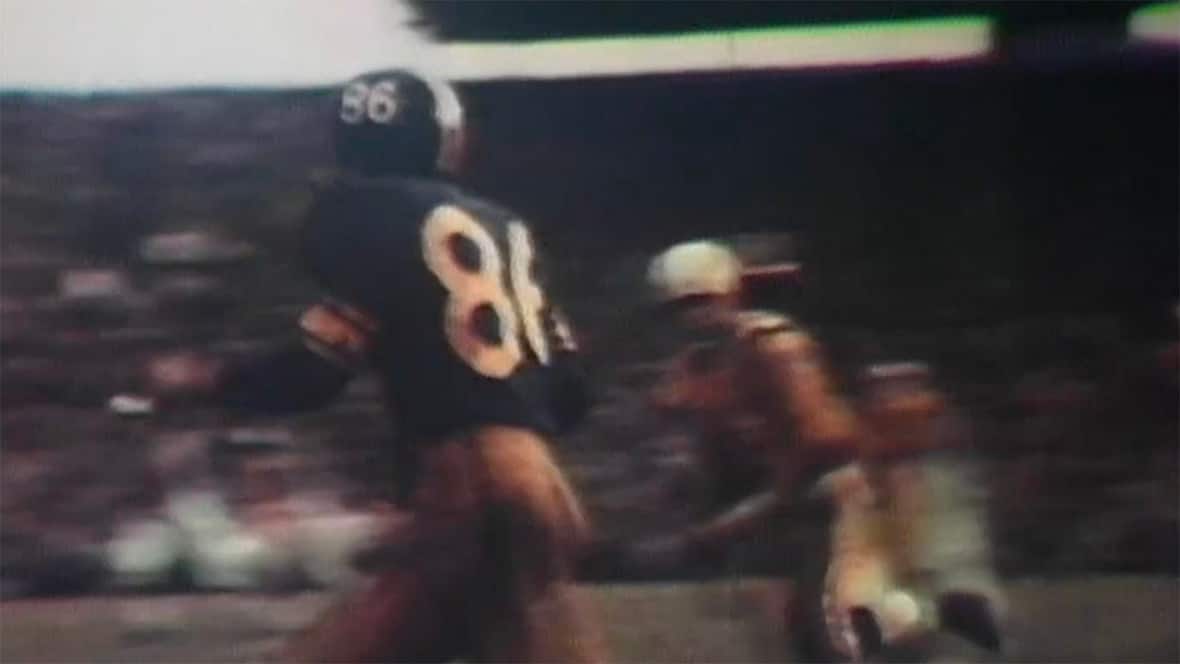 There is never a shortage of stories during Grey Cup week and this year is no different. The two coaches of the teams, Mike O'Shea of the Bombers and Orlondo Steinauer of Hamilton, once played on the same team and now are coaching against each other in the biggest game of the season. And the two quarterbacks starting on Sunday have had remarkable journeys getting to this point.

There's the history between the Ticats and the Bombers.

In the 1962 Grey Cup played between the two teams a blanketing fog rolled in off Lake Ontario in Toronto midway through the game. It was so bad the CFL suspended play on the Saturday and finished the last nine minutes and 29 seconds remaining in the fourth quarter the next day. It remains the only Grey Cup game played over two days.

Not a single point was scored the following day as the Blue Bombers held on for a 28-27 victory over Hamilton to win the Grey Cup.

At the 1965 Grey Cup between the 'Cats and Bombers weather wreaked havoc again. A wicked 65 km/h wind swirled around before the game, prompting a discussion between the officials and coaches.

In an unprecedented move, the league changed the punting rules for the championship in Toronto that day. It was decided that they would implement somewhat of a fair catch rule for the Grey Cup game. When kickers punted into the wind, the play was ruled dead as soon as the returning team caught the ball. It remains the only time in the history of the game this has happened. Hamilton defeated Winnipeg 22-16 at Exhibition Stadium.

And now the Drought Bowl. It appears weather won't be playing a factor this time. A quick look at the forecast shows an idyllic day in Calgary for the 107th Grey Cup between the two teams.

Both starting quarterbacks who began the season for each team will be on the sidelines for this game – Matt Nichols for the Bombers and Jeremiah Masoli for the Ticats both suffered season-ending injuries making way for Winnipeg's Zach Collaros to make his second Grey Cup start and Hamilton's Dane Evans to make his debut.

The Bombers acquired Collaros from Toronto after he was traded to the Argos by Saskatchewan. Since Collaros took over for Winnipeg late in the season they've been a different team, winning both playoff games on the road in hostile territory.

Evans has been nothing short of sensational for the Ticats. He helped guide the team to a 15-3 regular season record and in his first-ever CFL playoff start looked unflappable, picking apart the Edmonton Eskimos en route to a 36-16 Eastern Division Final victory to get to the Grey Cup.

And then there's the CFL's 2019 Most Outstanding Player, Brandon Banks, who on any play can make a spectacular catch or run on the field to score. He's still haunted by his punt return touchdown late in the 2014 championship game that was called back and gave Calgary the victory — he would love nothing more than to play a pivotal part in helping Hamilton capture the title on Sunday.

For Winnipeg, 2019 Defensive Player of the Year Willie Jefferson is a game-changer. Whether it's pressuring quarterbacks or knocking down passes, Jefferson is a daunting defensive player —  Evans is going to have to deal with Jefferson all game on Sunday.

The pressure of Canada's football prize can be too much for some, as the idea of being a Grey Cup champion dances in the minds of players and coaches.

That's why Hamilton coach Steinauer has been doing everything he can this week to keep his team stay relaxed throughout the festivities in Calgary.

"There were a lot of people dancing out there today," Steinauer said after Friday's practice. "They have fun but it's been this way all season."

Steinauer says he set the vision for his team — that in 2019, considering the staff he had and the players he had, he was going to keep things light off the field and hyper-focused on the field.

The coach even went as far as putting white lines on the floor of their facility leading to meeting rooms to remind the players that inside the stripes, they need to be as present as possible.

"It's the habits and this group in 2019 understands that. There isn't just one way to win a championship, but this is what works for this team," Steinauer said.

"The vision came from me. We spent time in the offseason as a staff and it was important to find people to support that vision."

Winnipeg's coach O'Shea won three championships as a player and also stresses the importance of habits to his team.

"I try to keep it as routine as possible," O'Shea said. "This week is an extended road trip where you get to be with your teammates a little longer and eat more with them."

He's also trying to keep things light for the Bombers and isn't over emphasizing the enormity of Sunday's clash.

"We're here. That's all that matters."