CFL cancels season after request for financial help turned down

The CFL has cancelled its 2020 season because of the COVID-19 pandemic. It marks the first year the Grey Cup won't be presented since 1919.

Will be 1st year Grey Cup won't be presented since 1919

CFL commissioner Randy Ambrosie shoulders the blame for the Grey Cup not being handed out for the first time in more than 100 years.

The CFL cancelled its season Monday due to the COVID-19 pandemic, meaning the Grey Cup won't be presented for the first time since 1919.

The decision comes after the CFL was unable to secure financial assistance from the federal government. The league sent Ottawa an amended request Aug. 3 for a $30-million, interest-free loan, but the sides couldn't come to terms on a deal.

It was the CFL's last-ditch effort to stage an abbreviated season in the hub city of Winnipeg. It came after the league asked for $44 million in July.

"I do feel I am responsible for the fact that we are not on the field this year," Ambrosie said in a telephone interview. "But I resolve to learn from what we've experienced and I'm looking forward to a bright future.

"I think we're all watching an example on the world stage today of a leader that takes no responsibility for anything … and no matter what happens, I won't be that guy."

2 months ago
12:05
Between other leagues starting up again and the CFL's livelihood depending on ticket sales, Devin Heroux explains the ramifications of the lost season. 12:05

"What we did was aggregate what we thought was the worst-case scenario … and we said, 'In the end our problem could be as big as $150 million,' but that became the number."

Ambrosie had stated the CFL collectively lost around $20 million last season. With no football in 2020, a source familiar with the situation said the league will lose between $60 and $80 million this year.

Ambrosie said he was at a loss to explain why the CFL and government couldn't come to a suitable financial arrangement. But two league sources said the $30-million request fell through when the assistance couldn't be provided to the league under the terms it sought.

The sources were granted anonymity because the league and government haven't discussed certain financial figures publicly. 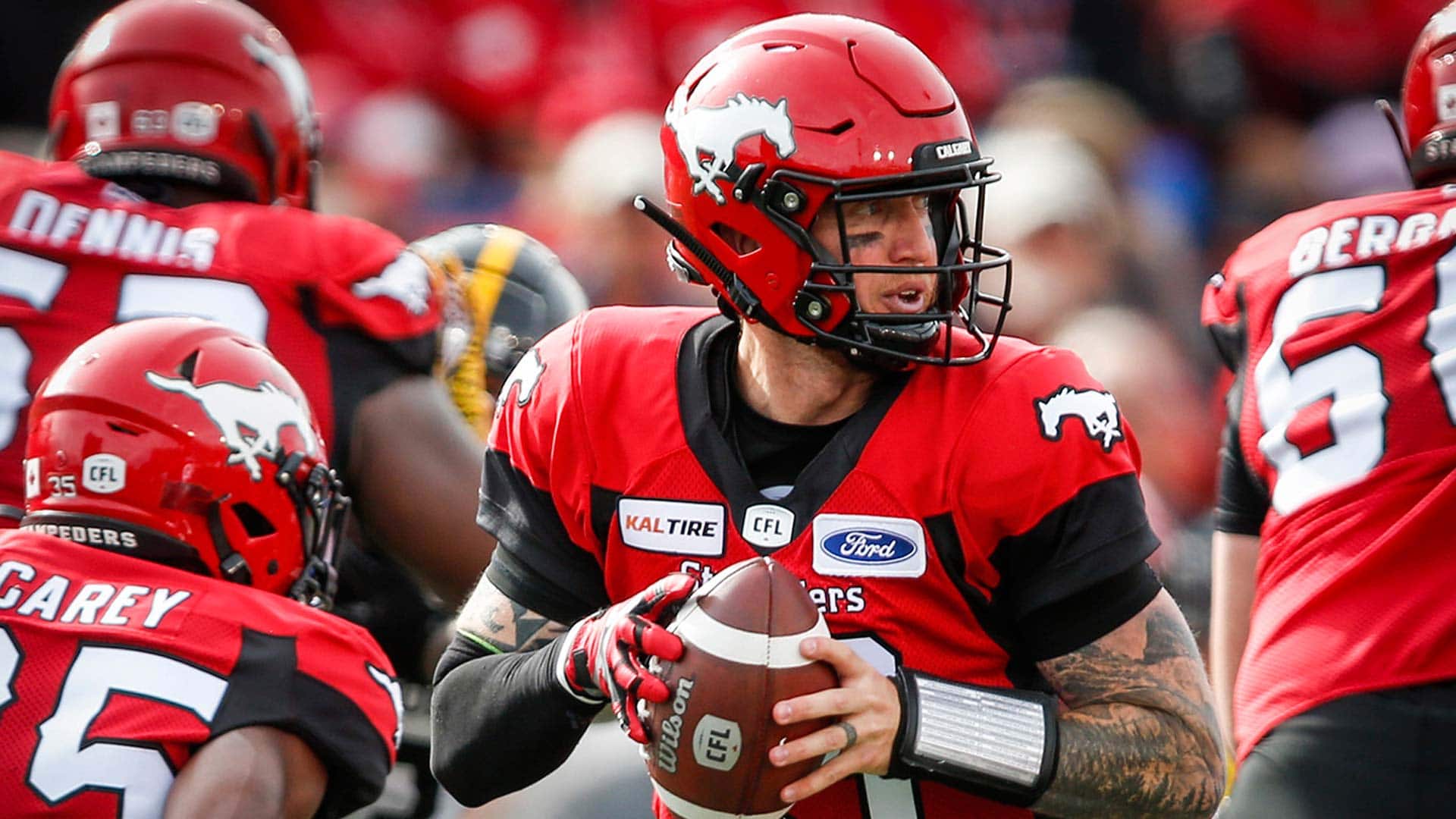 2 months ago
1:55
The CFL had sidelined its plans for a shortened 2020 season after the federal government rejected its request for $30 million in financial aid because of the pandemic. 1:55

Last month, the CFL ruled out a loan from the Business Development Bank of Canada because it felt the interest rate was too high.

"I think there were at least a couple of times when for really good reasons we felt like we were on track to be able to do something with the government," Ambrosie said. "And it didn't happen.

"I feel a sense of disappointment but not anger, just sorrow that something that I thought would come together didn't happen."

Another requirement for an abbreviated season was the CFL and CFL Players' Association agreeing on an amended collective bargaining agreement. The CFL said it was close to a deal when it called off the season Monday.

That's what made the CFL's decision Monday so surprising to CFLPA president Solomon Elimimian.

"It's definitely disappointing and yes, we were surprised," said Elimimian, a Saskatchewan Roughriders linebacker. "We felt like we were making tremendous progress . . . things were moving in a way that led me to optimism, led all of us to optimism.

"From that aspect, when the news came it was definitely tough."

Thrown for a Loss

2 months ago
6:01
The CFL cancels the 2020 season owing to COVID-19. Star offensive lineman SirVincent Rogers talks with the CBC's Dianne Buckner about the impact on him.. his fellow players.. and the fans they entertain. 6:01

Six of the CFL's nine teams are privately owned by either wealthy individuals or organizations. However, none stepped up to provide the funds necessary for a shortened season.

Ambrosie said while he's disappointed, the CFL and its teams have the luxury of time to plan for the 2021 season. However, there's plenty of uncertainty about next season, most notably if CFL fans will be allowed back in the stands.

The CFL is a gate-driven league and its teams depend heavily upon ticket sales to generate revenue. Ambrosie admits he's concerned about what impact the novel coronavirus will have on his league next season.

"Sure I am concerned but I think this is the challenge we're all facing together," he said. "None of us really know what 2021 is going to look like." 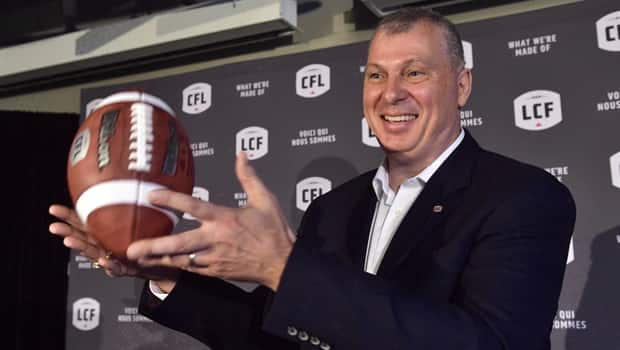 6 months ago
4:47
Testifying before the House of Commons standing committee on finance on Thursday, CFL Commissioner Randy Ambrosie stated the league could need up to $150 million from the federal government if their season is wiped out due to the COVID-19 pandemic. 4:47

Minister of Canadian Heritage Steven Guilbeault said the government tried to work with the CFL.

"Our government helped the CFL navigate through the existing COVID-19 emergency response programs that are helping tens of thousands of businesses across Canada with revenue and liquidity challenges during this time," Guilbeault said in a statement.

"Although the league was able to benefit from some of these programs, its board members ultimately made the decision not to pursue the upcoming season."

Feds 'made the right decision'

The federal government made the right decision here. While the CFL is an extremely important part of our sport heritage, it’s not entitled to special treatment. Some fans will be very disappointed, but the league’s ask simply wasn’t fair or reasonable. <a href="https://twitter.com/hashtag/ldnont?src=hash&amp;ref_src=twsrc%5Etfw">#ldnont</a> <a href="https://t.co/LXixz04TWf">https://t.co/LXixz04TWf</a>

With the cancellation, the CFL becomes one of the few major North American pro sports leagues to wipe out play in 2020. Major League Baseball is running a shortened season, while the NHL, NBA and Major League Soccer have resumed play.

While the pandemic has forced football leagues — pro and collegiate — to suspend operations this year, the NFL is planning to play a full regular season. However, 66 players have currently opted out of participating in the 2020 campaign, which could create opportunity for some CFL players to sign deals south of the border and have a chance to earn a football paycheque, either on the active roster or on the practice squad.

Ambrosie said the CFL is amendable to doing what it can to help its players.

"Where we can do something we will," he said.

Ambrosie has received heavy criticism for his leadership in navigating the CFL through the pandemic. Players routinely took to social media to voice their displeasure with Ambrosie throughout the process and politicians from all major parties criticized the league for not having its players involved in its initial financial assistance request.

"It's been hard and it wouldn't be honest to say that every day since this all started has been a bowl of cherries because it hasn't," Ambrosie said.

"I'm going to lean in as hard or harder than anything I've done in my career because I think we've got something special and I'd like to be part of it."