After a disappointing 10th-place finishin Hong Kong, the Canadian men's rugby sevens team hopes to turn things around at the Commonwealth Games in Gold Coast, Australia.

After a disappointing 10th-place finish in Hong Kong, the Canadian men's rugby sevens team hopes to turn things around at the Commonwealth Games in Gold Coast, Australia.

"There's a lot of belief in this team," said playmaker Nathan Hirayama. "Last year we had a bit of a bounce-back season and I think the feel on the team is we can get back to that at any moment. So we'll [be] trying to find that form."

The Canadians finished eighth overall on the World Series last season, hoisting the trophy in Singapore for the first Cup win in their 140th event on the circuit.

But this season has been challenging to date.

Last weekend in Hong Kong, Canada lost to eventual runner-up Kenya, Australia and Spain to drop into the consolation Challenge Trophy bracket. The Canadians beat South Korea and Russia before falling to France in the Challenge Trophy final to finish 10th.

Canada was fourth at the Cape Town stop of the World Series, with an impressive victory over Fiji before losing to South Africa in the bronze medal game. But the Canadians were 11th in Dubai, 13th in Sydney, 11th in Hamilton, 10th in Las Vegas and 14th in Vancouver before Hong Kong.

'A real belief in the squad'

Despite recent results, Canada has shown it can beat anyone on the circuit if it puts its game together.

"It's not just saying that, it's a real belief in the squad," said Hirayama, who is tied for the World Series scoring lead this season with 241 points and stands fifth on the all-time scoring list with 1,371 points. "And that's partially why sevens is such an exciting game. Because I think that's kind of the feel among most teams. I think that's what makes the game so special."

The rugby sevens competition runs Friday through Sunday at Robina Stadium, home of the NRL's Gold Coast Titans. Canada is in Pool C with New Zealand, Kenya and Zambia. 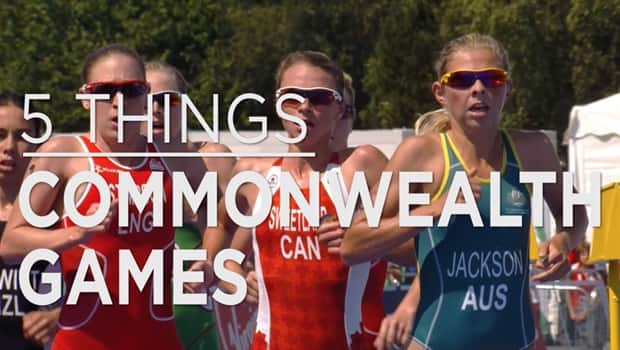 5 Things About The Commonwealth Games

The congested schedule combined with Canada's lack of depth means coach Damian McGrath's team will likely be at a disadvantage at the games. Other teams have rotated their roster to arrive fresh here.

And unlike the World Series, where the top two in each pool move on to the Cup quarterfinals, only the pool winners advance to the semifinals here.

The Canadian men's best finish at the games was sixth in 1998. They were ninth four years ago in Glasgow.

Hirayama has had his own bounce-back from a nasty staph infection that forced him to spend part of his 30th birthday in hospital. The native of Richmond, B.C., just finished a round of antibiotics and says he is back to full health.

The Canadians have weapons

Justin Douglas is a dangerous strike runner. And CFL speedster Tevaughn Campbell, while still raw in rugby, has speed to burn. Captain John Moonlight is a physical force while Hirayama and Harry Jones add veteran smarts.

After the games, the Canadian men leave for Singapore to defend their title at the April 28-29 tournament. Campbell will then rejoin the Montreal Alouettes for training camp.

The Canadian women have a similarly gruelling month with World Series stops in Japan (April 21-22) and Langford, B.C., (May 12-13) following the Commonwealth Games. Coach John Tait's team, Olympic bronze medallists in Rio, is in a pool with New Zealand, South Africa and Kenya.

With just two groups on the women's side, the top two teams from each advance to the semifinals.

The Gold Coast marks the sixth men's rugby sevens competition at the Commonwealth Games and the first for the women.

It's the third games for Hirayama.

"I love the Commonwealth Games," he said. "All the boys are really excited to be here. It's a lot different than what we're used to, being a part of a bigger Team Canada, but hopefully it's something really special."