It's not often you can pinpoint an exact time a "golden age" began, but for Canadian sports a single week in June 20 years ago is as close as you'll ever get.

Oleksiak, Barrett, Andreescu and Davies are kings and queens on world stage

It's not often you can pinpoint an exact time a "golden age" began, but for Canadian sports a single week in June 20 years ago is as close as you'll ever get.

Penny Oleksiak, who came out of nowhere at just 16 years old during the Rio Olympics, became the first Canadian to win four medals at a Summer Games, including that memorable gold medal win. Oleksiak was born on June 13, 2000.

Then there's R.J. Barrett, who was drafted third overall in last year's NBA draft, making him one of the highest-drafted Canadians ever after a standout career at Duke. He was also tournament MVP when Canada won its historic FIBA Under-19 World Cup in 2017. Barrett was born one day after Oleksiak on June 14. 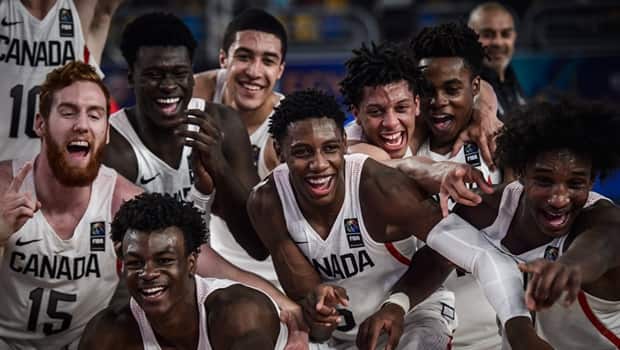 Don't forget about tennis superstar Bianca Andreescu, who had a breakout season last year winning the Indian Wells event, the Rogers Cup and then became the first Canadian to win a Grand Slam singles title by defeating Serena Williams at the U.S. Open.

Andreescu was born two days after Barrett on June 16.

This golden generation of Canadian athletes also includes Alphonso Davies, who became the youngest defender and first Canadian men's national team member to win a Champions League title as a member of FC Bayern Munich. He was born on Nov. 2, 2000.

Twenty years later, these four  powerhouse Canadian athletes are at the top of the sporting world in swimming, basketball, tennis and soccer.

Perhaps what's most impressive about Davies, Andreescu, Barrett and Oleksiak (there are a number of others as well) is that they're fearless when it comes to their approach to their sports. 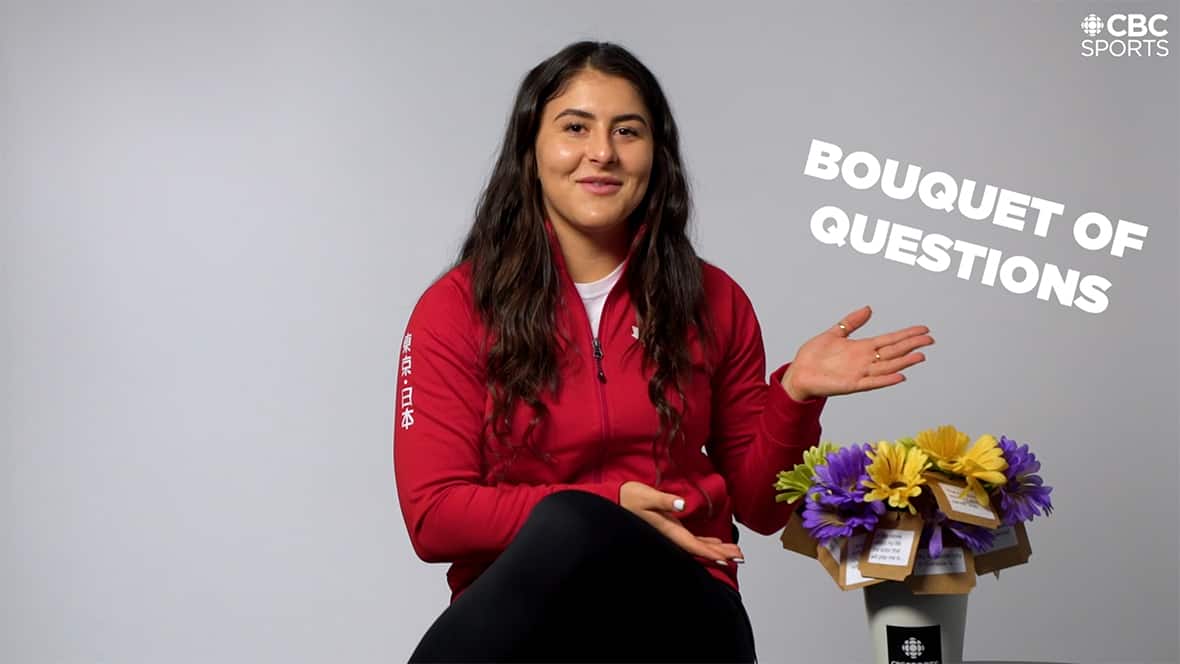 Bouquet of questions, with Bianca Andreescu

5 months agoVideo
3:22
Watch Canada's tennis star answer a variety of questions, like what her superstitions are, and the most famous person in her phone contacts. 3:22

In some ways their swagger, confidence and belief in being the best is traditionally un-Canadian. but this winning state of mind is becoming more and more a part of the psyche for athletes wearing the maple leaf.

The most recent Canadian sporting success features the magnificent Davies, whose journey to the top is extraordinary.

Born in a refugee camp in Ghana to Liberian parents, Davies moved to Canada when he was five. He played for various Canadian youth national teams while growing up in Edmonton before getting his Canadian citizenship. He made his senior national-team debut at the age of 16.

His meteoric rise to the top of the football world has been remarkable. His humility is always so evident throughout it all.

And Davies' joy as he hoisted the trophy told the story. His smile radiated.

"Who would've ever thought — a guy from Canada, playing at a club like Bayern Munich, winning Champions League? Never would've guessed it," Davies said in a post-match interview.

"I think two years, if someone had told me this, I would've said, 'Yeah, you're lying.' But I mean, dreams do come true. And I just want to say thank you everyone for supporting me back home." 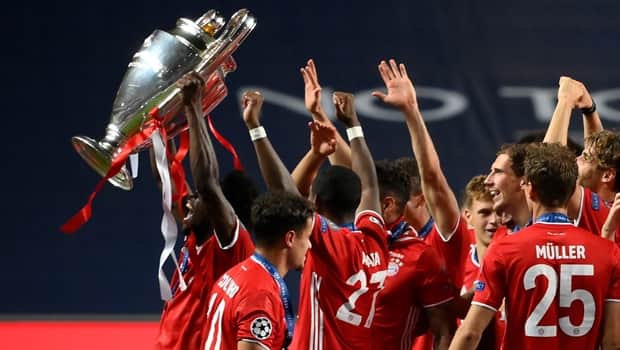 There was a great moment that highlighted this newfound attitude during Andreescu's post-match interview after she captured the U.S. Open title.

Both Andreescu and her coach, Sylvain Bruneau, stood smiling with their trophies as a throng of photographers snapped away. Then someone noticed Bruneau holding his trophy the wrong way — he spun it around nervously.

"I'm not used to this," Bruneau joked out loud with reporters watching.

"Get used to it," Andreescu fired back.

It was a quick little moment that so perfectly summarized the Canadian teenager's fighting spirit.

Oleksiak has that same fighting spirit.

Who will ever forget that magical gold-medal tying performance for the 16 year old four years ago?

And the reaction when she finally turned around to see that she had touched the wall at the same time as American Simone Manuel to set an Olympic record was beautiful and pure.

"I think everyone dreams about becoming an Olympic champion. It's definitely something I thought of, but not super seriously," Oleksiak joked after a post-race interview.

She seemed as shocked as her coaches and the thousands of people across Canada who were just getting to know this swimming sensation.

Oleksiak's performance was a surprise not only in the Canadian swimming scene but the entire sporting landscape.

But nobody should be surprised anymore by Canadian athletes standing atop podiums. The bar and game has changed. No longer is it enough to just be happy to be there.

All these firsts, setting the stage for those following these four. A new normal and a chance for those who come behind them to imagine greatness in a way Davies, Andreescu, Barrett and Oleksiak never could.

And they've only just begun.