The WNBA will not play its three games Wednesday night following the shooting of Jacob Blake over the weekend. The move came hours after the NBA decided to postpone its three playoff games with its players choosing to boycott in their strongest statement yet against racial injustice.

The WNBA postponed its three games Wednesday night following the shooting of Jacob Blake over the weekend.

The move came hours after the NBA decided to postpone its three playoff games with its players choosing to boycott in their strongest statement yet against racial injustice.

"We know it's a very emotional time for our players. They are struggling with what's been happening in this country for months, if not years," said WNBA Commissioner Cathy Engelbert, who said the league supports its players decision to not play Wednesday night.

In Bradenton, Fla., in the WNBA bubble, Washington was set to play Atlanta, Minnesota was going to face Los Angeles, and Connecticut was going to meet Phoenix. Players from the Mystics, Dream, Sparks and Lynx were talking on the court for about an hour deciding whether to play or not. The decision was announced shortly before the expected 7 pm. EDT tip for the Mystics and Dream.

All four teams took a knee at centre court right before leaving the court.

Atlanta Dream player Elizabeth Williams read a statement on ESPN saying that the "consensus is not to play in tonight's games."

"We stand in solidarity with our brothers in the NBA, and will continue this conversation with our brothers and sisters across all leagues and look to take collective action," said Williams, the secretary of the players' union. 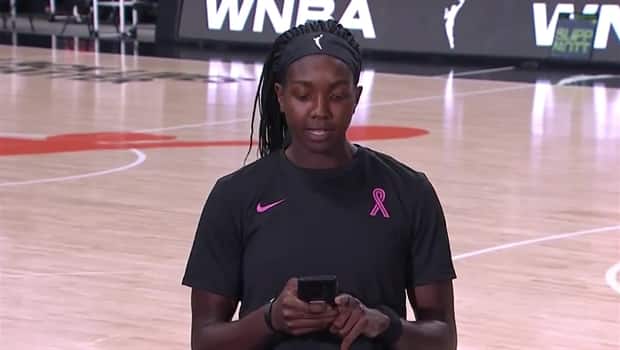 6 months ago
1:58
Center Elizabeth Williams of the Atlanta Dream reads a statement on national TV after three WNBA games were boycotted by the players. 1:58

The Mystics came into the arena wearing shirts that spelled out Blake's name on the front and had holes in the back to signify the seven bullets that the 29-year-old black man was hit with by police in Kenosha, Wisc.

The league had just passed its halfway mark of the 22-game season. With teams playing pretty much every other day in the bubble the postponed games will most likely have to be made up after the regular season ends on Sept. 12.

The WNBA and its players have dedicated this season to social justice. Players have been wearing the name of Breonna Taylor on the back of the uniforms all season long.

Taylor, a 26-year-old Black emergency medical technician, was shot eight times by plainclothes Louisville police officers serving a narcotics search warrant at her apartment on March 13. No drugs were found. Her family and protesters around the country have called for swift action against the officers who shot Taylor. 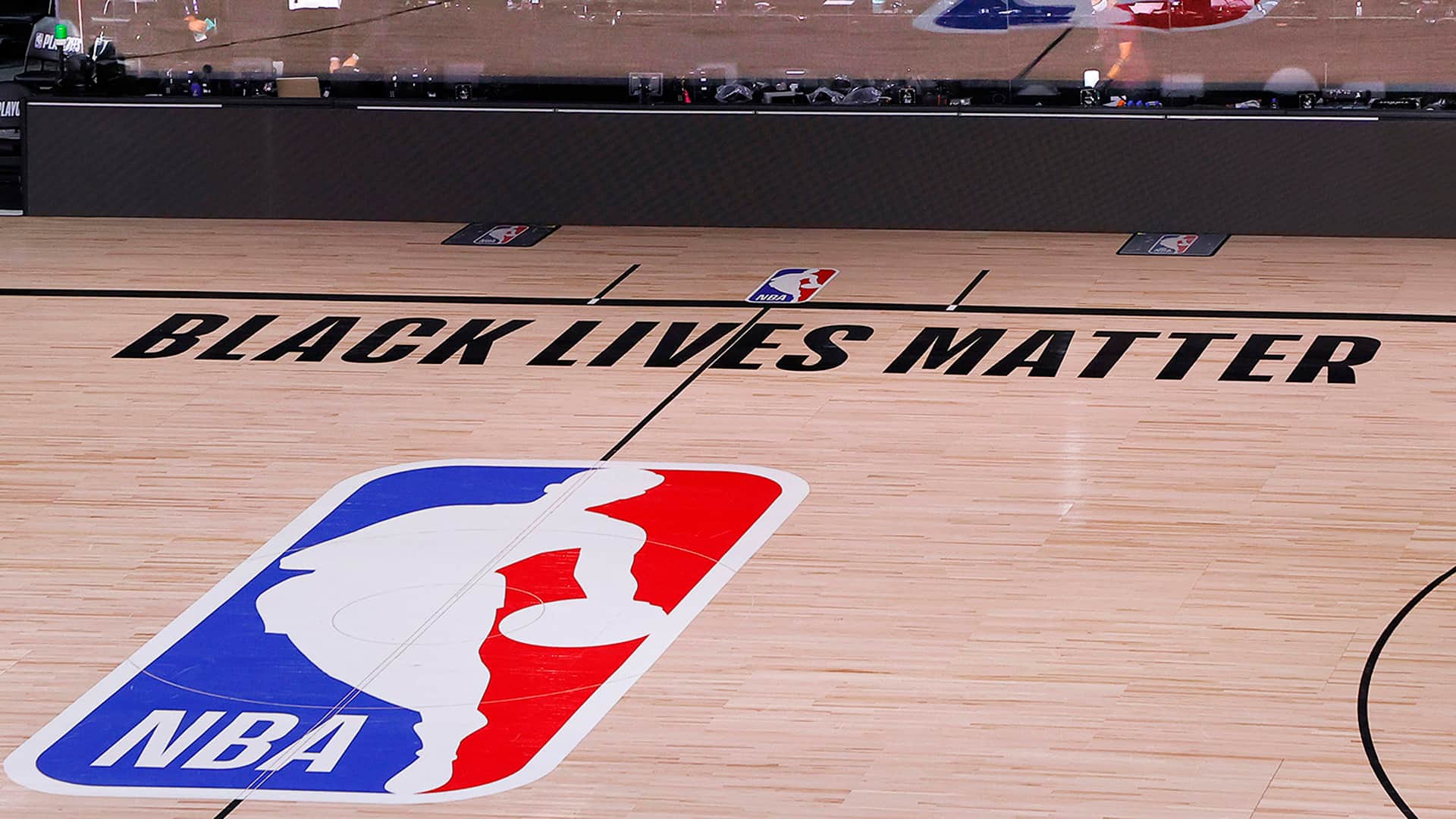