Jewell Loyd connected on a 3-pointer from the left corner as time expired to cap a 25-point performance and give the Seattle Storm a 90-89 victory over the Los Angeles Sparks on Friday night at Bradenton, Fla.

Lynx down Wings as starters, including Canadian Bridget Carleton, all score 10-plus

Jewell Loyd connected on a 3-pointer from the left corner as time expired to cap a 25-point performance and give the Seattle Storm a 90-89 victory over the Los Angeles Sparks on Friday night at Bradenton, Fla.

Sue Bird inbounded the ball with 0.8 seconds left to Loyd, who quickly put up a shot that dropped in to give the first-place Storm (15-3) their fourth consecutive victory. The officiating crew reviewed the play and determined Loyd's feet were inbounds when she caught the ball.

Los Angeles had taken an 89-88 lead when Riquna Williams drained two free throws with 0.8 seconds left prior to Seattle using a timeout to set up the final shot. The Sparks (13-5) lost for just the second time in their past 12 games, and they fell into a tie for third place.

Gray split two free throws with 20.8 seconds remaining to give the Sparks a two-point advantage before Stewart's tying basket with 14 seconds left set up the suspenseful finish.

Seattle scored the first basket of the game but didn't lead again until Stewart's basket gave the team a 53-52 edge with 7:12 left in the third quarter.

The stanza was a back-and-forth affair as there were 10 lead changes and five ties. The Storm's Epiphanny Prince scored the final basket with three seconds left to knot the score at 69 entering the fourth quarter.

Alysha Clark drained a 3-pointer to give Seattle a 79-75 lead with 6:09 remaining in the contest. Los Angeles recovered to tie the contest at 82 on Parker's layup with 2:52 left.

Parker scored 17 first-half points to help the Sparks lead 49-45 at the break.

Leilani Mitchell had 20 points and 12 assists and the Washington Mystics snapped a five-game losing streak by defeating the Chicago Sky 79-69.

Myisha Hines-Allen contributed 19 points and 10 rebounds for Washington (5-12), which had lost 12 of its last 13 games. Ariel Atkins tossed in 13 points, including a pair of clutch 3-pointers in the late going among her 3-for-6 shooting from long distance overall.

Emma Meesseman added 15 points with five assists and three steals in the Washington victory. The Mystics shot 48.4 percent from the field.

Cheyenne Parker had 17 points on 8-for-9 shooting to lead the Sky (11-8). Courtney Vandersloot racked up 16 points and 11 assists and Allie Quigley added 12 points. The Sky were held to 44.4 percent shooting overall and 26.9 percent on 3-point attempts.

The Mystics offence was humming in the first quarter as they raced to a 32-21 lead. Hines-Allen scored eight points by making all four of her field-goal attempts, while Mitchell doled out eight assists.

Chicago chipped away behind Vandersloot and Parker in the second quarter, cutting Washington's lead to 45-40 by halftime. Parker reached the 11-point mark by halftime, while Vandersloot had nine points and seven assists. Hines-Allen and Meesseman supplied 10 points apiece for the Mystics.

In a game of double-digit runs, the Minnesota Lynx outlasted the Dallas Wings for an 88-75 victory.

The entire starting five for Minnesota (12-5) was in double digits in points by the end of the third quarter. Napheesa Collier (14 points, 14 rebounds) and Damiris Dantas (18 points, 13 rebounds) each notched double-doubles. 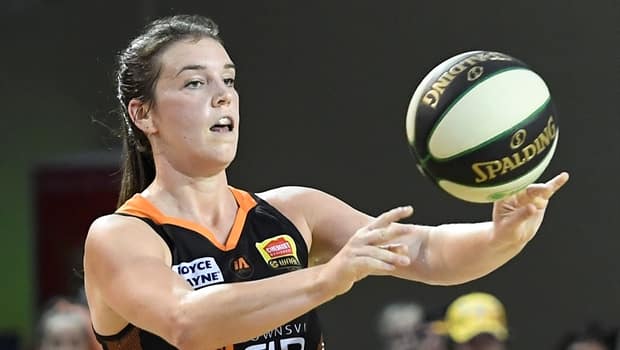 3 months agoVideo
0:40
Canadian Bridget Carleton scored 9 of her 11 points in the third quarter to help the Minnesota Lynx comeback to beat the Dallas Wings 88-75. 0:40

Allisha Gray set a new career high in scoring before the end of the third quarter and finished with 26 points on 9-for-15 shooting for Dallas (6-11).

Both teams started the game hot, scoring 18 combined points in less than three minutes. But the Lynx went on a 15-2 run over the next few minutes with Collier scoring six points.

But then Minnesota went colder than the Arctic Ocean, going more than 10 minutes without a field goal.

And during that time, the Dallas went on a tear. By the end of the first, they cut the deficit to 25-24. Then over the first seven minutes of the second quarter, the Wings scored 18 of the game's next 20 points to take a 15-point at 42-27.

The Lynx's cold stretch ended when Crystal Dangerfield hit a 3-pointer with 2:28 left in the half and Minnesota ended the half down just eight points, 49-41.

Then the third quarter was all Minnesota. The Lynx started the frame on a 17-3 run to go up by six, then went back-and-forth with the Wings to end the quarter up 69-63.

Minnesota continued rolling in the fourth, outscoring the Wings 19-12 in the quarter. Dallas' lack of ability to score in the paint was a major reason for its second-half struggles — even though the Lynx scored only 10 points in the paint in the second half after scoring 30 in the first.

Arike Ogunbowale, the league's leading scorer at 21.7 ppg, had 14 points on 4-of-15 shooting for Dallas. Teammate Kayla Thornton finished with a plus/minus of minus-30.